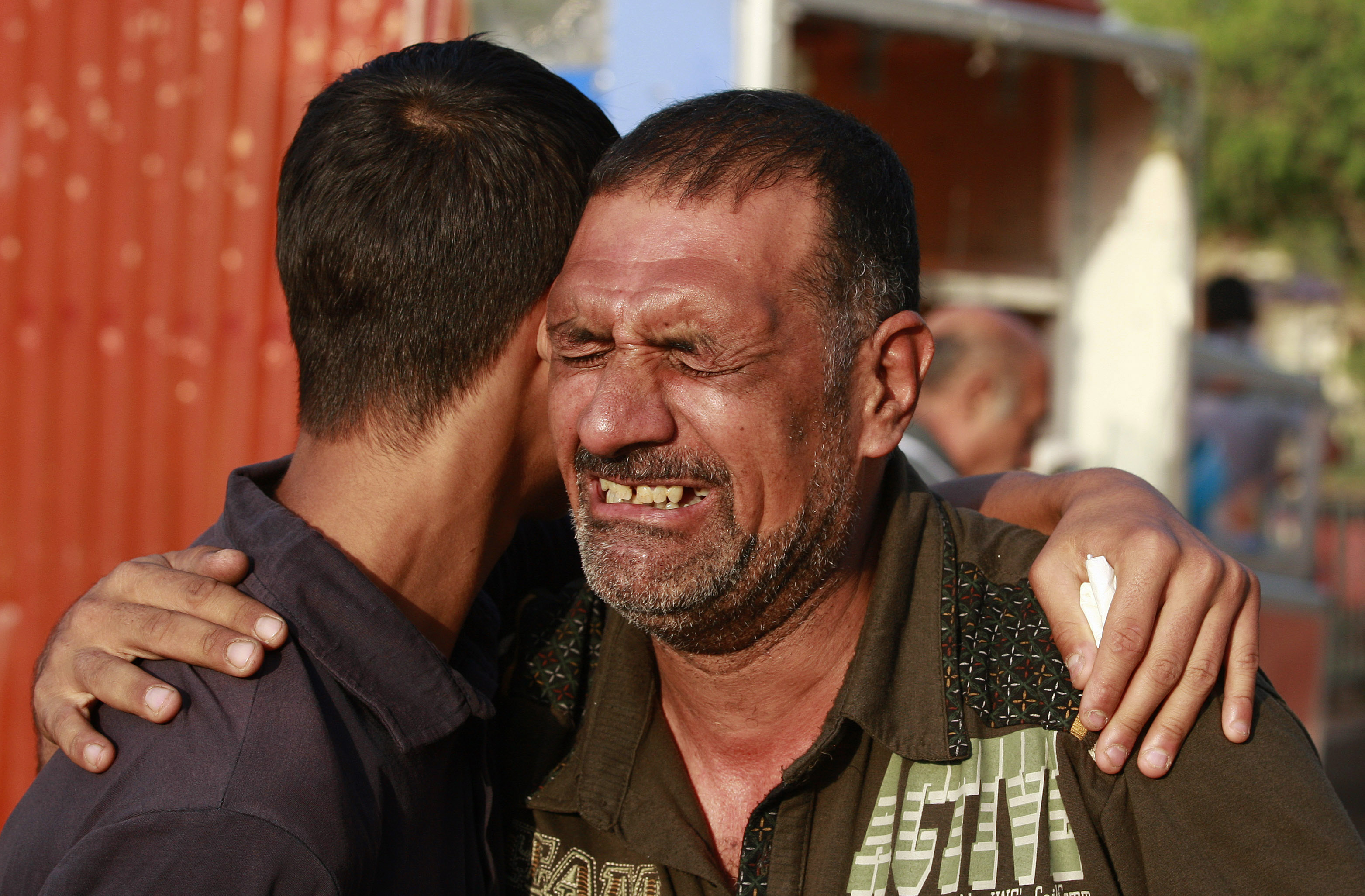 BAGHDAD Insurgents bent on destabilizing Iraq killed at least 46 people in numerous attacks scattered around the country on Sunday, striking targets as varied as a coffee shop, a wedding party convoy and a carload of off-duty soldiers.

The attacks are part of a months-long wave of killingthat is the country's worst spate of bloodshed since 2008. The violence is calling into question the security forces' ability to protect the country and raising fears that Iraq's sectarian and ethnic divisions are pushing it back toward the brink of civil war.

One of the day's boldest attacks happened near the northern Iraqi city of Mosul, where militants set up a fake security checkpoint, captured five soldiers and shot them dead, a police officer said. The soldiers were dressed in civilian clothes and returning to base in a taxi.

Inside Mosul, other gunmen in a speeding car shot and killed a grocer, he said, though the motive was not immediately clear. The grocer was a member of the Shabak ethnic group, which has its own distinct language and religious beliefs.

Mosul, a former insurgent stronghold, is about 360 kilometers (220 miles) northwest of Baghdad.

Another police officer said a car bomb exploded as a judge drove past in the northern town of Balad, killing three nurses and a man who had been walking nearby. Thirteen other people were wounded, including the judge, his brother and a driver, he added.

Attacks have been on the rise in Iraq since a deadly security crackdown in April on a Sunni protest camp. More than 3,000 people have been killed in violence during the past few months, raising fears the country could see an even deadlier, sectarian round of bloodshed similar to what brought the country to the edge of civil war in 2006 and 2007.

Many of Sunday's victims were civilians going about their normal business despite the rising risks.

In the town of Madain, about 25 kilometers (15 miles) southeast of Baghdad, a car bomb explosion killed four and wounded 12, another police officer said. Authorities reported that another bomb there struck a group of young people playing soccer, killing four and wounding 13.

Multiple blasts hit the city of Baqouba, about 60 kilometers (35 miles) northeast of Baghdad.

Police said one bomb exploded near a police officer's house, killing his 8-year old son and wounding 11 other people, police said. The police officer was unharmed.

Later in the day, a parked car bomb went off in a residential area in the city, killing seven and wounding 34. Yet another bomb exploded next to a wedding party convoy, killing four and wounding 17, police said.

In the capital Baghdad, a car bomb at a market in the southeastern and largely Shiite neighborhood of al-Ameen killed three civilians and wounded 13 others, authorities said. Three other civilians were killed and six wounded when a bomb attached to a car exploded while passing through the capital's eastern Zayona neighborhood, police said. Another bomb went off in a commercial area in the western Ghazaliya area, killing two people and wounding seven others, officials said.

Later in the evening, police said a bomb tore through a coffee shop, killing eight and injuring 27 in Baghdad's northern Shaab neighborhood.

Medical officials confirmed the casualty figures. All officials spoke on condition of anonymity as they were not authorized to release the information.

Violent attacks last month claimed the lives of more than 1,000 people, the highest monthly death toll in five years, according to the United Nations. More than 420 people have been killed so far in August, according to an Associated Press count.