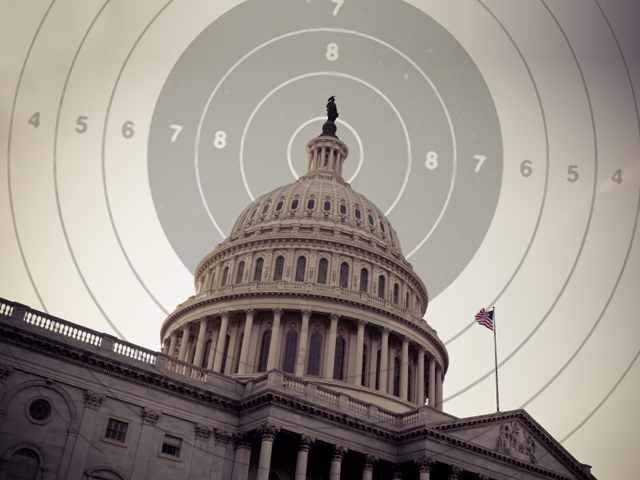 A bill banning military-style assault weapons and high-capacity magazine clips has cleared the first hurdle toward congressional passage, gaining approval in the Senate Judiciary Committee even while its broader future is unclear.

The bill, a key component of the Obama administration's comprehensive legislative and executive package aimed at reducing gun violence in America, passed through the committee despite a heated exchange between Sen. Dianne Feinstein, D-Calif., and freshman Sen. Ted Cruz, R-Tex. It now heads to the full Senate for debate and, potentially, a vote. If successful there, the legislation will make its way to the House of Representatives.

It's unlikely Democrats will be able to secure a vote in the Senate, however, given the 60-vote threshold needed to prevent a filibuster. The assault weapons ban is controversial even among some Democrats, and no Senate Republicans have expressed any intent to support it.

In the aftermath of the shootings last December in Newtown, Conn. - which inspired President Obama to make a hard push for tougher gun laws - some Republicans have shown flexibility on certain gun control issues, and at least one piece of legislation has begun to make its way through the Senate. Last week, a bill making gun trafficking a federal crime, made its way out of committee with the support of a Republican co-sponsor.

But the assault weapons ban legislation, which is a harder sell among Republicans and some Democrats, is considered a critical piece of the president's package, in part because it includes the high-capacity magazine limit, a key component of the president's plan. Many gun safety advocates argue that banning high-capacity magazine clips is among the most surefire way to prevent shooters from killing dozens of people within minutes.

It's possible that Senate Democrats will strip the assault weapons ban of that provision in order to spare it in the wake of the larger bill's likely failure. Senate Majority Leader Harry Reid, D-Nev., could also choose to bring up an alternate assault weapons ban bill that does not include the provision covering high-capacity magazine clips.