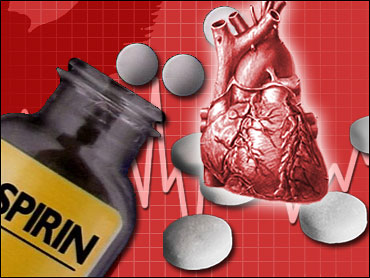 A combination of the blood thinner Plavix and aspirin is no better than aspirin alone at preventing deaths, heart attacks, and strokes in people at high risk of cardiovascular disease, a study of more than 15,000 people shows.

And in people with multiple risk factors such as high blood pressure or high cholesterol, the combo may do more harm than good, reports Deepak Bhatt, M.D., a cardiologist at The Cleveland Clinic.

The findings do not change recommendations that people who have recently had a heart attack continue taking the drugs, Bhatt stresses.

Just as unexpectedly, he says, people who had suffered a previous heart attack or stroke appeared to benefit from the one-two punch.

"It's intriguing, this dichotomous result," Bhatt tells WebMD. "Overall, though, [Plavix] plus aspirin is not significantly more effective than aspirin alone in reducing the rate of heart attacks, strokes, or death from cardiovascular disease in this broad population of high-risk patients."

The results, which were presented here at the annual meeting of the American College of Cardiology, were simultaneously published in The New England Journal of Medicine.

Plavix is already used to prevent future heart attacks and strokes in people who have suffered such events. Aspirin is a mainstay of heart disease prevention, with millions of Americans popping a low-dose tablet each day.

The new study was designed to see if the combination might be useful for a larger group of people.

Both drugs interfere with platelets, which clump together to form the blood clots that can cut off blood supply to the heart or brain, causing heart attacks and strokes. But the drugs act in different ways, so the researchers wanted to see if combining the two works better than one alone.

Some Benefits for Heart Patients

The study, dubbed CHARISMA, included 15,603 people who either had multiple risk factors for heart disease, such as smoking, high blood pressure, high cholesterol, or diabetes, or who had established cardiovascular disease, defined as having had a previous heart attack, stroke, or poor circulation in the legs.

The participants, who were all at least 45 years old, were randomly assigned to receive either aspirin plus Plavix or aspirin plus a placebo for an average of 28 months.

A total of 6.8% of people on the Plavix combination suffered a heart attack, stroke, or died from cardiovascular causes, compared with 7.3% in the placebo group — a difference so small that it could have been due to chance.

When the researchers looked only at the 12,153 people with established cardiovascular disease, however, the addition of Plavix did have benefit, with only 6.9% of them suffering a heart attack or stroke or dying vs. 7.9% on aspirin alone.

"This translates to a significant 12% reduction in risk," Bhatt says.

But the 3,284 patients with multiple risk factors were nearly 50% more likely to die from cardiovascular causes, he says. In this subgroup, 3.9% of Plavix users died vs. 2.2% on placebo. People taking Plavix were also more likely to suffer moderate bleeding, he says.

Marc A. Pfeffer, M.D., Ph.D., of Harvard Medical School, and John A. Jarcho, M.D, of The New England Journal of Medicine, write that the risks and costs of the combination therapy appear to outweigh the benefits for the people studied.

"The absence of a clear benefit in terms of outcome, coupled with an increased rate of bleeding … argues against the use of dual antiplatelet therapy in this patient population," they write in an editorial accompanying the study.

Plavix is co-marketed by Sanofi-Aventis and Bristol-Myers Squibb Co., which funded the study. Both are WebMD sponsors.