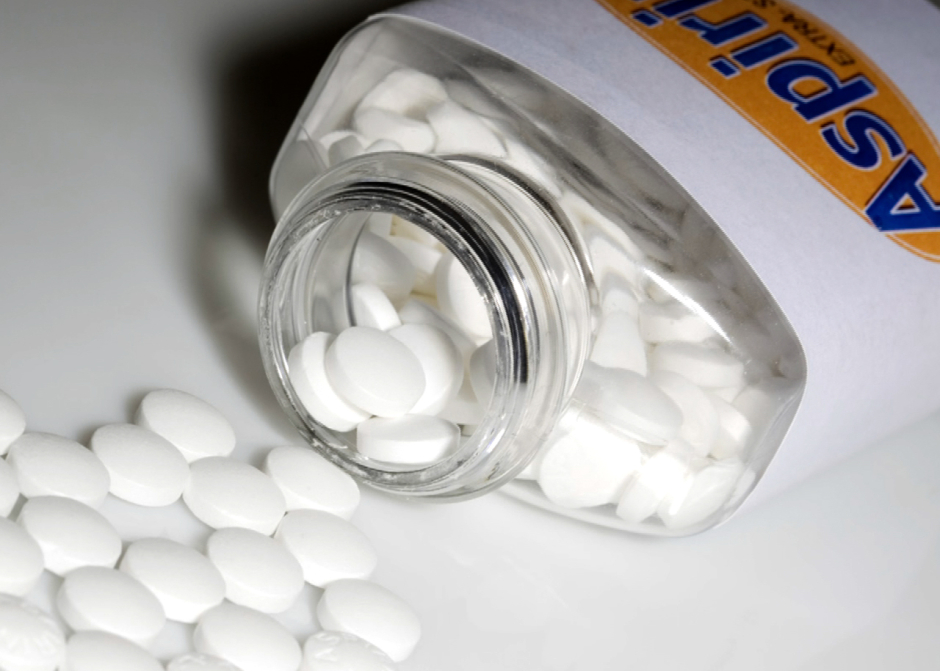 Obese women who have battled breast cancer might halve their chances of a recurrence if they take aspirin or other nonsteroidal anti-inflammatory drugs (NSAIDs) regularly, new research suggests.

The researchers followed 440 breast cancer survivors -- most of them past menopause and overweight or obese -- who were diagnosed between 1987 and 2011. The women had estrogen receptor-positive breast cancer, which requires the hormone estrogen to grow.

Over the seven-year follow-up, taking the pain medications was linked to a difference in recurrence: "Twelve percent of those not taking NSAIDs had a recurrence, but 6 percent of those taking the drugs did," said study author Linda deGraffenried, an associate professor of nutritional sciences at the University of Texas in Austin.

Of the 440 women, 159 used painkillers and 281 did not. Most of those using painkillers took aspirin, deGraffenried said, while some took other types of NSAIDs, such as Motrin or Aleve.

The average body mass index (BMI) of the women was about 31. BMI is a measurement based on height and weight. A BMI of 30 and higher is termed obese; a BMI of 25 to 29.5 is considered overweight. At the time of diagnosis, the women were about age 55 to 60.

If the cancer did recur, it took longer in those who took painkillers: 6.5 years compared to about 4.2 years for the nonusers, the investigators found.

How could the painkillers, which the women took for arthritis and other problems, help? The key may be the anti-inflammatory properties of the medicines, deGraffenried said.

Also, painkillers have side effects, she added, such as a risk of gastrointestinal bleeding.

If future research bears out the latest findings, deGraffenried said, giving women with estrogen receptor-positive breast cancer a daily NSAID may reduce or delay the return of the breast cancer, and possibly spare them from needing additional treatments.

The concept makes sense, said Leslie Bernstein, director of the division of cancer etiology at the Beckman Research Institute of the City of Hope Cancer Center in Duarte, Calif. Bernstein is a longtime breast cancer researcher.

However, the study has some limitations, Bernstein noted. It relies on chart reviews, for instance, not direct interviews with the women. It would also have been valuable to look at aspirin alone, she added, rather than a variety of NSAIDs.

Bernstein agreed more work should be done, including clinical trials to focus on aspirin. If the research continues to bear out, she said, a recommendation to take a daily aspirin might help reduce recurrence of breast cancer.

This preventive measure might be adhered to better than other advice to minimize breast cancer risk, such as increasing physical activity, Bernstein added.

"You can't get all women to exercise," she said, "but you can get them to take an aspirin every day."