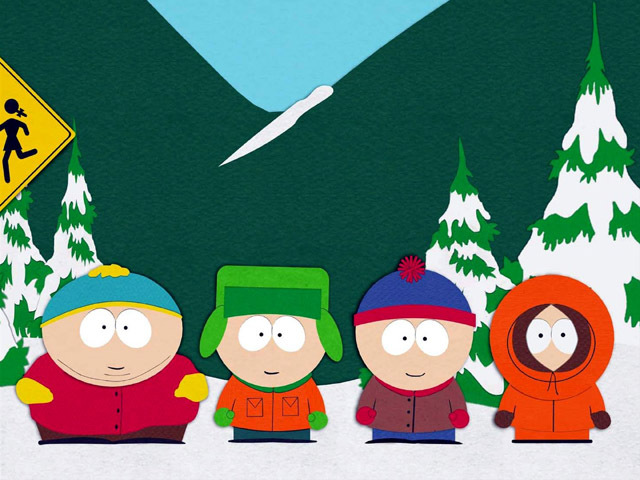 The target of this week's episode? The controversy surrounding the purported link between vaccines and developmental disorders like autism and Asperger's syndrome.

Picking up where Michele Bachmann's controversial remarks left off, the episode starts with the South Park boys discussing how girls at their school are being required to get HPV vaccinations. Bachmann had made headlines by slamming fellow Republican hopeful Rick Perry for mandating these vaccinations for Texas schoolgirls, CBS News reported.

Fourth -grader Kyle, one of the main characters in the quartet, breaks down the controversy for his friends, explaining that some people believe vaccines can cause autism or Asperger's. That hubbub picks up when another character, Stan, visits the school's guidance counselor in a sullen mood, which the counselor mistakes for symptoms of a developmental disorder. The counselor then calls the school nurses and and asks, "Did we vaccinate Stan Marsh for the flu last year? I think he's got Asperger's."

Stan's story gets national attention as the first confirmed case of Asperger's caused by a vaccine and the President even signs a bill, "Stan's Bill," to ban mandatory vaccinations. The oft-controversial quartet member, Eric Cartman, then joins the brouhaha by shoving hamburgers down his pants, claiming the vaccine caused him to develop Asperger's as well.

What's the truth about vaccine safety?

The controversy first started from a since-debunked 1998 study suggesting a link, but this past August, the Institute of Medicine issued a report that said there was no evidence of a link between autism and vaccines.

"I am hopeful that it will allay some people's concerns," report co-author Dr. Ellen Wright Clayton, professor of pediatrics and law from Vanderbilt University, told the Associated Press at the time.

However when Bachmann reignited the controversy following a debate where she suggested the vaccine caused one girl to develop an intellectual disability, experts feared damage had been done.

"There are people out there who, because of this kind of misinformation, aren't going to get their daughter immunized," Dr. Kenneth Alexander, a pediatric infectious disease expert at the University of Chicago Medical Center, told Reuters at the time."As a result, there will be more people who die from cervical cancer."

By mocking the controversy with hyperbole, it's evident where the South Park creators stand on this issue. But will the episode change the views of worried parents?

Approximately 1 in 110 children have an autism spectrum disorder.

The National Institutes of Health has more on Asperger's.