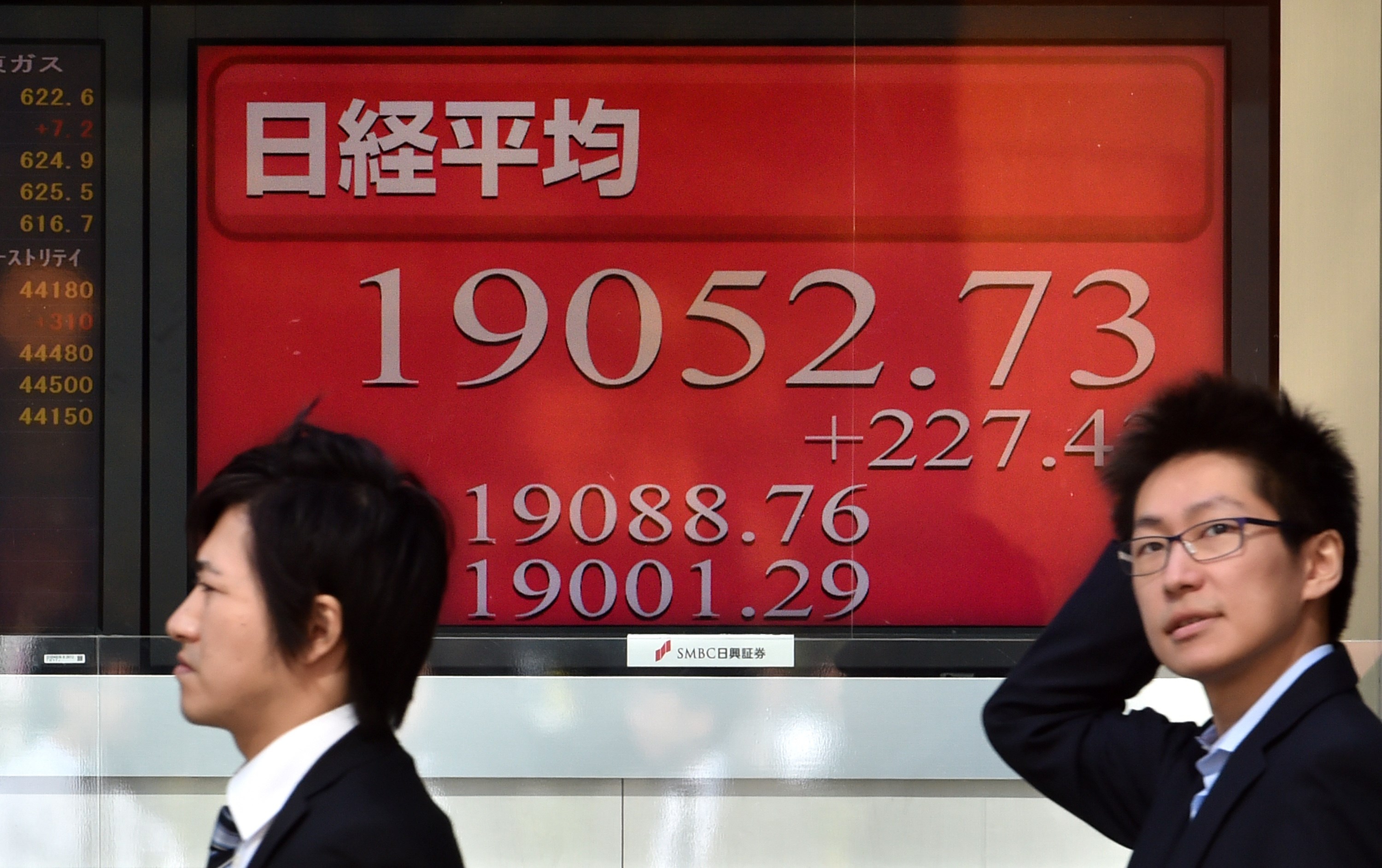 Beijing cut interest rates Friday for a sixth time since last November to prop up economic growth that slowed to a six-year low of 6.9 percent in the latest quarter. The People's Bank of China also expanded the pool of money available for lending by reducing the minimum reserves banks must hold. Analysts said the rate cut should help put a floor under sinking growth. But they warned that with Chinese debt levels already relatively high, the impact of more reductions will be limited.

"As underlying growth slows, China's authorities are likely to respond with additional stimulus," said Moody's Investors Service in a report. "We expect the ongoing economic slowdown to continue," it said. "Additional monetary and fiscal stimulus will keep growth from slowing more rapidly, rather than raising growth to significantly higher levels."

The U.S. Federal Reserve board meets this week but expectations of a rate increase are declining due to weak global growth. Last week, the head of the European Central Bank suggested it might extend its $1.2 trillion bond purchase program or take other measures to stimulate the Eurozone's economy. There are also expectations the Bank of Japan will expands its monetary stimulus. "No one expects the Fed to budge this week and odds of even a December move are now barely one-third, according to the Fed fund futures," said DBS Group in a report.