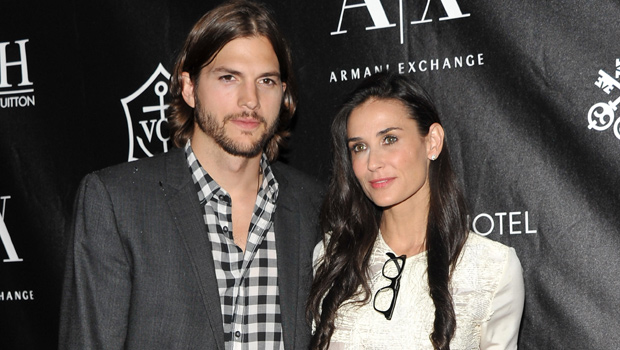 (CBS/AP) It's over between Ashton Kutcher and Demi Moore.

The actress told the Associated Press she plans to end her 6-year marriage to Kutcher, saying she is doing it with "great sadness and a heavy heart."

"As a woman, a mother and a wife, there are certain values and vows that I hold sacred, and it is in this spirit that I have chosen to move forward with my life," she added in a statement to the AP. "This is a trying time for me and my family, and so I would ask for the same compassion and privacy that you would give to anyone going through a similar situation."

Two months ago rumors swirled about the couple's marriage amid tabloid reports that the "Two and a Half Men" star was unfaithful.

Star magazine, citing "a source close to the pair," claimed at the time that Kutcher and Moore had separated and the marriage ended because of Kutcher's "serial cheating." The Daily Mail also had photos of a woman who claimed she had a "fling" with the actor when he and Moore spent their sixth wedding anniversary apart.

The pair frequently used Twitter to communicate with each other as millions of fans followed along - even amid rumors of Kutcher's infidelity. The day before their sixth wedding anniversary, Moore ominously quoted philosopher Epictetus: "When we are offended at any man's fault, turn to yourself and study your own failings. Then you will forget your anger."

Moore, 49, and Kutcher, 33, created the DNA Foundation, also known as the Demi and Ashton Foundation, in 2010 to combat the organized sexual exploitation of girls around the globe. They later lent their support to the United Nations' efforts to fight human trafficking, a scourge the international organization estimates affects about 2.5 million people worldwide.

Moore was previously married to actor Bruce Willis for 13 years. They had three daughters together - Rumer, Scout and Tallulah Belle - before divorcing in 2000. Willis later married model-actress Emma Heming in an intimate 2009 ceremony at his home in Parrot Cay in the Turks and Caicos Islands that was attended by their children, as well as Moore and Kutcher.