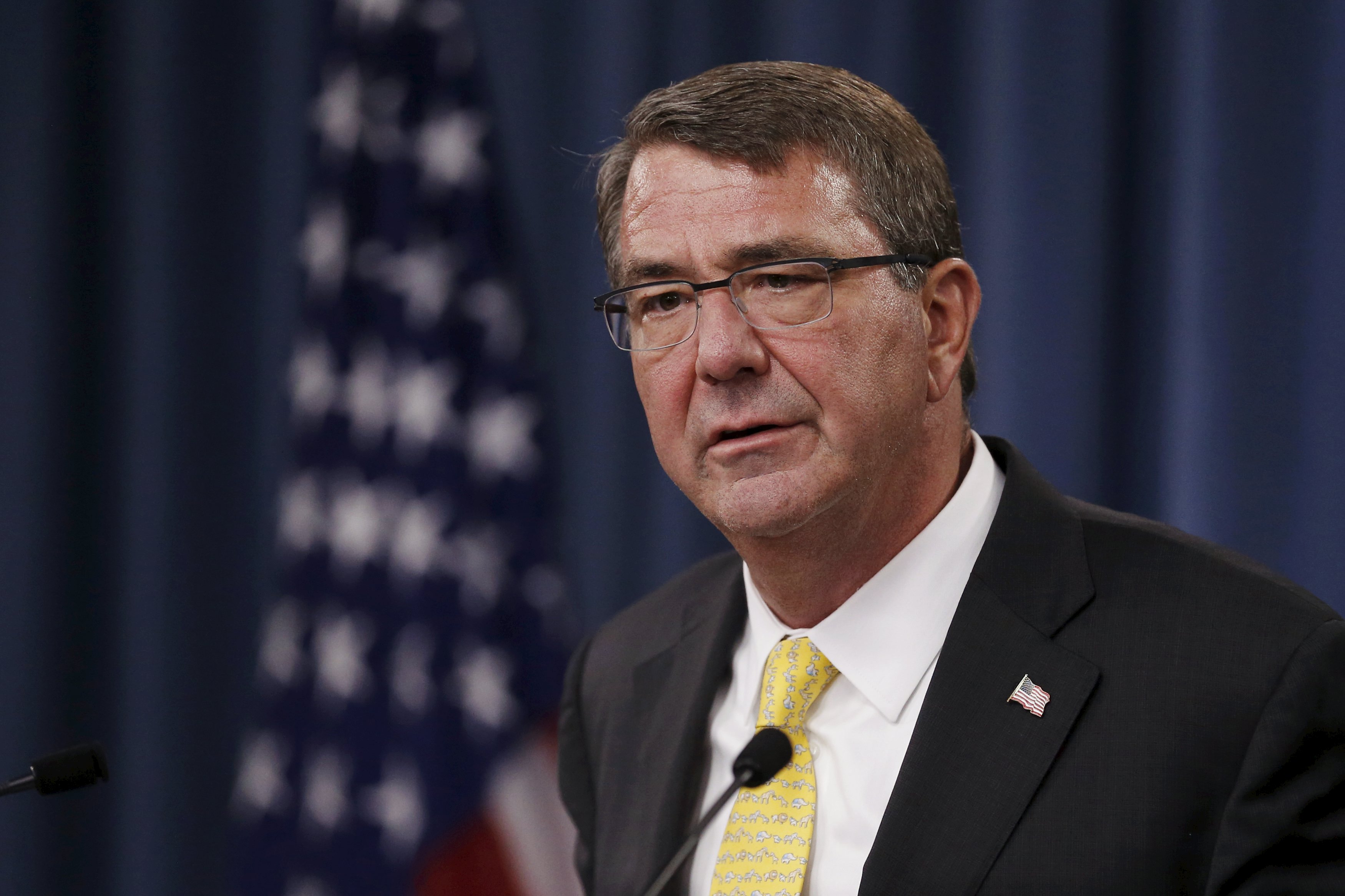 WASHINGTON -- Defense Secretary Ash Carter used a speech and a wide-ranging exchange with troops on social media sites Tuesday to press his agenda for change in the military, signaling his early support for expanded maternity leave, women serving in combat jobs and greater flexibility pay, promotions and benefits.

Carter is making clear his intention to drag the Defense Department into the future. And he often sounds as if he's already made up his mind on various issues, even as he is still waiting for or going through recommendations from his top military leaders.

Asked by a pregnant soldier if the rest of the military was going to follow the Navy and expand maternity leave, Carter said he was waiting for the services to provide their advice. But he also told her "we are going to march in lock step."

And while military officers have not yet given him their final recommendations on whether any combat jobs -- including special operations forces -- should remain closed to women, Carter told troops, "Only a select few will meet our standards of combat excellence, but no one needs to be barred from their chance to be tested."

He said the two women who recently passed the grueling Army Ranger course "are more than a snapshot of the strength of our current force; they represent a broader future trend, where a strategy of attracting the best, and staying the best, means we keep pace with change and open ourselves to the talents and strengths of all Americans who can contribute with excellence to our force."

Coming off at times folksy and other times awkward or staged, the troop talk not surprisingly hit many of Carter's favorite topics, from high-tech innovation to his condemnation of Congress' gridlock on the budget.

Carter referred frequently to the U.S. military as the "finest fighting force the world has ever known."

But he also said, both in his speech to the American Legion and to the troops regarding technology, "we have to be the firstest with the mostest" - a quote widely associated with Confederate Gen. Nathan Bedford Forrest, a noted military strategist - and the first grand wizard of the Ku Klux Klan.

The questions from troops spanned the globe, coming in through Twitter, Facebook and e-mail, and from his audience at Fort Meade, Maryland. And they hit a broad array of global subjects.

Asked about North Korea, Carter called it a tinder box and an "odd place," where U.S. troops need to be ready to fight at all times.

"We had a little dust-up out there about a week ago," he added, referring to last week's declaration by Pyongyang of a "quasi-state of war" with South Korea and threatened battle against Seoul. The United States, in response, took to the skies in a show of force, with fighter jet and bomber training flights.

Much of Carter's emphasis, however, was on his broader effort to create a military force of the future that is no longer focusing mainly on the counterinsurgency fight, but is honing its use of space, cyber and high-tech warfare.

"To stay the best, we have to embrace the future," said Carter, who returned this weekend from his second visit to Silicon Valley, where he is courting the high-tech industry. "We have to be open to the wider world of technology. And we need a 21st century personnel system to match a 21st century military, and that's what I call our force of the future."