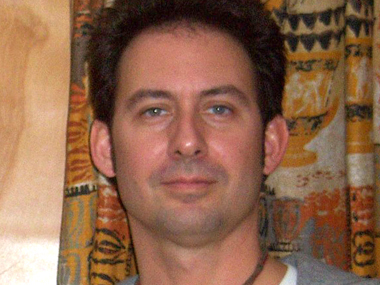 A U.S. official has confirmed an arrest in the investigation of recent mailings of suspicious letters to President Obama and a senator, CBS News correspondent Bob Orr reported Wednesday evening.

In a statement, the Department of Justice announced the arrest of Paul Kevin Curtis, "the individual believed to be responsible for the mailings of the three letters sent through the U.S. Postal Service which contained a granular substance that preliminarily tested positive for ricin. The letters were addressed to a U.S. Senator, the White House and a Mississippi justice official." It added that Curtis was arrested at his home in Corinth, Miss.

When the test results on one of the letters, addressed to Roger Wicker, R-Miss., came back from the Ft. Dietrick lab Wednesday, various officials described them as "weak," "low-grade" and "less than one percent toxin," CBS News has learned.

Threatening letters to the president and congressional leaders are not unusual -- their mail is processed at a facility about 10 miles outside of Washington in Landover, Md. The current security protocols -- which seem to be working exactly as they were set to do -- were put in place after the 2001 anthrax scare that targeted congressional leaders.

In addition to the letter sent to Obama this week, two letters being tested for ricin were sent to Sen. Roger Wicker, R-Miss. At least one of the letters addressed to Wicker tested positive in a preliminary field test for ricin.

The envelope addressed to the White House, the FBI said in a statement Wednesday, also initially tested positive for ricin and was immediately quarantined by U.S. Secret Service personnel. A coordinated investigation with the FBI was initiated. Field tests are regularly inaccurate; therefore, the FBI is conducting more thorough tests on the letters.

At a press briefing Wednesday, White House spokesman Jay Carney referred questions about the letters to the FBI, adding, "The president has of course been briefed on these letters. He was briefed last night and again this morning."

The letters came from the Memphis area, and were sent the same day, April 8. The letters, CBS News has confirmed, said in part, "No one wanted to listen to me before. This must stop. To see a wrong and not expose it is to become a silent partner to its continuance. I am KC and I approve this message."

After the arrest was announced, a Mississippi state lawmaker, Democratic Rep. Steve Holland of Plantersville, said his 80-year-old mother, Lee County Justice Court Judge Sadie Holland, received a threatening letter last week with a substance that has been sent to a lab for testing. He said this letter was also signed "K.C.".

As authorities scurried to investigate three questionable packages discovered in Senate office buildings, reports of suspicious items also came in from at least three senators' offices in their home states.

Sen. Carl Levin said a staff member at his Saginaw, Mich., office would spend the night in a hospital as a precaution after discovering a suspicious letter. The staff member had no symptoms, Levin said in a statement. He expected to learn preliminary results of tests on the letter by Thursday.

All three packages in the Capitol complex turned out to be safe, Capitol police spokeswoman Makema Turner said late Wednesday. But a man was still being questioned after being stopped in connection with the packages, she said.

All the activity came as tensions were high in Washington and across the country following Monday's bombings at the Boston Marathon that killed three people and injured more than 170.

At a senators-only briefing on Tuesday about the bombing, senators were also briefed by Sergeant at Arms Terence Gainer about the Wicker letter that tested positive in initial tests. Sen. Claire McCaskill, D-Mo., told reporters that the senators were told the suspected letter writer writes a lot of letters to members.

"The investigation into these letters remains ongoing, and more letters may still be received," the FBI said in its statement. "There is no indication of a connection to the attack in Boston."