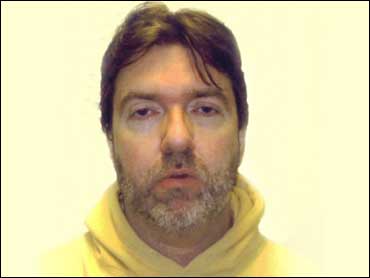 A former tax lawyer has been captured after being indicted on charges that he paid for sex with two girls who were pimped by their mother, police said.

The clerk of the St. Mark's Hotel recognized Colliton from a newspaper photo and called the police.

Colliton, who is 42 and once worked for the prestigious firm Cravath, Swaine & Moore LLP, was being held at a police station.

Prosecutors, describing Colliton as a fugitive, said on Thursday that he could face up to seven years in prison if convicted of second-degree rape, patronizing a prostitute or bribing a witness. They said he was, in effect, renting the teenage girls from their 38-year-old mother.

The mother, whose name was withheld to protect her daughters' identities, was indicted on charges of promoting prostitution and endangering a child's welfare. She was jailed on $100,000 bail.

Colliton, who has a wife and five children in Poughkeepsie, N.Y., was exposed as a pedophile when one of the sisters, age 14, told a child welfare case worker on Feb. 7, 2006, why she refused to return home to her mother, the district attorney said.

A subsequent investigation revealed that in the summer of 2000 Colliton began paying the older sister, then 15, for sex, Morgenthau said. This arrangement continued through 2004 with the mother's approval, Morgenthau said.

A felony complaint filed at the mother's arraignment said that from 2000 through 2004 she sent the older daughter "to different locations to engage in sexual acts with an adult male in exchange for money."

Upon the daughter's return home, the complaint alleges, the mother would take half the money Colliton had paid the girl. That daughter is now 21.

"The mother sent the girl back after she left," Morgenthau said. "The mother was being paid as well as the girl."

A neighbor of the family's on the West Side told the New York Daily News that she tried to care for the girls because their "evil mother" failed to properly clothe and feed them.

She said Colliton told the girls his wife had cancer and promised they would get "all kinds of money" once she died.

Last month, the younger girl told a case worker with the city's Administration for Children's services about her relationship with Colliton. The case worker told police, and police told Morgenthau's office.

Thompson said Colliton gave the girls cell phones so he could make immediate contact with them. She said investigators found numerous cell phones in his apartment, leading them to believe he had other victims to whom he distributed phones.

Steven Spies, partner and spokesman for Cravath, Swaine & Moore, said Colliton no longer works for the 187-year-old firm. He would not answer any other questions.