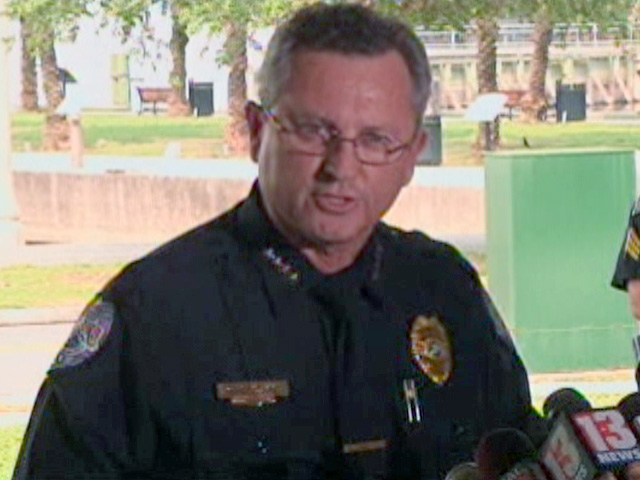 (AP) SANFORD, Fla. - Authorities say a Florida man is charged with threatening the police chief who had been overseeing the investigation into the shooting death of an unarmed black teen by a neighborhood watch captain.

Stewart was placed on electronic monitoring as a condition of his $10,000 bond.

Trayvon Martin case escalates into a cause
Zimmerman lawyer: No racial issue with client
Friend of Martin shooter: I'd do the same thing

Lee temporarily stepped down as chief amid national outrage over the investigation.

The neighborhood watch captain, George Zimmerman, has not been charged in Trayvon Martin's death.