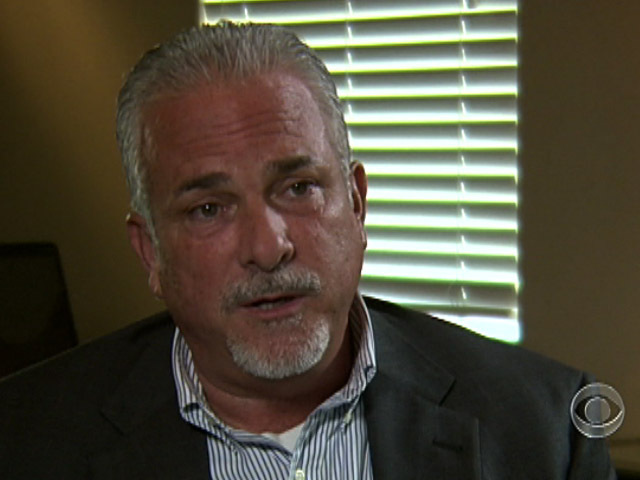 (CBS News) SANFORD, Florida -- It was an extraordinary moment at the White House Friday. President Obama made his first public comments about Trayvon Martin, the unarmed Florida teenager who shot to death by a neighborhood watch volunteer. He spoke not only as the president, but as an African-American parent. He said, "When I think about this boy, I think about my own kids."

"I think all of us have to do some soul-searching to figure out how did something like this happen," said Obama. "And that means that we examine the laws and the context for what happened as well as the specifics of the incident. But my main message is to the parents of Trayvon Martin: You know if I had a son, he'd look like Trayvon."

It was a Sunday night, a month ago, in Sanford, Florida: Trayvon Martin -- a high school student, never in trouble with the law -- was on an errand when he caught the eye of neighborhood watch captain George Zimmerman. Zimmerman, carrying a legal handgun, confronted Martin. He said the shooting was self defense. CBS News Mark Strassmann talked to the parents of Trayvon Martin, whom the president mentioned, and to a man who knows Zimmerman well.

About 12,000 teenagers walked out of Miami schools Friday. It was a show of solidarity for "T.M." -- Trayvon Martin -- and for his parents, Tracy Martin and Sybrina Fulton.

"They're like our crutches," said Tracy Martin. "We're able to lean on them -- the supporters -- and they're standing with us and they're going to stand with us until the end."

"What has to happen next to get you to where you want to go next?" asked Strassmann.

Obama: "If I had a son, he'd look like Trayvon"
Trayvon Martin's father: "He saved my life"

George Zimmerman, who said he shot Martin in self-defense, remains free. Florida has appointed a new special prosecutor for the case. She and federal investigators were both in Sanford Friday.

"Does that give you more confidence?" Strassmann asked.

"It lets us know that there will be a thorough investigation and that we have somebody who is impartial and is going to do a good job," said Sybrina Fulton.

But federal investigators have yet to interview Zimmerman.

Frank Taaffe is his neighbor. Over the last year, they both guarded their subdivision as crime-watch volunteers.

"I more or less patrolled this sector right here (holds up arms), whereas George took care of the entire complex," he said.

He added: "I would see him in the evening doing his patrol and we would wave, and he would walk his Rottweiler through the complex."

"Both looking for the same thing, you and he?" Strassmann asked.

"Yes. And George went above and beyond the call of duty. He was diligent and had a real passion and concern for the safety of all the residents here at Twin Lakes."

"You said he went above and beyond. But did he go too far?

"Was George Zimmerman a racist?"

"George Zimmerman was not a racist."

Strassmann then asked Taaffe about Zimmermann: "Did he ever use the 'N' word or racial slurs?"

"Never. Never in my presence."

Zimmerman was studying criminal justice. His college has now expelled him. But Taaffe believes Zimmerman's story.

"Do you think he did the right thing by confronting Treyvon Martin?"

"Yes. I would do the same thing," said Taaffe.

Like Zimmerman, Taaffe owns a .9-mm weapon. But when he goes on patrol, he said, he leaves it at home because he believes that outside the home, using lethal force has no place. That said, remember, Zimmerman had a concealed weapon's permit whereas Taaffe does not.

"They said they were touched and humbled by President Obama's observation that if he had a son, the boy would look like Trayvon," said Strassmann. "But one of the points the parents made to me today was that any parent, regardless of color, could relate to their grief."