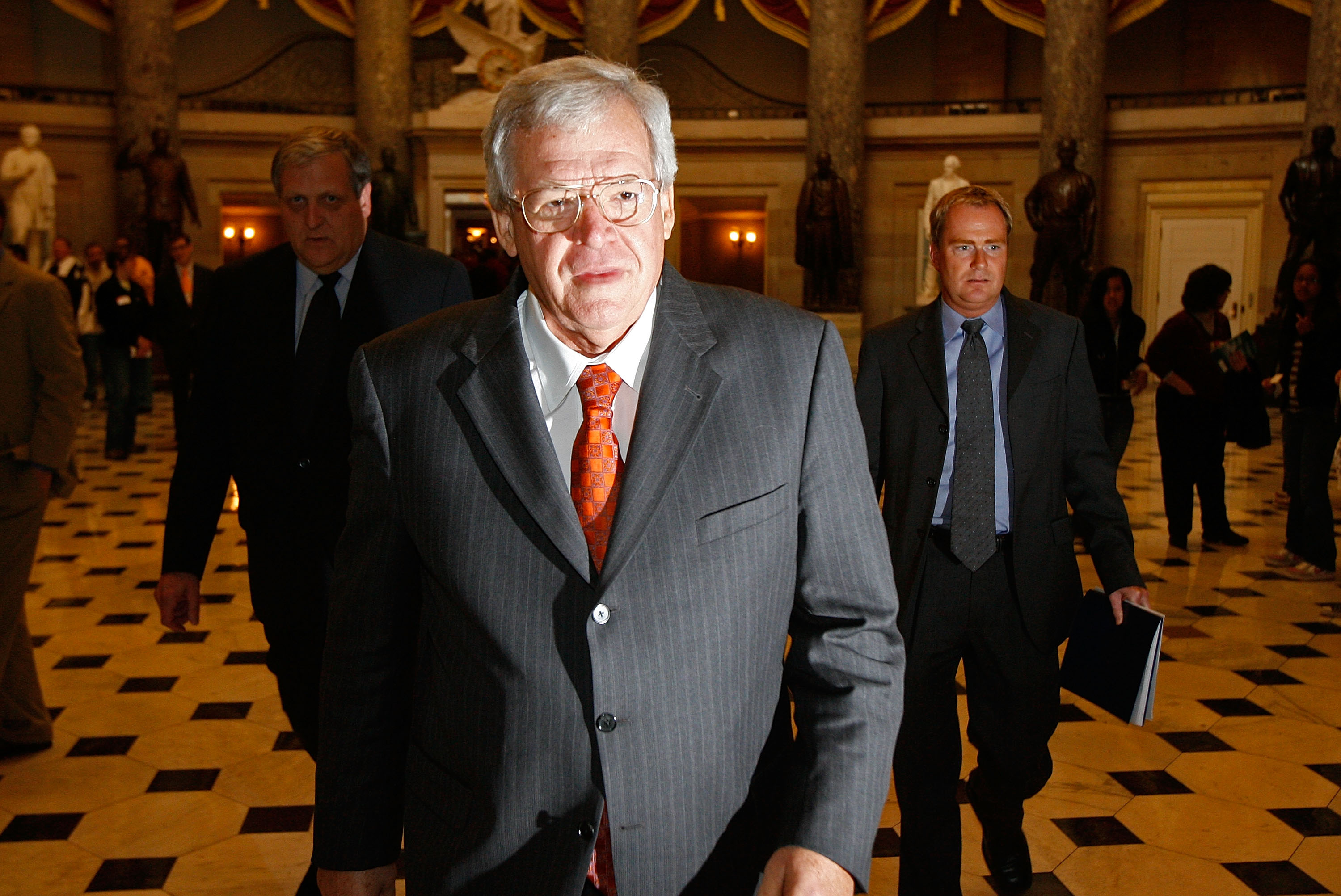 Under fire for alleged sexual abuse and under indictment for violating federal banking laws and lying to federal investigators, former House Speaker Dennis Hastert will be arraigned on Thursday morning, CBS News has confirmed.

Hastert will appear before Judge Thomas Durkin in a U.S. District Court in Chicago.

Last week, Hastert was indicted and charged with violating federal banking laws and lying to FBI investigators. According to the indictment, Hastert agreed to pay $3.5 million in 2010 to a person identified only as "Individual A," in an effort to "compensate and conceal" Hastert's "prior misconduct."

Law enforcement sources told CBS News the misconduct mentioned in court documents refers to sexual misconduct allegations involving a young man that date back more than 30 years. From 1965-1981, Hastert was a popular teacher and wrestling coach in Yorkville, Illinois.

Last week, a federal law enforcement source told CBS News Justice and Homeland Security Correspondent Jeff Pegues that the FBI investigation -- which was led and "tightly held" by the FBI's Chicago field office -- did not delve into the sexual misconduct allegations.

When asked if Hastert has cooperated with investigators, the source told Pegues that the former speaker "still hasn't come clean."

To conceal the allegations of misconduct, prosecutors allege that Hastert withdrew a total of $1.7 million from a number of his personal bank accounts to give to the unnamed individual over a four-year period.

According to the indictment, at first, he took out large amounts -- "$50,000 withdrawals of cash" on 15 occasions. But when "bank representatives questioned" him in 2012, "Hastert began withdrawing cash in increments of less than $10,000" because banks are required by federal law to report anything larger.

In 2014 the FBI questioned Hastert about his withdrawals, and he allegedly lied, telling agents "I kept the cash. That's what I'm doing." He suggested he did not trust the banking system.

Hastert is the longest-serving Republican House Speaker in history, and the job put him second in line for the presidency, after the vice president.

On Monday, Wheaton College, Hastert's alma mater, announced that it had removed his name from the public policy center that was once named after him. Last week, Hastert resigned from the center's board of advisors.