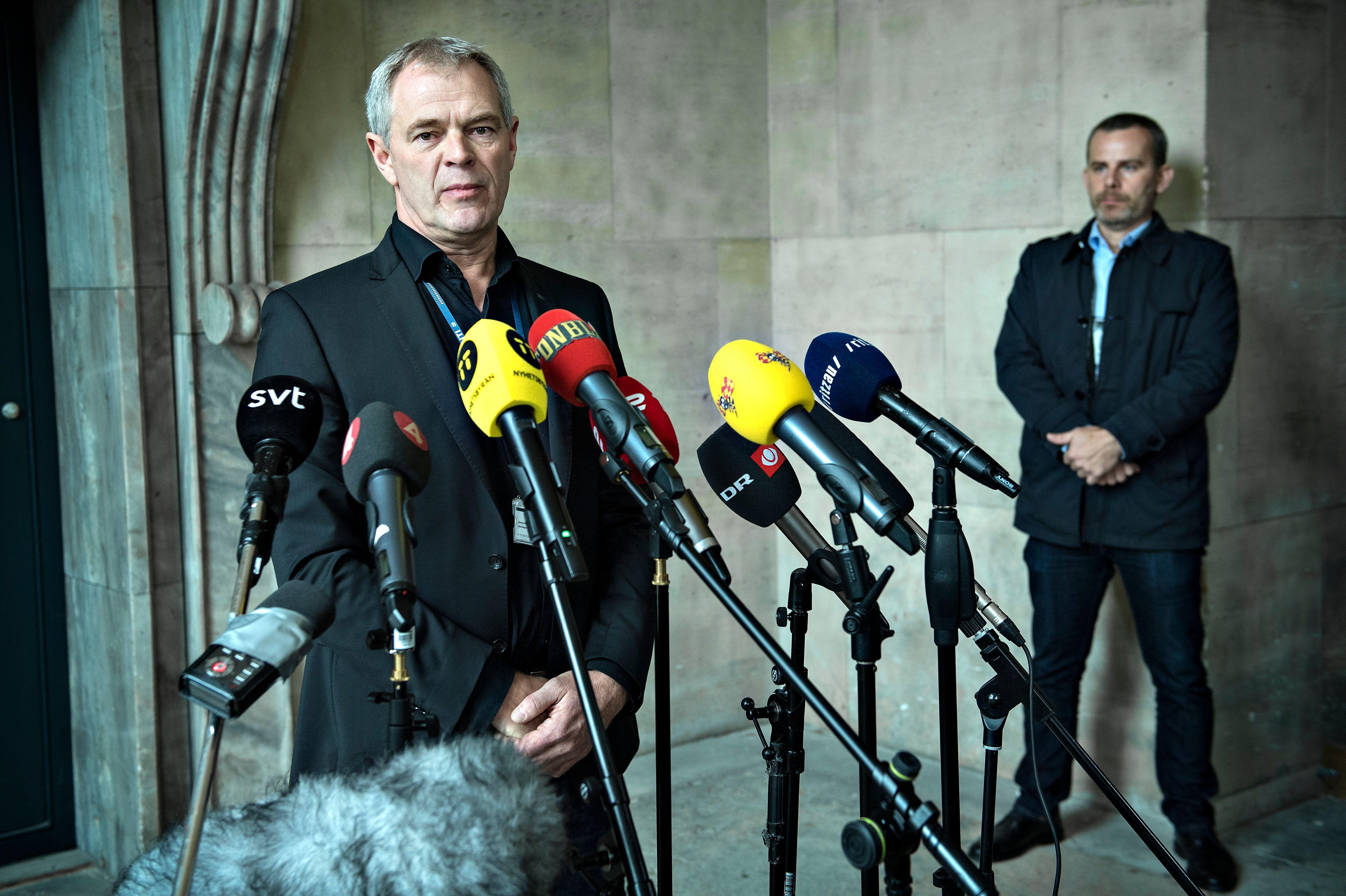 COPENHAGEN -- Copenhagen police say an arm found in the sea south of the Danish capital was held down "with plastic strips and pieces of pipes" like those found on the legs of a Swedish journalist who disappeared after a trip on a private submarine in August.

Police gave the new detail Wednesday, a day after finding the left arm about over half a mile from where Kim Wall's decapitated head and legs were discovered in plastic bags in October.

Danish inventor Peter Madsen faces preliminary charges of manslaughter and indecent handling of a corpse for disposing Wall's body at sea. He claims he didn't kill her and says she died accidentally. However, he has admitted dismembering her.

Madsen has voluntarily accepted extending his pre-trial detention until Dec. 12.

According to Copenhagen police, Madsen said last month that Wall died as result of carbon monoxide poisoning inside the submarine while he was on deck. Previously he had said she died after being accidentally hit by a heavy hatch in the submarine's tower.

"This explanation (by Madsen) naturally will lead the police into gathering additional statements from the coroner and the armed forces' submarine experts," said Copenhagen police investigator Jens Moller Jensen in October.

Police say Madsen acknowledged he dismembered her body and threw it into Koge Bay southwest of Copenhagen.

"Kim Wall had suffered 14 stabs in and around the genitals and it is due to these stabs that we have said that there must have been a sexual motive," Jensen told reporters, according to Reuters news agency.

No fractures to Wall's skull were found that would have supported the claim that she was killed by the hatch.

Wall was working on a story about Madsen and was last seen aboard his homemade submarine Nautilus as it left Copenhagen in August.

The next day, Madsen was rescued from the sinking submarine without Wall. Police believe he deliberately sank the vessel.