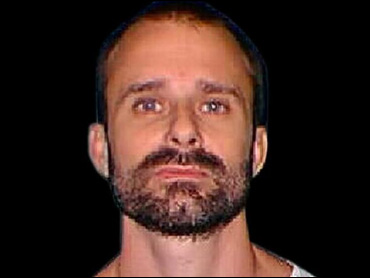 During the delay Monday night, Nance awaited execution in a holding cell near death chamber at the prison in Varner, Arkansas. During an execution nine years ago, a death row inmate was left on a gurney for 40 minutes with needles in his arms while justices deliberated.

After the justices rejected Nance's pleas, Arkansas executed him for the killing and attempted rape of Julie Heath, 18, of Malvern. Heath was last seen Oct. 11, 1993, and her car was discovered along U.S. 270. A hunter found her body Oct. 18, 1993, and authorities said she had been dead about a week. Her throat had been slashed with a box cutter.

The execution is the 998th since the United States resumed executions in 1977, putting murderer Gary Gilmore to death by firing squad in Utah following a U.S. Supreme Court decision which paved the way for 35 states to put the death penalty back on the books.

The 999th, John Hicks, faces execution Tuesday for the 1985 murder of his mother-in-law and 5-year-old stepdaughter in what he argued was a cocaine-induced state of psychosis. Ohio Gov. Bob Taft Monday rejected a request to commute the death sentence to life in prison. Hicks has apologized for the murders and the victims' relatives do not plan to watch the execution.

The inmate likely to be the 1,000th to be executed is Robin Lovitt, who is scheduled to die Wednesday in Virginia for fatally stabbing a pool hall manager with a pair of scissors.

Monday night, asked if he had any final words before dying, Nance showed no signs that he heard the prison director's query, and was stone silent. Moments later, his lip twitched, his eyelids opened slightly and he became ashen.

"This is not easy for any of us and we do feel for his mother, his family," said Johnie Hood, a cousin of the victim. "I just pray that Julie rests in peace now. He couldn't say he was sorry. What he went through tonight was painless compared to what he put Julie through."

Hood and other family members watched the execution via closed-circuit television in a prison office. Heath's mother Nancy killed herself a year after her daughter's murder.

"I hope that he did say he's sorry to someone for what he had done," said Belinda Crites, another cousin. "We want to make sure the devil dies. He's gone now so I hope they can rest in peace."

Justice Clarence Thomas temporarily delayed Nance's execution to review the condemned man's file and eventually other justices weighed in. Four sets of appeals went before the justices Monday night. On two of them, Justices David Souter, John Paul Stevens, and Ruth Bader Ginsberg said they would have given Nance a stay.

The U.S. Supreme Court was asked to consider whether Nance was mentally retarded; justices have ruled previously that mentally retarded inmates should not be put to death. Nance also asked for additional DNA testing on a hair found in his truck after Heath's body was found.

State attorneys said Nance tested above the mental retardation levels, held a job at the time of the crimes, and got his high school equivalency diploma in prison. They also said there was sufficient evidence to convict Nance of the attempted rape charge even without the finding presented at trial that the hair in Nance's truck was similar to Heath's.

Gov. Mike Huckabee rejected Nance's clemency request earlier Monday, and the state Supreme Court also denied an 11th-hour request for a stay. Huckabee said he gave Nance's case "prayerful consideration" and that he had made a thorough review of Nance's records.

About 30 protesters gathered briefly outside the Governor's Mansion on Monday night and sang "Amazing Grace." They also lit candles to remember previous inmates executed in Arkansas.

In January 1997, while U.S. Supreme Court justices considered whether to stop Kirt Wainwright's execution, guards left the inmate strapped to a gurney with needles in his arms. After a 40-minute delay, the execution proceeded. The prison said it would have been cruel to take Wainwright back to his cell and have him walk a second time to the death chamber.