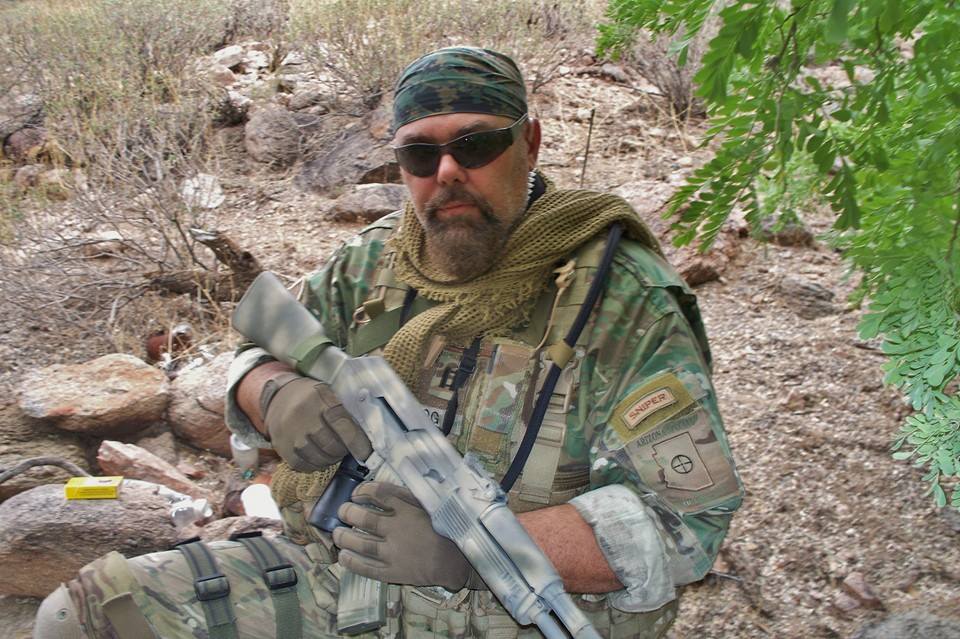 PHOENIX -- Three men affiliated with an Arizona militia group are charged in federal court with replicating a tactic long used by smugglers: Stealing drugs from people who have already sneaked them past the Mexican border.

The three are accused of ripping off cocaine at a west Phoenix warehouse during stings in which an undercover FBI officer offered tips on drugs coming into the country and drug money headed into Mexico.

Authorities say the trio's leader, Parris Frazier, portrayed himself as a mercenary who had stolen drugs and money from smugglers and expressed a willingness to kill people during such rip-offs. The three men have pleaded not guilty to a charge that they conspired to possess with intent to distribute more than five kilograms of cocaine.

Smugglers have long resorted to holding up rival traffickers who have already moved their drugs across the border. The dangerous tactic offers a chance at a big payoff without having to go through the trouble of bringing the drugs into the country.

CBS affiliate KPHO reports that Frazier and Robert Deatherage, another man charged, are members of a militia called Arizona Special Operations Group, whose Facebook page contains dozens of pictures taken during operations in the desert south of Phoenix.

Normally, the ploy is used exclusively by smugglers against smugglers, experts say.

"The vast majority of the rip-offs that occur in the desert are cartels ripping off cartels or people who are on the receiving end of the drugs and know the delivery is coming," said Neville Cramer, a retired U.S. border agent who now works as a border security consultant.

Terry Goddard, a former Arizona attorney general who focused on border crimes, said he has never heard of smuggling rip-offs being carried out by people affiliated with militias. "I would have never suspected anything of this nature," Goddard said.

The investigation of the three men affiliated with the militia, the Arizona Special Operations Group, began in late January when Frazier talked to agents from U.S. Customs and Border Protection during a traffic stop, according to court records.

Investigators say Frazier claimed he wanted to help stop border crimes and expressed an interest in talking to someone whom the agents had said provided them with information in the past.

An undercover officer posing as someone who worked in drug trafficking then spent the next six months talking to Frazier about cocaine coming into the country and drug proceeds headed to Mexico, the FBI said in court records.

Frazier is accused of offering the undercover officer a 25 percent cut of whatever money comes from a rip-off.

The first came in April when Frazier and an unnamed associate were told there was $8,000 in drug proceeds in a vehicle. The pair carried rifles and wore camouflage, face masks and bullet-proof vests, but they were unable to find the money, the FBI said in court records.

Frazier is accused of stealing $7,300 from another vehicle three weeks later based on a tip from the undercover officer.

The final sting occurred on July 22 at a warehouse near Interstate 17 in Phoenix and centered on an agreement that Frazier and two other men would steal cocaine and resell it to the undercover officer for $15,000 per kilogram, according to court records.

Once at the warehouse grounds, investigators say Frazier stole the cocaine from a vehicle. Frazier, Deatherage and Erik Fosterfled the scene after they were confronted by a SWAT team.

Authorities abandoned the high-speed chase for public safety reasons, but they used aircraft to keep an eye on the fleeing car. Eventually, the trio was arrested at the home of Frazier's girlfriend.

The three, who were denied bail, face a Nov. 3 trial.

According to CBS affiliate KPHO, Deatherage and another militia member named Richard Malley were accused of holding a Maricopa County sheriff's deputy at gunpoint two years ago while on patrol in the desert. Malley was prosecuted for the incident. Deatherage was not charged.