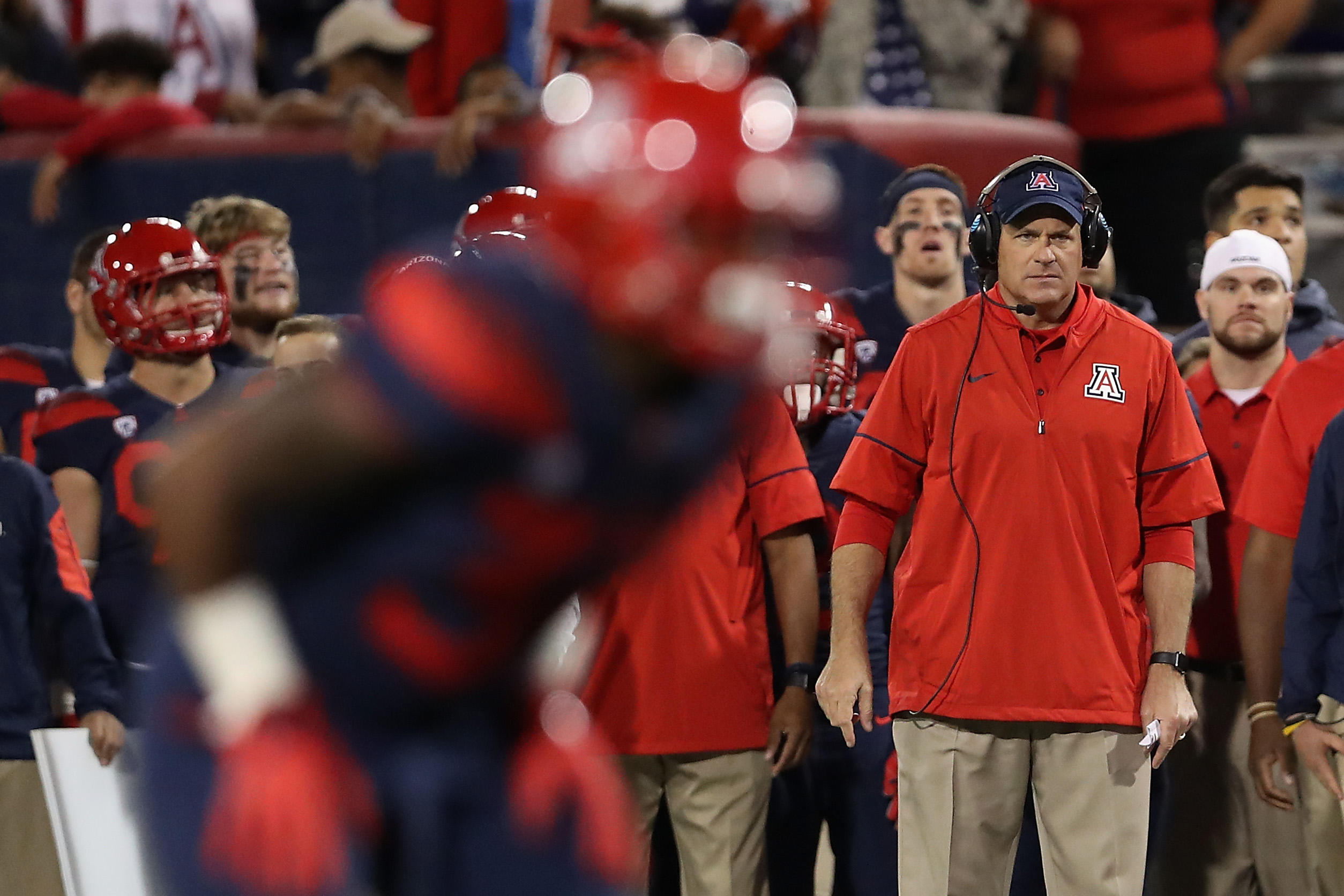 Arizona has fired football coach Rich Rodriguez after a notice of claim was filed with the state attorney general's office alleging he ran a hostile workplace.

The Arizona Daily Star revealed the notice of claim on Tuesday after making a public-records request. The paper said the claim was filed last Thursday by a former employee. A notice of claim is a legal document that signals a lawsuit will be filed.

The Daily Star reported that the notice was filed after the University's Office of Institutional Equity retained outside counsel to investigate allegations of sexual harassment from a former employee.

The school issued a statement saying the investigation of the sexual harassment claim, which concluded last week, didn't find enough to fire Rodriguez, but the university became concerned with the "climate and direction" of the program.

Rodriguez also acknowledged an extramarital affair with a woman not affiliated with the university, saying he apologized to his wife and family.  and is working to regain their trust.

"I am not a perfect man, but the claims by my former assistant are simply not true and her demands for a financial settlement are outrageous," Rodriguez said. "I am saddened that these accusations and investigation have caused my family additional stress."

Arizona Athletic Director Dave Heeke announced Rodriguez's firing in a statement issued by the school and said the separation terms of his contract will be honored.

ESPN reports the payout will be more than $5 million.

"After conducting a thorough evaluation of our football program and its leadership, both on and off the field, President Robbins and I feel it is in the best interest of the University of Arizona and our athletics department to go in a new direction," Heeke said. "We'll move through the coaching search in an effort to identify a head coach that will build a solid foundation for our program and create an identity of Arizona football that the university, Tucson and southern Arizona communities can be proud of. We're excited about the future of our football program and we look forward to introducing our new head coach at the completion of the search process."

Rodriguez arrived in Tucson after an ugly split with Michigan, where he coached for three seasons. He had an immediate impact on the Wildcats, leading them to four straight bowl games.

Arizona took a step back last season, losing eight straight games while finishing 3-9. The Wildcats were one of college football's more surprising teams this season after opening 6-2. They fell flat after that, losing four of their final five, including a 38-35 setback against Purdue in the Holiday Bowl.

Rodriguez was 43-39 in six seasons at Arizona.

In August, Creative Artists Agency, which represented him until 2015, sued Rodriguez, claiming he owed it more than $230,000 in past-due fees.