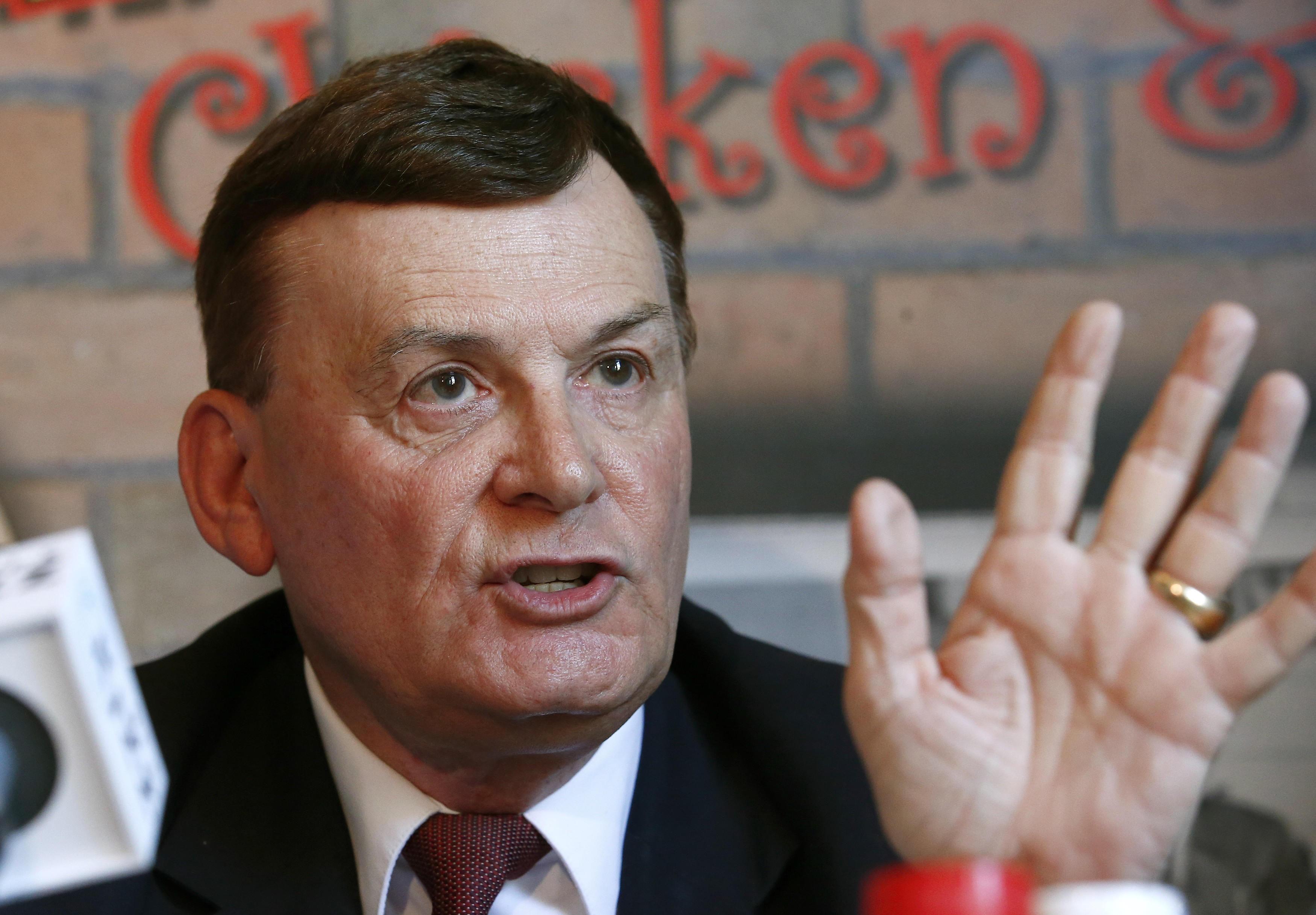 PHOENIX — An Arizona city council voted Tuesday to demand the resignation of a Republican state lawmaker whose remarks on race and immigration have led to a growing backlash of criticism and the loss of his chairmanship on a key committee. Tuesday's 6-1 vote by the Prescott City Council comes just days after the Phoenix New Times published Rep. David Stringer's latest remarks.

Stringer recently told Arizona State University students that African-Americans "don't blend in" and that Somali immigrants don't look like "every other kid" as previous European immigrants did. In the New Times story, backed up by audio recordings, students question Stringer about his views on immigration and race.

He told them "diversity in our country is relatively new." He then was asked about immigrants from eastern Europe who assimilated well into the 20th century.

"They were all European," Stringer said. "So after their second or third generation, everybody looks the same. Everybody talks the same. That's not the case with African-American and other racial groups because they don't melt in. They don't blend in. They always look different."

Asked why that matters, Stringer said he didn't know. He went on to discuss inner cities, white families moving out of minority neighborhoods and how Latino voters will never support Republicans who back tighter immigration controls.

Stringer ignored calls to resign after making similar comments this summer and easily was re-elected last month. The city council adopted a statement that called on Stringer to step down quickly so a replacement can be named before the legislative session begins in January because he can no longer effectively represent the city or Yavapai County.

Prescott, a city of 43,000 residents about 100 miles north of Phoenix, is heavily Republican. "His abhorrent words do not reflect our city or our community and while we condemn them, that word, any word, is not strong enough to express our disdain," the council statement said. "As proud members of this community we are horrified that the opinions expressed by Mr. Stringer exist."

Stringer has not commented publicly since the publication of his latest remarks, CBS affiliate KPHO-TV reports. He didn't attend the city council's meeting, and no one answered the door at his law practice.

Prescott Mayor Greg Mengarelli said at the meeting that Stringer has "forgotten the moral compass of our great country" as Thomas Jefferson outlined in the Declaration of Independence: "All men are created equal."

"By his own words Mr. Stringer has defined himself as someone who is out of step with our community," Mengarelli said. "He has mortally wounded himself and disqualified himself to the point that he will be ineffective representing our issues at the state legislature."

All but one council member echoed the mayor's comments. Most in the crowded council chambers appeared to back the censure, but one woman stormed out, saying, "You twisted his words. This is a disgrace," according to KPHO-TV.

Councilman Phil Goode voted no, saying that he didn't condone the remarks but that Stringer's fate should be up to those who elected him. "He is directly responsible to the voters, and they have the responsibility to recall him over this issue if they choose," Goode said. "They re-elected him by a large margin with the understanding of his concerns about assimilation of immigrants that were widely published last June prior to his November election."

Stringer faced calls to resign in June from Republican Gov. Doug Ducey and the state Republican Party chairman after he said minority immigration made integrating schools impossible. Stringer refused, saying that his comments were cherry-picked and that the immigration question "cries out for honest and open public discussion."

"Sixty percent of public school children in the state of Arizona today are minorities," he said in a recording of a political event that sparked the June rebukes. "That complicates racial integration because there aren't enough white kids to go around."

After his latest remarks were made public, incoming Republican House Speaker Rusty Bowers booted him from a key committee chairmanship, saying his comments were "vile" and "unacceptable." Goode said he knows Stringer "reasonably well" and doubts he will resign.

"He didn't last June when the governor and the chairman of the Arizona Republican Party asked for his resignation ... so he's not likely to do so now," Goode said.