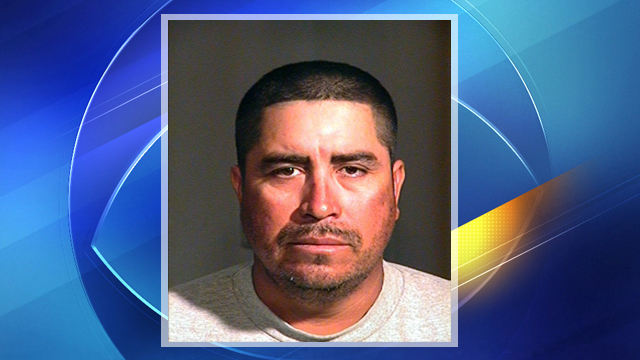 (CBS/AP) CHANDLER, Ariz. - The concept of "licking your own wounds" traces its roots to mythology, and even has the support of some medical practitioners. And then there's this creepy story.

Authorities say a woman fell and scraped her leg while walking to her car in a parking lot in Chandler, Ariz. last week.  Then a "nice" man came along, helped her back to her car, and...licked her knee.

According to police, the woman fell and scraped her knee while walking to her car.

Police said Soto, 43, and two other men helped her up. The others left but Soto walked the woman to her car and asked to see her injury. Police said that's when the licked the woman's scraped knee.

She told police that Soto also licked the left side of her face several times before she could push him away. She later identified the licking suspect in a photo.