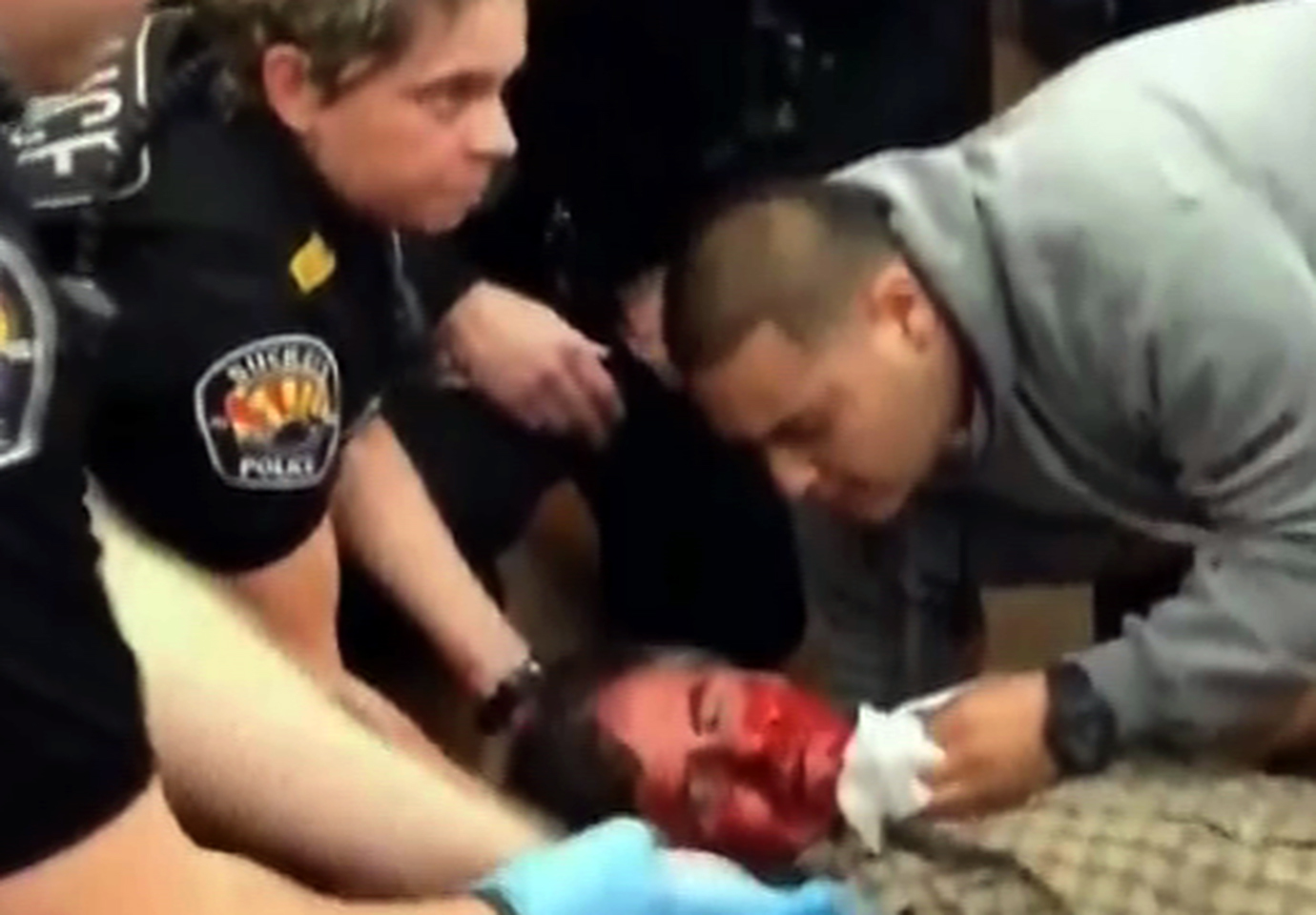 PHOENIX - Police in the Phoenix suburb of Buckeye are coming under fire for a video posted online Friday that shows a grandfather on the floor of a Walmart store with a bloody face after police said he was caught trying to shoplift a video game.

The video, posted on YouTube, shows 54-year-old Jerald Allen Newman unconscious and covered in blood after a police officer took him to the ground Thursday night.

Officers in the video are shown trying to sop up blood as outraged customers yell expletives and say, "That's police brutality," and "He wasn't doing anything."

"Are you sure that was necessary for shoplifting?" said one shopper. "Why would you throw him down so hard?"

Newman's wife and other witnesses say that he was just trying to help his young grandson after the boy was trampled by shoppers, and only put a video game in his waistband to free his hands to help the boy.

Larry Hall, assistant chief of Buckeye police, said that Newman was resisting arrest and that it appears the officer acted within reason.

He did not immediately release the name of the officer, who was hired off-duty by Wal-Mart with five other officers.

Hall said a Wal-Mart employee alerted the officer involved that Newman had put a video game in his waistband and that the officer approached Newman and started to arrest him.

When he had handcuffs on one of Newman's wrists, Hall said that Newman told him, "I'm not going to jail," and started pulling away and flailing.

Hall said that Newman continued resisting and that the officer decided to do a "leg sweep" and take him to the ground.

"Unfortunately, the suspect landed on his head," Hall said.

He said an administrative review will be conducted to assess the officer's use of force, but that at first blush, it appears to be justified.

"The officer didn't lift the guy over his head and slam him to the ground," Hall said. "He used a minimum amount of force, the suspect resisted arrest, and the officer actually could have escalated his use of force. But he didn't. He used his hands to take the suspect into custody."

Newman was taken to the hospital and got four stitches for a cut on the left side of his forehead. His nose was also bloodied but not broken, Hall said.

He was then booked into the Maricopa County jail on charges of shoplifting and resisting arrest.

Hall said an officer found the man's young grandson crying nearby and that the boy was turned over to his grandmother.