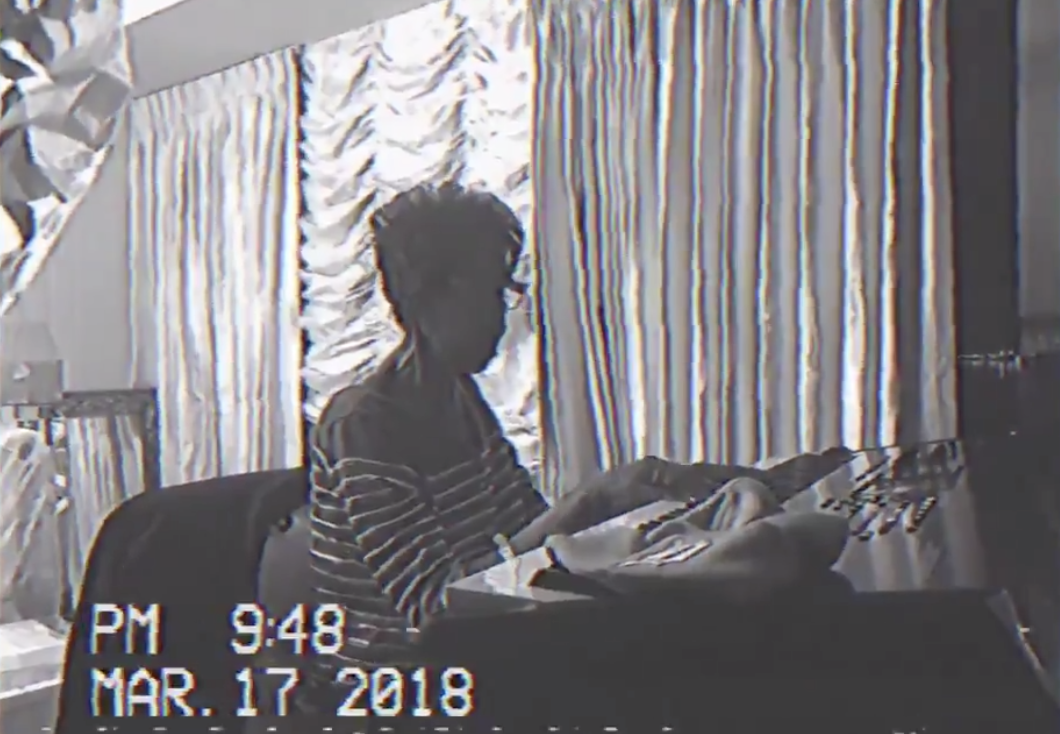 Shortly after Aretha Franklin's death on Thursday, her granddaughter, Victorie Franklin, shared a moving tribute to the Queen of Soul on social media.

The younger Franklin posted a video on Twitter showing her grandmother singing and playing piano, just months before her death. "I have many memories of me coming into her home and she would be playing the piano and singing," she wrote.

"Words can't describe the pain I'm feeling, but God is telling me that she is at peace. Today we lost an icon, a legend, but today I lost my grandma," Franklin continued. "I love u and imma make u proud."

The grainy, black and white home video has a timestamp of March 17, 2018 — just days before the Queen of Soul's 76th birthday and about five months before her death.

A number of people reached out to the grieving granddaughter on Twitter after she shared the touching video.

"We'll never forget her voice and her life. We are all proud of your grandma," one person wrote. "When an icon such as Ms. Franklin passes, we tend to forget that although she 'belonged' to us — she was first and foremost a mother, and grandmother," another commented.

Many celebrities also took to social media to pay their respects to the Queen of Soul, whose career spanned over six decades.

Former President Barack Obama, who was moved to tears during her 2015 Kennedy Center performance of "A Natural Woman," said the singer "helped define the American experience."

Mariah Carey, who performed with Franklin, called her "the ultimate singers' singer," as well as an inspiration, a mentor and a friend. And Franklin's contemporary, Patti LaBelle, said Franklin was a "rare treasure whose unmatched musical genius helped craft the soundtrack to the lives of so many."

Franklin died Thursday morning at her home in Detroit after a long battle with cancer, her family said in a statement. A funeral for Franklin will be held on August 31 in her hometown of Detroit.