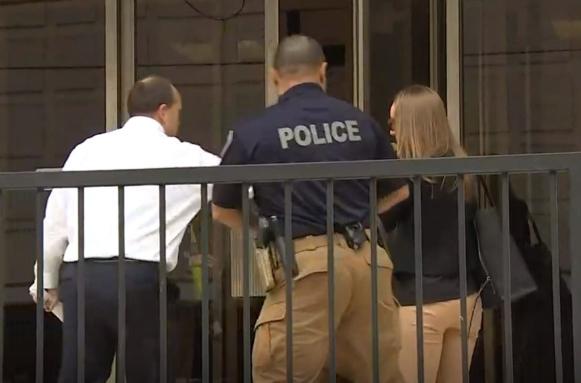 HOUSTON — Prosecutors investigating a sexual abuse case against a Houston-area priest are executing a search warrant at the offices of the local archdiocese, led by the cardinal leading the Roman Catholic Church's response in the U.S. to sexual misconduct. Investigators from the Montgomery County District Attorney's Office were at the offices Wednesday of the Archdiocese of Galveston-Houston.

CBS affiliate KHOU reports the DA's office said investigators were looking for documents in connection to the criminal case of Manuel LaRosa-Lopez, who was arrested in September and charged with four counts of indecency with a child.

In the search warrant filed Wednesday, the DA's office sought to examine confidential documents held in the Archdiocese's Chancery and "secret archives," the station reported.

Cardinal Daniel DiNardo is head of the archdiocese and the U.S. Conference of Catholic Bishops. DiNardo has vowed to release by January a list of all the priests in Houston who have been, in the church's judgment, "credibly accused" of sexually abusing a child.

But a CBS News investigation uncovered a lack of action by DiNardo in handling sex abuse allegations in his own archdiocese.

The archdiocese says it's cooperating with the investigation. It released a statement, which said in part:

"This morning, the District Attorney of Montgomery County executed a search warrant for records and information related to an ongoing investigation. The Archdiocese of Galveston-Houston continues to cooperate, as we have since the outset, with this process. In fact, consistent with Cardinal DiNardo's pledge of full cooperation, the information being sought was already being compiled. Also, 'secret archives' is merely a Church term pertaining to confidential documents kept in a secure manner for the protection of the privacy of individuals — not unlike medical records."