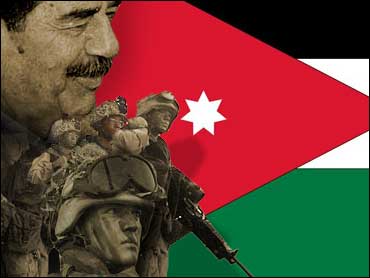 America's allies in the Arab world fear a U.S. strike on Iraq would thrust their already unstable neighborhood into chaos, and they and others are urging Baghdad to act to avoid war even as U.S. rhetoric grows tougher.

Egyptian President Hosni Mubarak, who sent his own troops against Iraq a decade ago as part of the U.S.-led Gulf War coalition, said Tuesday that this time he had warned the United States against attacking Iraq "because of one or two individuals" at a time when Palestinian-Israeli violence is roiling the Arab street.

Many Arabs accuse the United States of unfairly siding with Israel. They would likely see an attack on Iraq as further evidence of U.S. bias against Arabs.

If the United States hits Iraq, no Arab ruler would be "able to curb popular sentiments. There might be repercussions and we fear a state of disorder and chaos," Mubarak said during a question-and-answer session with Egyptian university students in the Mediterranean port city of Alexandria.

A day earlier, U.S. Vice President Dick Cheney, speaking to American war veterans in Tennessee Monday, dismissed as "deeply flawed" the logic of those who argue against a pre-emptive strike on Iraq.

The United States has accused Baghdad of rebuilding its banned weapons programs and supporting terrorism and said it wants a "regime change" in Iraq.

Saudi Arabia, which during the Gulf War welcomed U.S. troops to protect it from Iraq, joined Mubarak Tuesday in reiterating opposition to a U.S. attack.

"We don't believe that the case has been made in terms of a war against Iraq, and we don't think that people have thought through all the consequences," Saudi foreign policy adviser Adel al-Jubeir said.

Arabs, though, also have reason to be wary of Saddam. He invaded a fellow Arab state, Kuwait, in 1990, setting off the 1991 Gulf War.

Many Arab governments wanted to include wording urging Iraq to accept the return of U.N. weapons inspectors, while Baghdad instead sought a firm Arab statement of solidarity, the diplomats said. In the end, they accepted a formula proposed by the Palestinian ambassador to the league, Mohammed Sobeih, that they discuss threats against "some Arab countries, especially Iraq."

King Abdullah II of Jordan, another close U.S. ally in the region, told his countrymen in a speech earlier this month that he rejected U.S. war threats against Iraq. But he added "the decision in the end is that of the Iraqi leadership, they bear the responsibility before their people, (the Arab) nation and the world."

Qatari Foreign Minister Sheik Hamad told reporters during a visit to Baghdad Monday that Qatar opposed any military strikes, but wanted Iraq to accept the return of U.N. weapons inspectors.

The governments of Lebanon, Oman, Yemen, and the United Arab Emirates, along with non-Arab Iran, have all repeatedly expressed their opposition to a U.S. military strike against Iraq, saying both countries should solve the dispute through diplomatic means. They have also urged Iraq to implement U.N. resolutions on weapons inspections.

"We could not care less about the threats that are out there. Iraq has a long history with these threats and such despotism," Iraqi Vice-President Taha Yassin Ramadan told reporters in Syria after meeting President Bashar al-Assad.

In Baghdad, President Saddam Hussein told Qatar's foreign minister that a U.S. assault on Iraq would be an attack on "all the Arab nation," the official Iraqi News Agency reported.