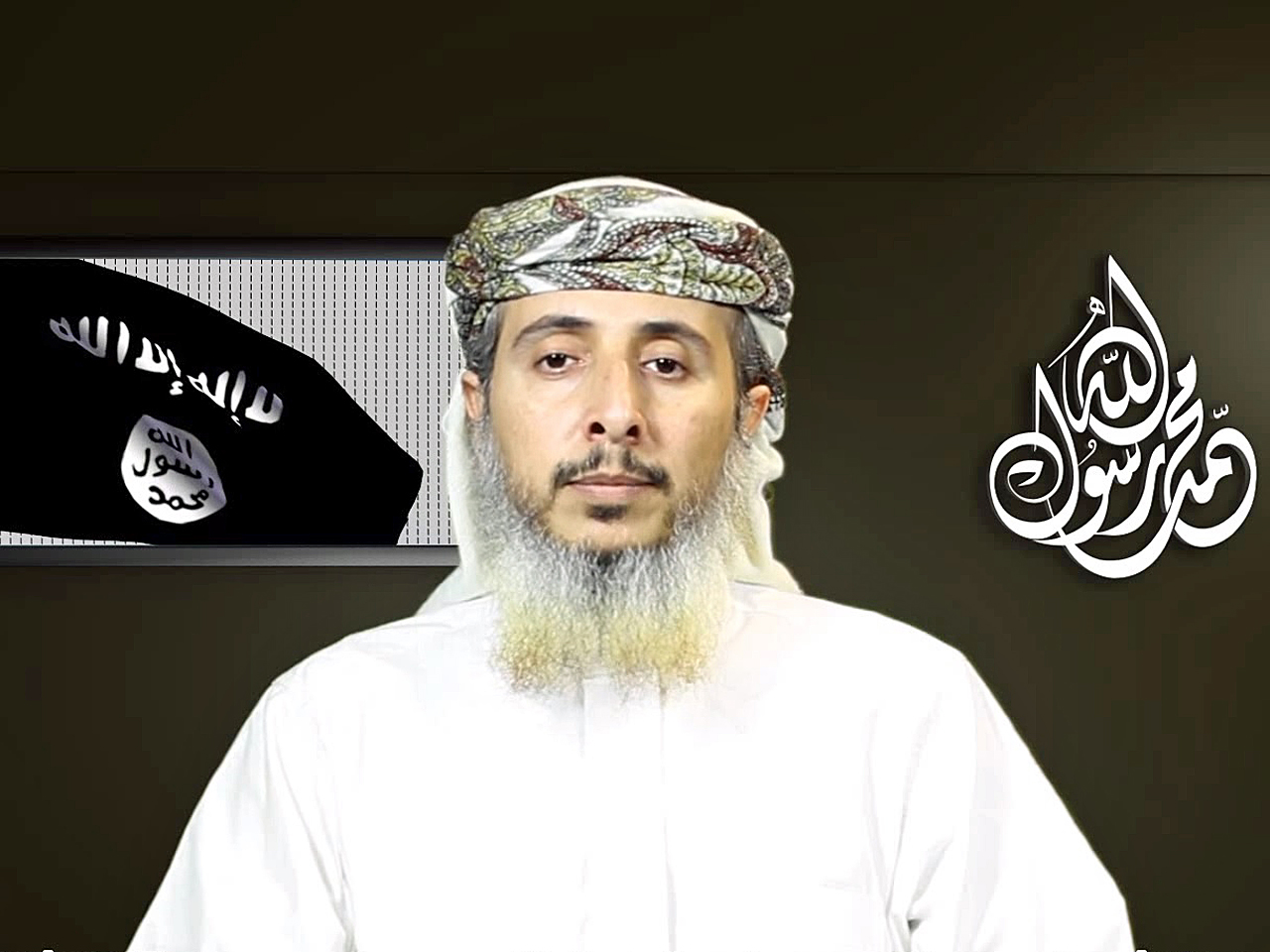 LONDON -- The Yemen-based branch of al Qaeda officially claimed responsibility on Wednesday for the massacre exactly a week earlier at the Paris headquarters of the satirical newspaper Charlie Hebdo, as copies of the paper's new edition -- which again mocked the Prophet Muhammad -- flew off shelves in France.

A senior leader of the group known as al Qaeda in the Arabian Peninsula (AQAP), Sheikh Nasr Ben Ali al-Aanesi, claims in the video released Wednesday that AQAP ordered, planned, and funded the attack in Paris with the guidance of al Qaeda chief Ayman al-Zawahri, and in line with recommendations of his predecessor Osama bin Laden.

State Department spokeswoman Marie Harf says U.S. intelligence is still looking at possible links between AQAP and the Paris attackers but has determined the AQAP video is authentic.

According to the video, the attack was planned as revenge for Charlie Hebdo's repeated publication of cartoons depicting the Prophet Muhammad. Any depiction of the Prophet is contrary to Islamic law and deeply offensive to many adherents of the faith.

Aanesi cited a warning from bin Laden against publishing images of the Prophet, quoting the slain al Qaeda chief directly: "If there is no check on the freedom of your words, then let your hearts be open to the freedom of our actions. The answer is what you see, not what you hear."

The video claim was released exactly a week after the attacks, and on the same day that the Charlie Hebdo staff who survived the massacre released a new edition, featuring the Prophet on the front cover. The newspaper, which usually sells about 60,000 copies, flew off shelves Wednesday morning. An initial run of 3 million copies sold out almost as soon as newsstands opened. Charlie Hebdo was reportedly to print an additional 2 million copies to meet demand.

Aanesi said American-born AQAP leader Anwar al-Awlaki was the man in charge of coordinating contacts with the attackers, French-Algerian brothers Said and Cherif Kouachi. Awlaki himself was killed in a U.S. drone strike in southern Yemen in September 2011.

The video did not include any images which proved the link between the Kouachi brothers and members of AQAP. However, CBS News learned on Tuesday that Said Kouachi returned from Yemen in 2011 with $20,000 to fund the operation.

Witnesses to the attack in Paris said the brothers repeatedly claimed to be members of AQAP during the siege.

The statement by Aanesi did not make any claims suggesting the Kouachi brothers coordinated their attack with Amedy Coulibaly, the man who shot a police officer to death the day after the Charlie Hebdo attack and then died in a police raid on a Jewish grocery store in Paris just moments after the Kouachis were killed on Friday. Coulibaly killed four hostages in the shop before the raid.

Aanesi also made no explicit mention of additional members of a terror cell in France to which authorities now believe the Kouachis belonged. Police were searching for as many as six people believed to have links to the men. French Prime Minister Manuel Valls said earlier this week that the manhunt was urgent because "the threat is still present."

U.S. intelligence officials have warned for years -- even as much of the attention in the West shifted to rival group ISIS -- that al Qaeda's Yemen branch represents the most immediate threat to the U.S. and it's allies.

Cherif Kouachi had a previous arrest in France, which CBS News' Bob Orr said may have made him the more well-known of the two. But, his older brother Said may actually have had stronger ties to AQAP.

Orr reported that, according to intelligence sources, Said spent "several months" training with the group in Yemen, at the time when Awlaki was running its operations.

Awlaki was the inspiration behind Nidal Hassan's massacre at Fort Hood, and he was also behind the failed attempts to blow up a commercial airliner over Detroit on Christmas Day, 2009, and to try and hit the U.S. with bombs smuggled onto aircraft inside computer printer parts.

All of those attacks relied heavily on one of AQAP's strengths; bomb making. The group in Yemen boasts one of al Qaeda's most accomplished bomb makers, Ibrahim al-Asiri, and Orr reported Wednesday that the Paris attacks could represent a change in thinking by the group, to "settle for what's possible."

In France, CBS News correspondent Elizabeth Palmer says security forces are reviewing their operations over the three days of attacks and hostage-takings, and their investigation into the incidents and who was behind them is wide-ranging.

In addition to the suspected members of the terror cell, police have said they're looking for a Mini Cooper car registered to Hayat Boumeddiene, the partner of Coulibaly.

They are also trying to track down Boumeddiene herself, who Turkish officials have said crossed through the country and into Syria as the tragedy unfolded in France.

Other leads in the investigation include a man seen on security camera video with Boumeddiene as she arrived at Istanbul airport, and a Frenchman, Fritz-Joly Joachin, who was arrested in Bulgaria and is facing extradition to France. Joachin, 29, is a Muslim convert who reportedly had multiple contacts with one of the Kouachi brothers before leaving for Bulgaria on Dec. 30.