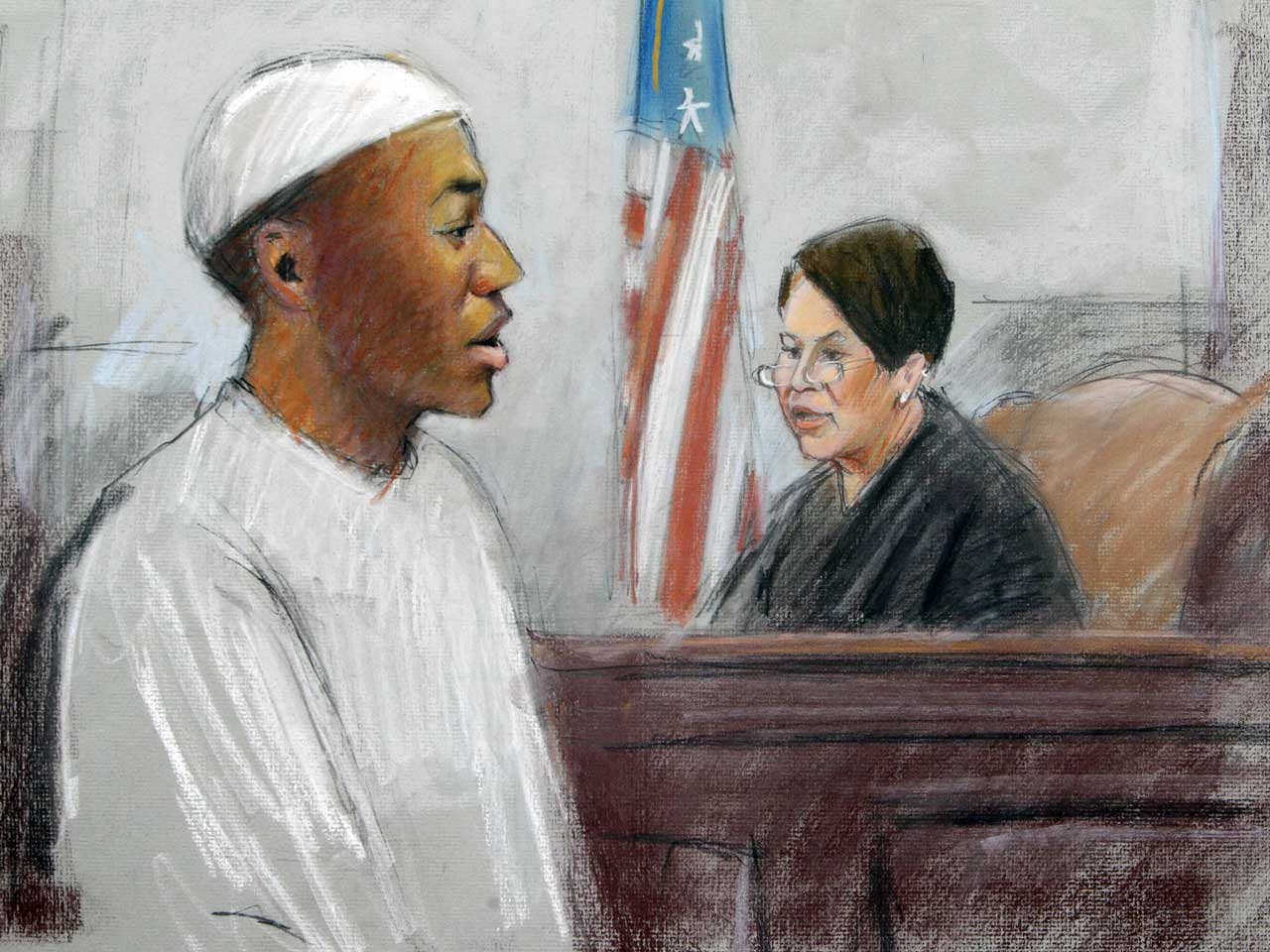 DETROIT - A Nigerian who tried to blow up an international flight near Detroit on behalf of al Qaeda has been sentenced to life in prison without parole.

The mandatory punishment Thursday for Umar Farouk Abdulmutallab was never in doubt after he pleaded guilty in October and prosecutors agreed not to seek the death penalty. The 25-year-old says the bomb in his underwear was a "blessed weapon" to avenge poorly treated Muslims worldwide.

The bomb didn't fully detonate aboard an Amsterdam-to-Detroit flight in 2009 but caused a brief fire that burned Abdulmutallab.

He admitted afterward that the attack was inspired by Anwar al-Awlaki, a radical American-born cleric and leading al Qaeda figure killed by a U.S. drone strike last fall.

Federal Judge Nancy Edmunds announced the sentence in a crowded courtroom that included some passengers from Northwest Airlines Flight 253.

Before the sentencing, Abdulmutallab called it a "day of victory."

As the sentencing went on, he shuffled through manila folders and envelopes, at times looking disinterested and pensive, but rarely looking at the judge or anyone who took the stand.

His attorney said it would be cruel and unconstitutional punishment when there was no death or serious injury to passengers.

But Edmunds said such a declaration would run counter to decisions by the U.S. Supreme Court and prosecutors said that passenger deaths were not the relevant threshold.

"Unsuccessful terrorist attacks still engender fear in the broader public, which, after all, is one of their main objectives," prosecutors said in a court filing Wednesday.

Abdulmutallab said the Quran instructs Muslims to kill people in the name of God and that Jews must be driven out of Palestine.

Abdulmutallab, wearing a white skull cap and an oversized prison T-shirt, was back in court four months after pleading guilty on the second day of his terrorism trial. The hearing was an open platform for passengers and crew who wanted to speak, but only five of nearly 300 addressed the court.

Abdulmutallab tried to detonate explosive chemicals that were hidden in his underwear minutes before the plane landed at Detroit Metropolitan Airport. The government says he first performed a ritual in the lavatory — brushing his teeth and perfuming himself — and returned to his seat. The device didn't work as planned, but still produced flame, smoke and panic in the cabin.

"I've become bolder. I've become stronger," said passenger Shama Chopra, 56, of Montreal, who plans to speak in court. She ran unsuccessfully for the Canadian Parliament in 2011, a race she couldn't have imagined joining years ago.

On the second day of the trial in October, Abdulmutallab suddenly pleaded guilty to all charges. In a defiant speech, he said he was carrying a "blessed weapon" to avenge Muslims who have been killed or poorly treated around the world.

"The Quran obliges every able Muslim to participate in jihad and fight in the way of Allah those who fight you, and kill them wherever you find them ... an eye for an eye, a tooth for a tooth," Abdulmutallab said.

The case also had lasting implications for security screening at American airports.

Abdulmutallab's ability to defeat security in Amsterdam contributed to the deployment of full-body scanners at U.S. airports. The Transportation Security Administration was using the scanners in some American cities at the time, but the attack accelerated their placement.

There are now hundreds of the devices nationwide.

Below watch evidence presented in court regarding Abdulmutallab's underwear bomb.