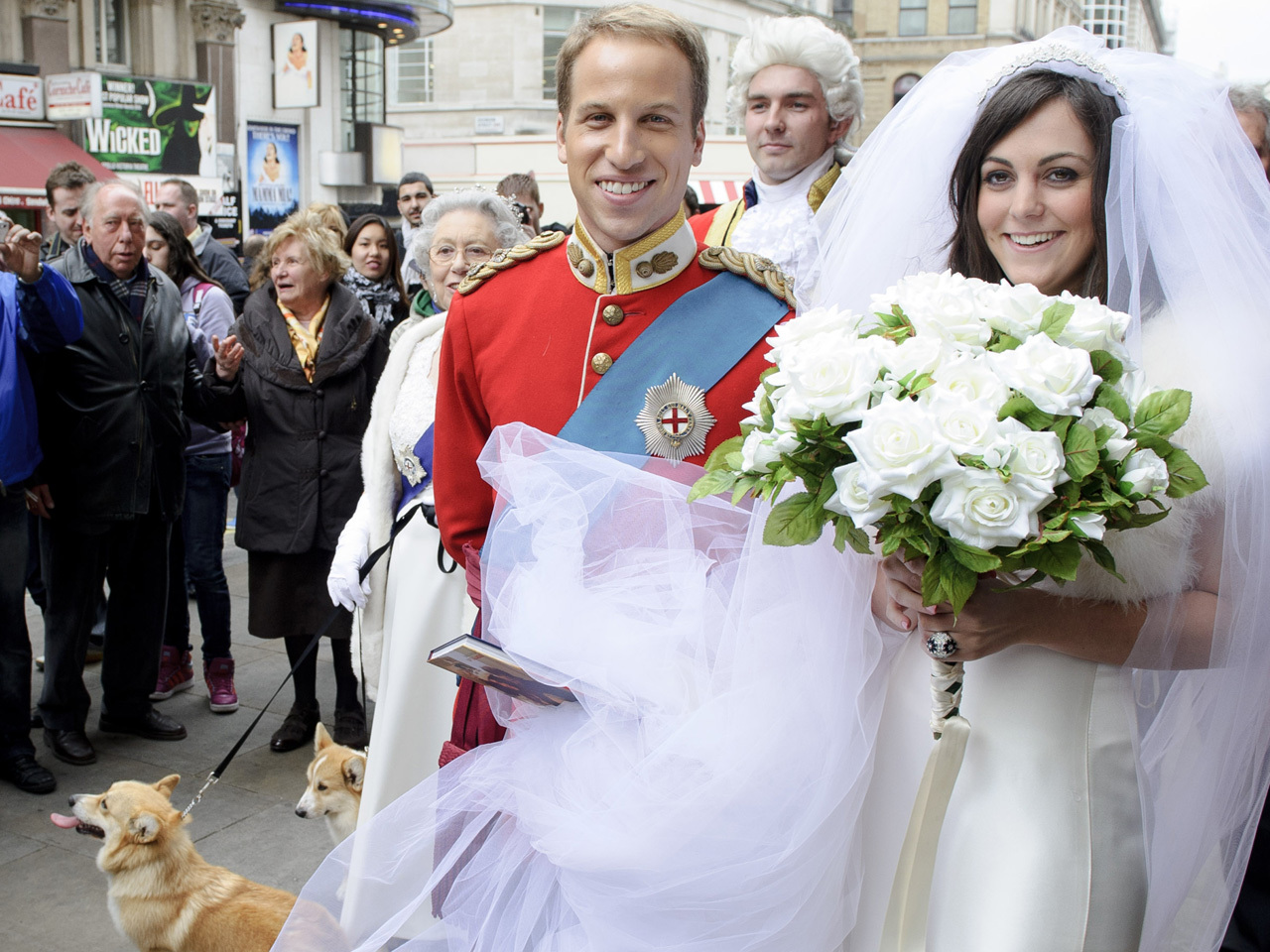 (CBS/AP) LONDON - A "royal wedding" took place in London on Friday, but it wasn't William and Kate walking down the aisle.

Look-alikes dressed up as Queen Elizabeth II, Prince William and Kate Middleton - complete with wedding dress - for a faux wedding. The fake royal entourage walked the streets, posed in front of a church and went by in a very real horse-drawn carriage that added to the midday traffic jam at Piccadilly Circus. (See another photo below.)

One visitor from Australia, 27-year-old Krystal Macmillan, was completely taken in by the stunt, quickly ending her cellphone conversation when she saw the bogus royals go by. She realized fairly quickly she had been too gullible.

"I'm not used to queens and princesses running around," she said.

Tourists might have been fooled by the spectacle, but the native Brits could tell the real from the fake. "I knew right away, I'm not stupid," Veneena Alacrone, a 19-year-old from London, said. "But I think it's funny."

The imitators, who are professional British actors, were promoting a new book by Alison Jackson, "Wills and Kate Up the Aisle," that pokes fun at the royal family with racy photos. The book is one of a series of spoofs, including elaborate newspaper and magazine productions, capitalizing on the fascination - and occasional fatigue - with the escalating blitz of publicity leading up to the royal wedding.

The real royal couple will marry at Westminster Abbey on April 29.