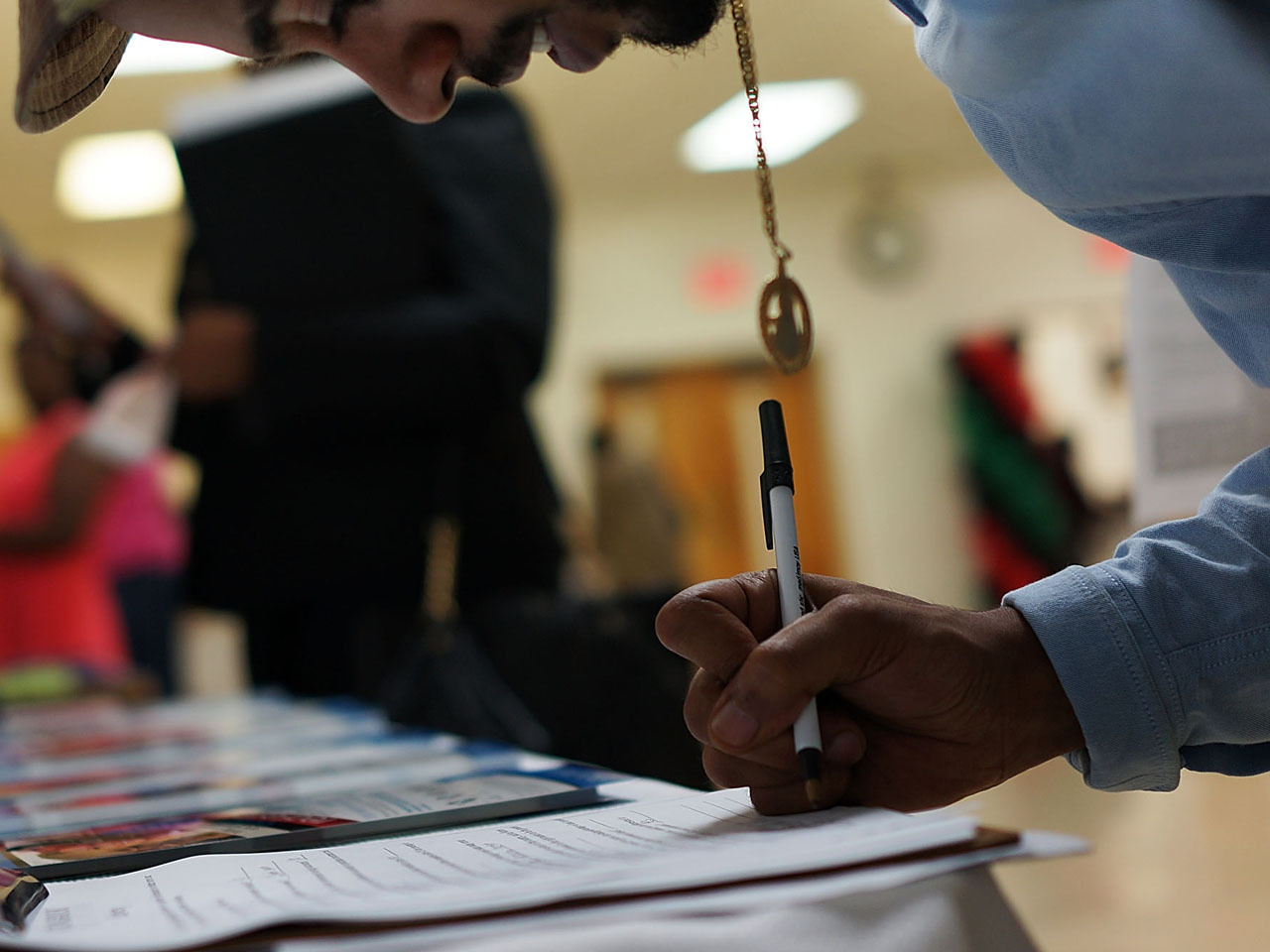 WASHINGTON The number of Americans seeking unemployment benefits remained near the lowest level in more than five years last week, a sign that companies are cutting few jobs.

First-time applications for benefits fell 6,000 to a seasonally adjusted 331,000, the Labor Department said Thursday. The four week average, a less volatile measure, inched up 750 to 331,250 after falling to its lowest level since November 2007 the previous week.

Applications for unemployment benefits reflect layoffs. At the depths of the recession in March 2009, they numbered 670,000. The average has fallen 10 percent this year.

All told, nearly 4.5 million people received unemployment benefits in the week that ended Aug. 10, the latest period for which figures are available. That's about 30,000 more than in the previous week.

The figures "signal no let-up from the recent pace in employment growth, which has been strong enough to keep unemployment trending down," said Jim O'Sullivan, an economist at High Frequency Economics. "If anything, claims are suggesting further acceleration."

Though employers are cutting few jobs, most have yet to start hiring aggressively. Fewer layoffs can increase net job gains, even if hiring doesn't rise much.

Employers have added an average of 192,000 jobs a month since January. That's enough to gradually lower the unemployment rate, which fell to 7.4 percent in July.

The economy is growing at a pace that might be too weak to accelerate hiring. It expanded at a 2.5 percent annual rate from April to June, the government said Thursday. That's up sharply from the government's previous estimate of 1.7 percent.

Growth may not be picking up much in the current July-September quarter. Manufacturing and housing, two key sectors, have shown signs of weakening. Rising interest rates may be slowing the housing recovery, which could lead to fewer construction jobs. Sales of new homes plummeted in July to their lowest level in nine months.

And a measure of pending home sales -- which reflects the number of people who sign contracts to buy homes -- fell in July. That suggested that final sales could slow in the coming months.

U.S. factories received fewer orders in July for long-lasting goods, a sign of less-than-robust manufacturing output. Businesses cut back on orders for computers, electrical equipment and other costly items.