First it was the mystery car. The Silicon Valley version of a yeti sighting.

"Apple is testing a car on the streets of San Francisco!" they screamed -- a self-driving car, they conjectured. Then the rumors turned the corner, from autonomous to electric: Apple wants to "give Tesla a run for its money." And the lawsuit: Apple is poaching battery talent from Tesla.

Now, Apple insiders are reportedly saying that yes, an Apple car is in the works, yes, it's going to be electric, and, yes, it's actually coming soon. Sooner than most would have guessed.

According to Bloomberg, "people with knowledge of the matter" said that Apple is planning to have electric cars in production by 2020. The timeline is aggressive, especially for a company that has no foothold in the market to start with. But it's Apple, so, you know, rules shmules.

The timing would put the company just behind the 2017 releases of the Tesla Model 3 and the Chevy Bolt, both of which will offer consumers an electric option that can get 200 miles on a charge and cost under $40,000, an important move to potentially bring electric vehicles into mainstream reach.

And while on the one hand, no company wants to go up against Apple -- especially when its luring away employees -- on the other, this could be a welcome move for all automakers trying to get electrics going.

"I think at the end of the day it's really going to benefit everybody because... Apple's brand is so strong that it takes them to sometimes get into the market to convince everyone else that this is the way to go," CNET senior editor Jeff Bakalar told CBS News.

Perhaps, he posited, this could be the elusive tipping point for the electrics market.

Indeed, we've seen this pattern before, most recently with Apple Pay. Google Wallet had languished for years before Apple swooped in and made contactless payment systems all the rage. See also: the iPod.

So will Apple do for electric cars what it's (more or less) doing for mobile payments? We'll see in about five years. If only engines could run on rumors, Apple would provide us with all the clean energy we need. 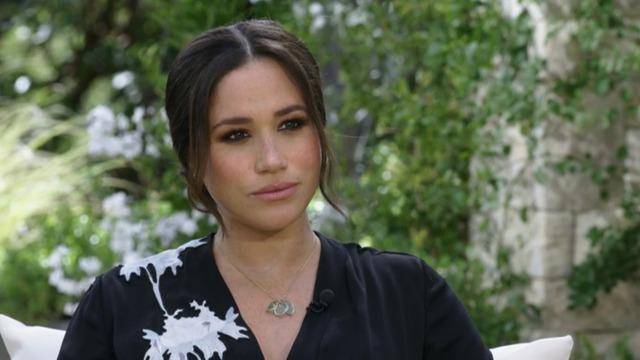 Meghan Markle, Duchess of Sussex, tells Oprah Winfrey in an exclusive interview on CBS about her thoughts on the royal family and marriage. See more here.