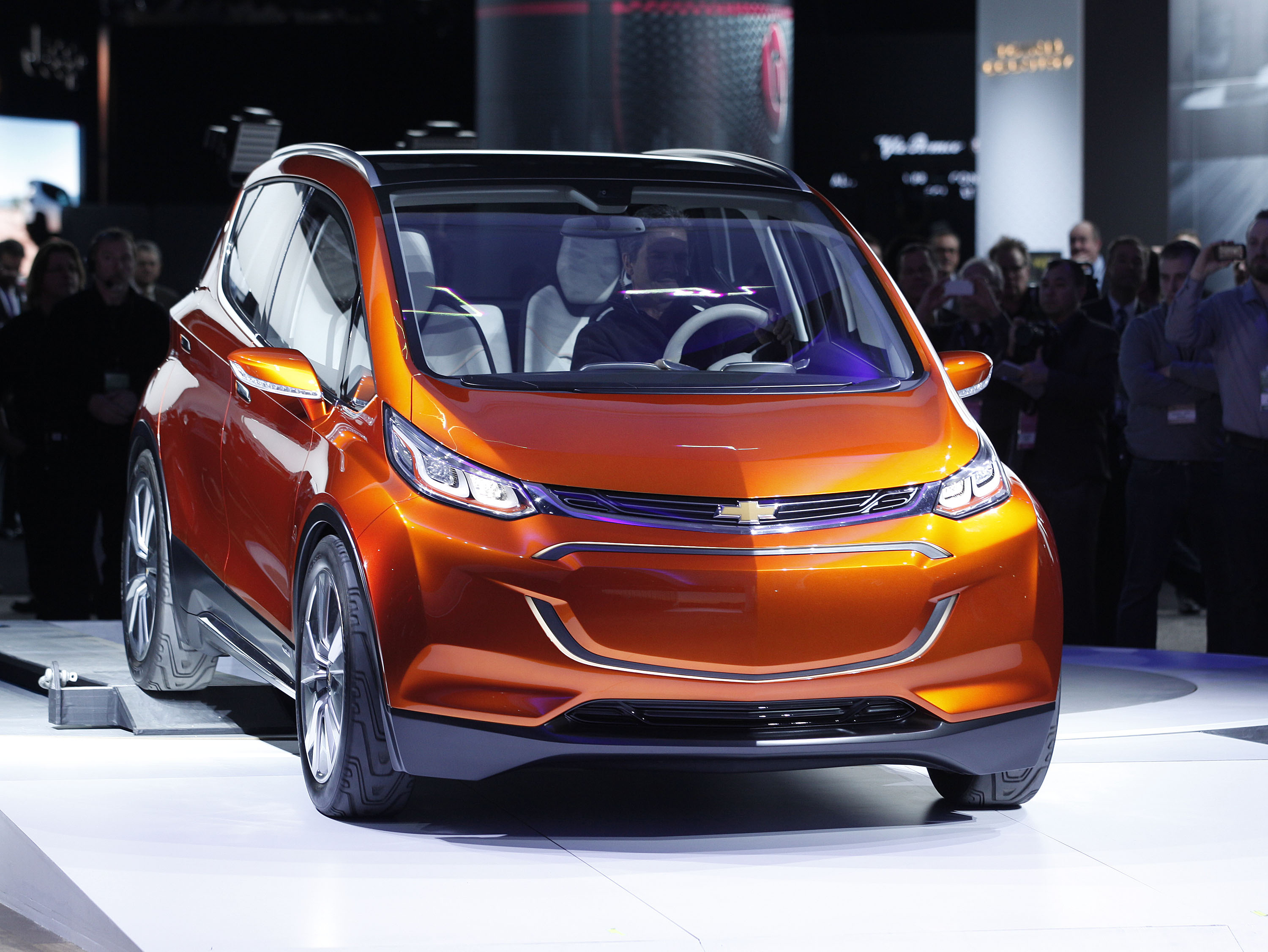 General Motors (GM) CEO Mary Barra called it a "game-changing electric vehicle designed for attainability, not exclusivity." The $30,000 Bolt is poised as a direct opponent to Tesla Motors (TSLA), which has been seen thus far as very much exclusive, though the company is planning to release a similarly priced car, the Model 3, for $35,000 in 2017.

The Bolt's starting price comes after the federal tax credit of up to $7,500 offered to buyers of electrics.

It has an estimated range of over 200 miles, powered by a fast-charging lithium ion battery from South Korea's LG Chem Ltd., that can charge up to 80 percent in under 45 minutes.

The car was designed with a number of energy-saving tweaks such as lightweight materials, including magnesium, carbon fiber and woven mesh, and aluminum wheels with clear inserts between the spokes and vented rear fenders to reduce drag. Drivers can choose between operating modes to optimize performance during daily commuting or long-range cruising.

Chevy is using glass -- a lot of glass -- to make the compact four-seat crossover feel spacious.

The concept vehicle will also feature an automatic "park-and-retrieval" system that will let drivers send the car to park itself, then come pick them up when they're ready. Similar technology from BMW was on show last week at the International Consumer Electronics Show in Las Vegas.

The Bolt follows Chevy's successful plug-in hybrid Volt, first introduced in 2011. Surely the similar naming is no coincidence. The car is reportedly slated for release in 2017.