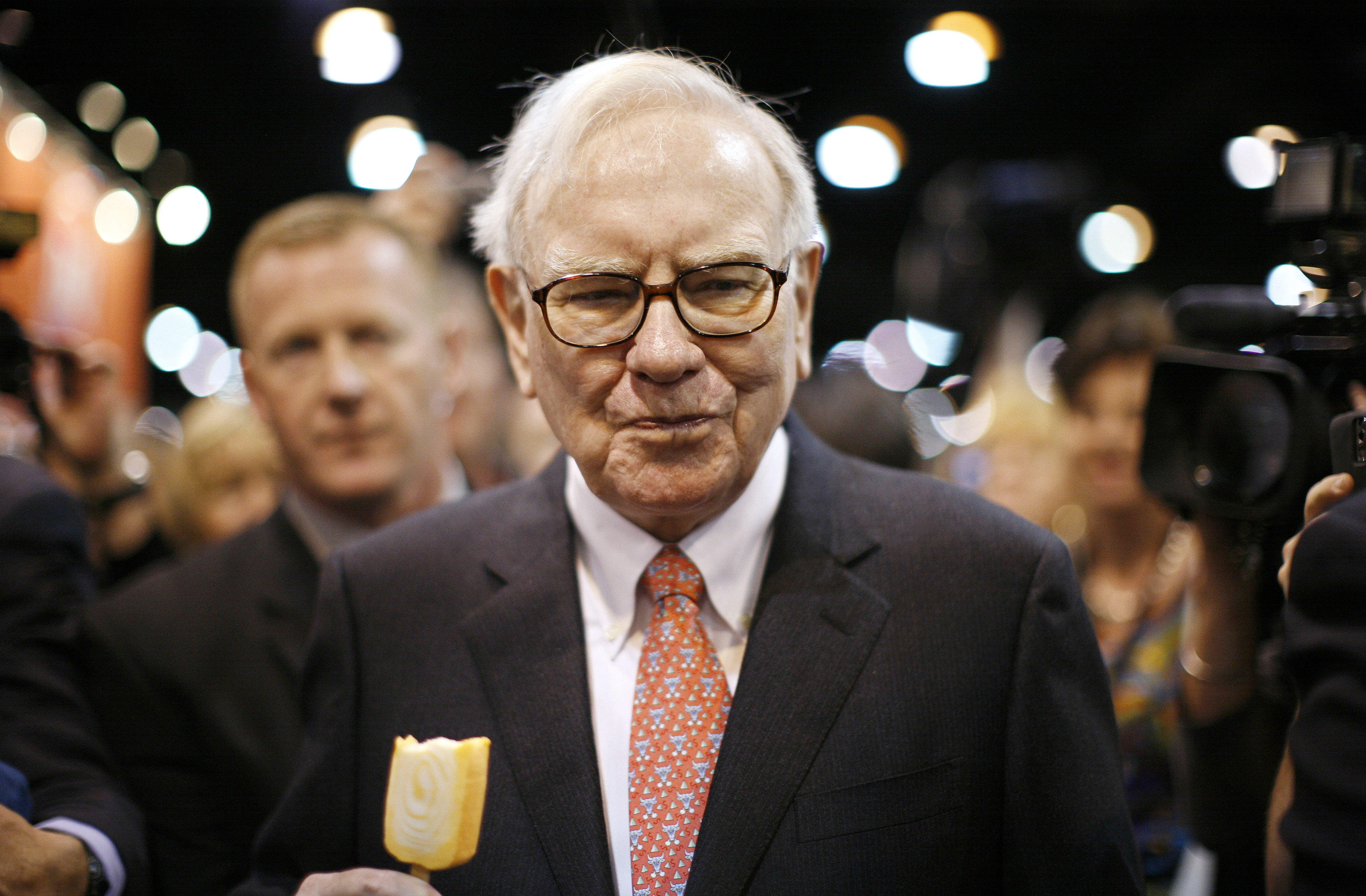 U.S. stocks rose Friday as shares of Apple hit an all-time high to lead a rally for technology companies. Retailers and most other groups of stocks also were higher. A slightly disappointing April jobs report didn't have much effect on the market. Trade talks between the U.S. and China ended without a deal, but that wasn't a big surprise to Wall Street.

Apple spike after billionaire investor Warren Buffett said his Berkshire Hathaway company had bought more of its stock in the past few months. Apple rose 3.3 percent to $182.75 after Buffett told CNBC his company bought another 75 million shares in the tech giant, giving it more than 240 million shares altogether.

Buffett told CNBC about the purchase ahead of Berkshire Hathaway's annual meeting this weekend.

Apple has climbed 12.5 percent this week after the company reported solid results at the start of the year and investors were pleased with its forecast of solid iPhone sales, which came as a relief to investors. It also raised its dividend and announced a big stock repurchase.

Elsewhere in the technology industry, Microsoft gained 1 percent to $94.98.

U.S. employers stepped up hiring modestly in April, and the hiring estimate from March was revised higher. That's evident the economy remains resilient even though some businesses are concerned about a possible trade war. While many employers say it's difficult to find qualified workers, they have yet to significantly boost pay in most industries. Average hourly earnings rose 2.6 percent from a year ago, which was also roughly equal to analyst estimates.

The Trump administration asked China to reduce its trade deficit with the U.S. by $200 billion by the end of 2020, striking an assertive stance in talks aimed at averting a trade war between the world's largest economies. It also wants China to immediately stop providing subsidies to certain industries listed in a key industrial plan and end some of its policies related to technology transfers, a key source of tension underlying the dispute. While the trade tensions have rattled investors, many market watchers think the two sides will eventually come to a deal that doesn't disrupt trade much.

Newell Brands agreed to sell its disposable cups and cutlery business to Novolex Holdings for $2.2 billion after taxes, and its stock rose 3.8 percent to $27.70. Newell's products include Sharpie markers, Calphalon cookware and Rubbermaid. It's trying to simplify its business after it bought consumer products company Jarden for about $13 billion two years ago, but since then it's fallen short on sales projections and lost billions in market value.

Engineering and construction company Fluor plunged after it slashed its profit forecast because a gas-fired power project suffered "continued challenges." The company took an unexpected loss in the first quarter and now expects a profit of $2.10 to $2.50 per share for the year, down from $3.10 to $3.50 per share. The stock dropped 21.1 percent to $46.53.

Bond prices rose early, but later gave up that gain. The yield on the 10-year Treasury note remained at 2.95 percent. That helped banks recover from an early loss. Lower bond yields mean lower rates for mortgages and other types of loans, which reduces profits for banks.