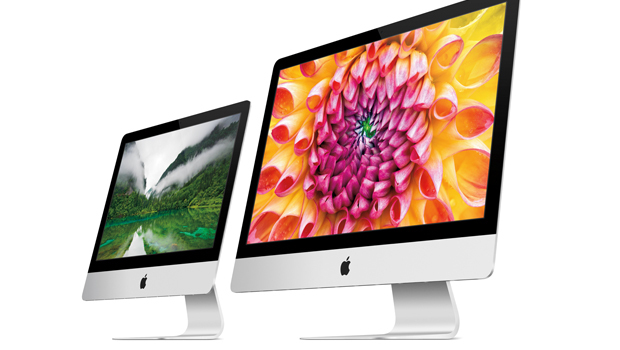 (MoneyWatch) In what would be a major departure from its previous manufacturing practices, Apple (AAPL) appears to be assembling some iMacs in the U.S., CNET reports.

Such a shift could indicate a wish by Apple to distance itself from some of the PR headaches it has faced over the years stemming from its use of overseas labor. More broadly, the company's reputation for cutting-edge business practices could augur a move by other technology companies to return manufacturing jobs to the U.S. That would be provide a badly needed boost for the domestic manufacturing sector, which new data show shrank in November to a three-year low.

Apple did not immediately respond to an inquiry regarding the report.

A move to build iMacs in the states wouldn't be the first time that a major tech vendor had "onshored" jobs back to the U.S. China's Lenovo, the largest PC maker in the world, recently announced that it would open a factory in Whitsett, N.C., to increase the company's manufacturing flexibility and speed its ability to fill custom orders.

According to Seth Weintraub at 9To5Mac, "Assembled in USA" has appeared on some Apple packaging in the past. But that badge being etched into an iMac's aluminum case might indicate a more permanent commitment to make the device in the U.S. Furthermore, under Federal Trade Commission rules, companies may stamp products as made in U.S. only if "substantial" amount of their assembly takes place here.

The move would also not come as a surprise for Apple, which has proved flexible and forward-looking in its manufacturing practices. The company outsourced manufacturing to Asian factories in 2004 when that made sense. Apple CEO Tim Cook, who is noted for his expertise in operation matters, would likely be quick to shift directions if warranted.

Several factors could spur Apple to bring more manufacturing jobs back to the U.S.:

- Wages have grown in China, reducing the company's competitive advantage as a provider of low-cost labor.

- For many in the U.S., income has fallen to 1989 levels and wages are falling in many states, further reducing the price advantage that overseas factories can offer.

- Because of global oil prices, the cost of transporting goods from Asia has risen over the last decade, adding cost to imported goods. With U.S.-based assembly, Apple or other computer manufacturers could potentially ship components only once, rather than multiple times.

- By assembling products in the U.S., Apple could respond more flexibly to demand, rather than being tied to a supply schedule that typically requires months to ship products around the world.

Even a move by tech and other companies to repatriate jobs is unlikely to herald a boom in U.S. manufacturing. Such jobs are often lower-skilled and do not command the higher wages and benefits that software development and product design jobs pay. With the economy still struggling to produce jobs, however, any push by companies to create work in the U.S.  could help reduce unemployment.