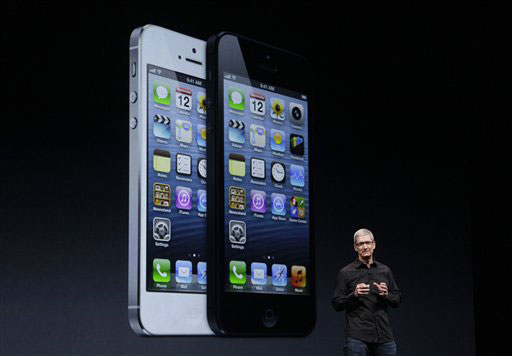 (MoneyWatch) COMMENTARY After disappointing expectations of a major new model last year, Apple (AAPL) announced the iPhone 5 today. Let there be no doubt, the device will sell a boatload of units. However, the changes seemed all incremental improvements -- new features that were nice, but none that catapulted Apple ahead and left all rival Android phones in the dust.

Since the iPhone 3, Apple has worked on an alternating release schedule for the devices. One year would bring a major single number release and the next year saw an "S" incremental improvement. Last year, many people expected the iPhone 5 but Apple released the 4S.

However, the iPhone 5 seems more like another incremental release. Yes, it has LTE support, which means the device can use the faster data networks that carriers have been putting into place. But a number of competitors have had LTE models for a year or more. Other than that, consider some of the major features that Apple promoted:

There are other features, as well, but the sense is small improvements with many putting Apple into the position of finally catching up with competitors. And there are also things that might ultimately become a pain in the wallet for customers. The LTE feature makes high data use easy, which could mean some big surprises when phone bills come in. And the new design requires a new connector, meaning that old plug-in equipment and cords will need adapters.

Doubtless the hardcore fans will argue that Apple is revolutionary, blazing trails and creating amazing products. But from a more detached view, the company's pace of major innovation seems to be slowing. For example, there didn't seem to be anything new that was the equivalent of a Siri or Retina display.

Perhaps much of this owes to the rapid maturation of the smartphone market. There are many vendors all trying to race ahead of each other, which raises the bar for what will be eye-catching.

The question is even with the heavy sales you can expect for the iPhone 5, has Apple shown why it focuses so much on patent suits -- because it can't keep up the same level of innovation it once did? And would the 5 have been significantly different had Steve Jobs lived?