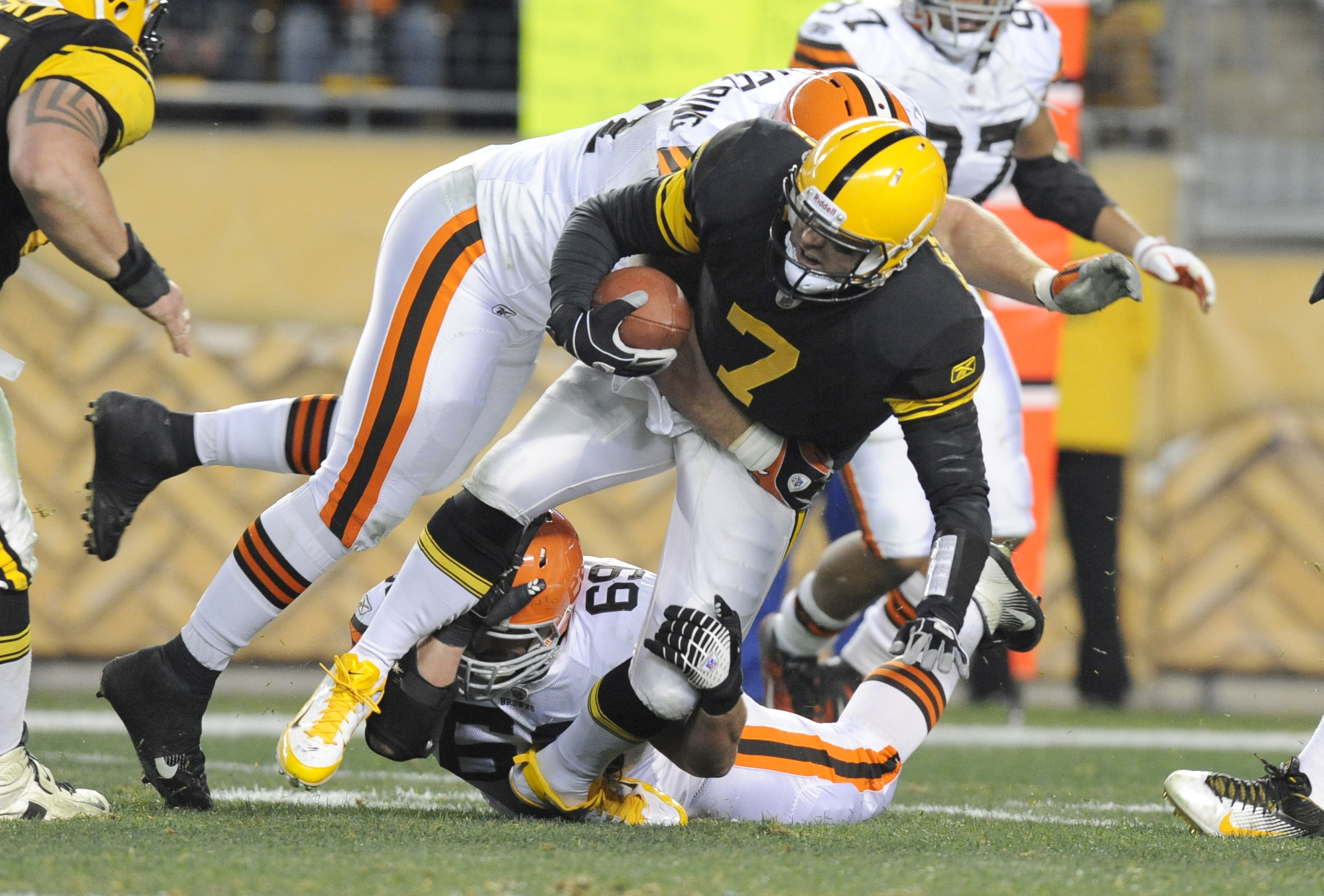 Denver Broncos defensive lineman Antonio Smith is a rarity in the NFL: He does not get injured. The Super Bowl will mark his 179th appearance in 180 games since the middle of the 2005 season, a decade of astonishingly good health in a relentlessly violent sport.

Rather than crediting particularly proficient care from the four teams he's been with, Smith says he managed to suit up week after week after week thanks in large part to what he arranges on his own.

"You've got to get yourself a good system. Chiropractor, massage therapist, stretch therapist. A lot of guys are doing IVs now," Smith said. "Take care of your body. You've got to do that. If the team doesn't supply it, you spend the money."

In an Associated Press survey of 100 NFL players released Sunday, plus additional interviews with Smith and others, a picture emerges of a profession where most employees head to work each day all-too-aware of the risks associated with what is commonly described as a 100 percent injury rate. Many say those lingering concerns affect what happens on the field.

And yet, some insist, they don't believe they're receiving the best possible care. Fewer than half of those surveyed, 47 players, said they think the league's clubs, coaches and team doctors have the athletes' best interests at heart when it comes to health and safety. Of the rest, 39 said players' interests don't always come first, and 14 either weren't sure or refused to respond.

"Some of the guys I hear stories from, they don't trust the team opinions. (Teams are) pushing guys and telling them to 'Go!'" Jacksonville Jaguars running back Denard Robinson said. "That's crazy. That's crazy to hear that."

A couple of players mentioned the "conflict of interest" inherent to a team doctor's job. One labeled players "the asset" that medical staffs need to rush back as soon as possible. Another said "everyone knows" the quality of care depends on the size of a player's paycheck.

"It's their job to make you playable," Detroit Lions safety Don Carey said. "There's a lot of pressure on them to keep guys on the field."

The AP spoke to 66 players who have been in the NFL at least four seasons, and 34 with less experience, and the divide between the groups was striking.

Barely a third of the older players, 35 percent, told the AP they trust that their interests are being protected. That was far lower than the 71 percent of players in Years 1-3 who held that positive outlook.

"Being in the league for a while, that doesn't surprise me. You hear stories - extreme one way, extreme the other way," said Smith, 34, a 12th-year veteran who previously played for Arizona, Houston and Oakland. "Some places are really good at it, other places are, in the players' opinion, not good at all."

As co-chairman of the NFL's player safety advisory panel, Ronnie Lott expressed disappointment when told of such responses.

"We shouldn't have situations where players are feeling (that way). We should have players sitting there, saying, 'Yes, they're trying to give us the best that they can possibly give us,'" said Lott, a hard-hitting defensive back elected to the Pro Football Hall of Fame in 2000. "The game keeps evolving. It keeps getting better. Yes, there are flaws. Yes, there are things we wish we could (do to) make the game better. I guess we could try to find ways to make it even safer."

Over a two-month span this season, AP reporters posed a set of five questions to at least three members of each of the NFL's 32 teams to gauge attitudes and anxieties about football.

Among the results from the nonscientific survey:

- 39 of the 100 players said they are more worried about the long-term effects of concussions than other types of injuries.

- 52 rated their general level of concern about injuries as high or medium ("You can break your neck at any moment; it's not like we're playing golf," Washington Redskins cornerback DeAngelo Hall said), while 48 said it was low or nonexistent.

- 70 brought up the notion that injuries are guaranteed to happen to every player and/or mentioned that they know the risks associated with football but aim to set those thoughts aside.

- 71 said they have noticed other players' play affected by what might be health or injury concerns, and 36 acknowledged their own play has been influenced by such worries.

"I try to be the hammer and not the nail. If you worry about injuries, you tend to be very timid and things like that, and you end up getting hurt," said tight end Ed Dickson, a survey participant whose Carolina Panthers face Smith's Broncos in the Super Bowl. "I know it's a concern. I just try not to think about it."

That's not necessarily easy when there are reminders all around. After most practices and games, NFL coaches begin their sessions with the media by offering a list of names, body parts and degrees of injury.

"Injuries are as much a part of the game of football as blocking and tackling," is the way Pittsburgh coach Mike Tomlin put it - and that was before his Steelers became the first team in the Super Bowl era to play a postseason game without their leading rusher and leading receiver.

The NFL told the AP that there were 1,672 injuries during 2015 regular-season games that resulted in missed time, which works out to roughly one for each player in the league. And that doesn't account for injuries in the preseason, postseason or practices.

A total of 275 players, an average of one per team every other week, went on injured reserve during the regular season, twice as many as in 2001 and the highest number for any year in that span, according to STATS. And then there are the guys who get back out there, over and over, no matter what might be ailing them. Just one example: Panthers linebacker Thomas Davis - already recovered from three ACL surgeries - intends to play in the Super Bowl two weeks after breaking his right forearm in the NFC title game.

Players get loaded up with painkillers or prescription anti-inflammatory medicine to such elevated levels that an AP reporter saw notes taped to locker-room stalls in one team's facility offering to administer blood tests to monitor liver function.

During a conference call Friday to discuss a 58 percent increase in concussions during regular-season games, Betsy Nabel, the league's chief health and medical adviser, pledged to "continue to invest in research and focus on driving innovation that will lead to a better understanding of how we can prevent, diagnose and treat not just head injury, but all injuries as well."

Speaking about NFL medical care in general, Cincinnati Bengals offensive lineman Andrew Whitworth said: "In this day and age, it's a ton better than it's ever been, but I think there's still some times certain things aren't fully disclosed, as far as: Maybe it's something you can play through, but the reality is it's going to make you a lot worse after the season."

Tennessee Titans defensive lineman Jurrell Casey, who did not participate in the survey, said the handling of a player's health comes down to "if you're a starter (or) if you're not a starter."

Sometimes, Casey explained, "You get your coach or trainer constantly coming up to you, telling you, 'Oh, you coming back this week? You going to be ready tomorrow? You think you can go today?' A lot of times, you get in your mind: 'Does Coach really want to see me healthy? Or do they really want to see me play?'"

Those sorts of thoughts weigh on players as they risk their well-being for the entertainment of millions of fans, many making wagers or risking money on daily fantasy websites. The league rakes in billions, the teams enjoy millions in profits and, while the players can make many millions, too, their contracts are not fully guaranteed.

"You have to be superhuman, basically. I've had several surgeries in the past three months, which is not normal. But you've got to give the people what they want," said Redskins offensive lineman Shawn Lauvao, who spent most of his sixth season on injured reserve.

He described his various procedures as involving "sawing bones off and getting screws inserted" in both feet, repairing tendons on both ankles, and cleaning out torn left ankle ligaments.

"The one thing I always say is: The game catches up to everybody," said Lauvao, who wasn't part of the AP survey. "My hope and prayer is that I want everybody to be healthy and to be prosperous. But I don't know if that'll happen. Call me hopeful or call me crazy."