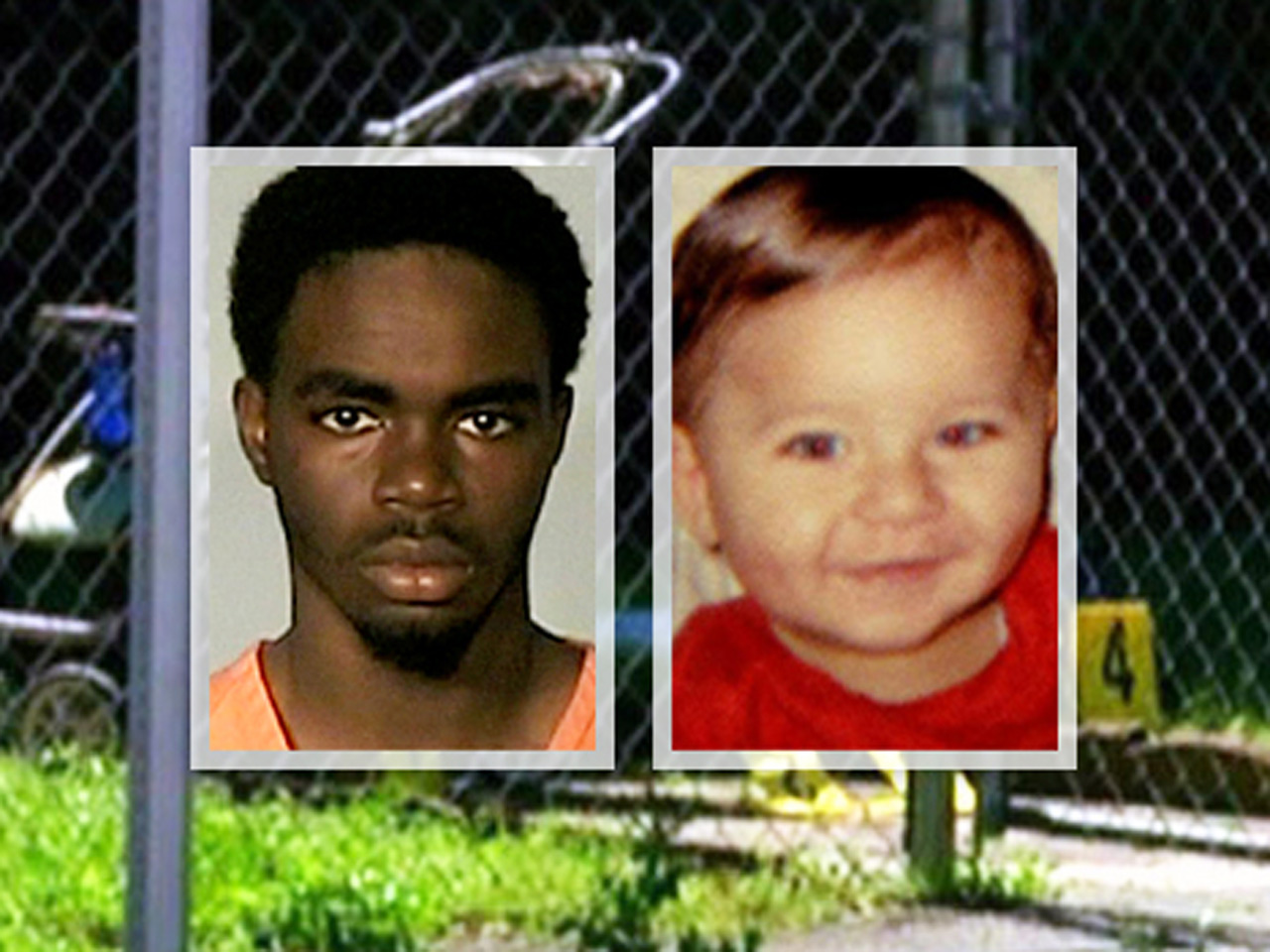 (CBS/AP) MARIETTA, Ga. - The jury has begun deliberations in the case of De'Marquise Elkins, the Georgia man accused of fatally shooting a baby in a stroller. Closing statements wrapped up Friday and the case was handed over to the panel around 1 p.m., reports CBS Jacksonville.

During closing arguments, a defense attorney for Elkins said the investigation was flawed and police ignored other leads and suspects, while the prosecution said witnesses may have had shifting stories but video and other evidence doesn't lie.

The closing arguments Friday in the trial of De'Marquise Elkins gave dramatically different portrayals of the investigation and presented opposing theories of what happened. Elkins, 18, is charged with murder and other crimes in the March 21 killing of 13-month-old Antonio Santiago in Brunswick, along Georgia's coast. He's also accused of shooting the baby's mother in the leg and, 10 days earlier, a pastor during a robbery attempt.

Elkins faces life in prison if convicted of murder. At the time of the shooting he was 17, too young to face the death penalty if convicted under Georgia law.

His mother, Karimah Elkins, was on trial alongside him on charges of evidence tampering and lying to police.

Another teen, 15-year-old Dominique Lang, also faces murder and other charges in the case. He's set to be tried at a later date.

The police and prosecution conducted the investigation and built a case was unprofessional and sloppy, De'Marquise Elkins' defense attorney Jonathan Lockwood argued. Once they arrested his client the day after the shooting, the police refused to consider anything else, Lockwood said.

"They finished their case in 25 hours. Everything else they did after that they just sugarcoated," Lockwood said.

The prosecution's witnesses - many with a criminal history and some drug users - lied repeatedly and changed their stories throughout the investigation, Lockwood said. The initial information that led police to Elkins came from a known crack user who initially gave a different name for the shooter, he said.

The baby's mother, Sherry West, has a history of mental illness and takes a number of medications to treat that and behaved strangely after the shooting, occasionally joking and laughing while being questioned by police and making other bizarre statements, Lockwood said.

The baby's father, Louis Santiago, was in the vicinity when the shooting happened and showed no warmth toward the child's mother afterward, Lockwood said.

Dominique Lang, Elkin's co-defendant, testified that Elkins is the one who asked West for money and fired the shots, but admitted lying repeatedly, Lockwood said. And Lang's cousin, Joe Lang, was in the area on the day of the shooting and fits the description of the shooter.

"You have to look past the dead baby and look at the facts in the case," he told the jury.

Brunswick Judicial Circuit District Attorney Jackie Johnson also urged jurors to look at the facts, saying the defense presented theories and speculation but that the evidence proves Elkins is guilty.

Johnson showed jurors a string of still photos pulled from various video cameras around Brunswick the day of the shooting, all of which show Elkins in specific locations at specific times.

Johnson reminded jurors of the testimony of a girl who said Elkins walked her to school around 8:45 that morning and another who said she spent the night before with Elkins and ate with him later that morning, which was backed up by video stills of them at a convenience store.

Then Johnson reminded jurors of what Elkins told police, that he woke up around 10:30 that morning, that no one else was home and that he left for school around 11:30 a.m.

The only person whose story didn't match the evidence in the case was Elkins, Johnson said.

The story Dominique Lang told police was very similar to the one West told, Johnson said. While there was no video of the shooting itself, video evidence in the case supports other parts of Lang and West's stories, Johnson said.

Johnson also took exception to the accusation that police stopped investigating once they arrested Elkins, noting that they pulled video from various cameras around town and went diving in a pond to recover the gun the following week.

Johnson also slammed the defense for picking on West and her behavior following the shooting: "Does anyone know what the protocol is for how you're supposed to act when you've just watched your child get shot in the face?"

Karimah Elkins is accused of providing a false alibi for her son and tossing the gun used to kill the baby in a pond.

Her defense attorney, Wrix McIlvaine, said police were in a rush to charge the whole family and, in the process, trampled on his client's rights by failing to get a warrant before coming to her house when they were looking for her son and failing to read her her rights.

"Even if they thought he was in there, go get a warrant. Do it the right way," McIlvaine said.

The indictment specifically says Karimah Elkins and her daughter disposed of the gun used to shoot Antonio, but the prosecution never proved that the gun Karimah Elkins had and that she's accused of getting rid of was, indeed, the murder weapon, McIlvaine said.