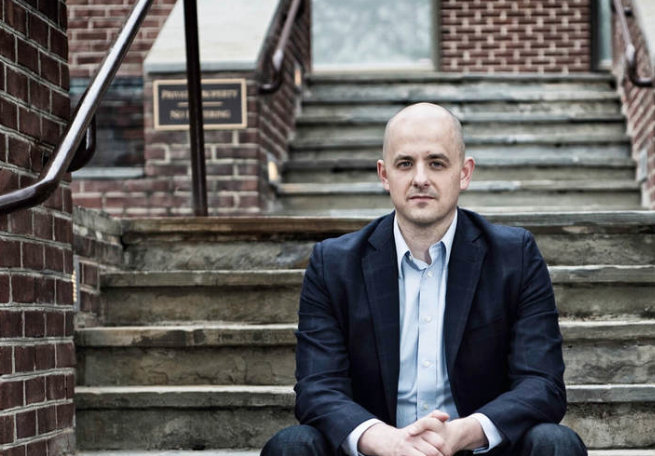 A former CIA operations officer and chief policy adviser for the House Republican Conference on Capitol Hill announced Monday that he is launching a third-party presidential bid.

His name is Evan McMullin, 40, and he will file paperwork with the Federal Elections Commission as a presidential candidate on Monday, CBS News confirmed.

"In a year where Americans have lost faith in the candidates of both major parties, it's time for a generation of new leadership to step up," McMullin said in a statement on his official Facebook page. "It's never too late to do the right thing, and America deserves much better than either Donald Trump or Hillary Clinton can offer us. I humbly offer myself as a leader who can give millions of disaffected Americans a better choice for President."

He has little chance of winning the White House, however, because the deadlines to get onto states' ballots have already passed in 26 states, including in battlegrounds like North Carolina, Florida, Michigan, Pennsylvania, Wisconsin and large states like Illinois and Texas. He could potentially get onto roughly 26 state ballots, but it could also be a maximum of about 16 because more states have deadlines this week.

He already launched a website for his presidential bid Monday, asking supporters to sign up and join his campaign, as well as social media accounts.

Since January 2015, McMullin has served as the chief policy director for the House Republican Conference in which he has specifically focused on foreign affairs, national security, finance, government reform, healthcare, technology, natural resources and women's empowerment, according to his LinkedIn page. Previously, he served as a senior adviser on the House Foreign Affairs Committee.

Before coming to Capitol Hill, he worked as an investment banking associate at Goldman Sachs in San Francisco for three years.

For more than a decade -- between 1999 and 2010 -- McMullin worked as an operations officer for the CIA in which he "managed clandestine operations related to counterterrorism, counterinsurgency, energy, political stability, and counterintelligence, while serving mostly in hostile environments," his LinkedIn says. On Facebook, it says he volunteered for overseas service in the Middle East, South Asia and North Africa.

In 2001, he volunteered as a refugee resettlement officer for the United Nations High Commissioner for Refugees in Amman, Jordan. He also served as a Mormon missionary in Brazil, his Facebook page says.

McMullin has a bachelor's degree from Brigham Young University in international law and diplomacy and a master of business administration from the Wharton School at the University of Pennsylvania, his Linkedin says.