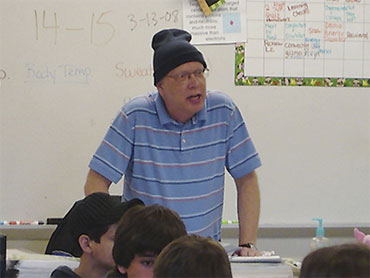 Authorities are about to release findings from an investigation into the death of a census worker found with the word "fed" scrawled on his chest.

Federal and state investigators who have been working the case since September haven't yet announced whether Bill Sparkman's death was a homicide, suicide or accident.

Sparkman's naked body was found Sept. 12 near a cemetery in a heavily wooded area of southeastern Kentucky. One of the witnesses who found the body said the 51-year-old was bound with duct tape, gagged and had an identification badge taped to his neck.

Earlier this month, law enforcement officials were investigating whether Sparkman may have to appear like murder so his son could make a life insurance claim.

Life insurance policies typically do not cover suicides within a certain time period after the policy begins.

Josh Sparkman said he was convinced his father was killed, in part because there were several items missing and apparently stolen from his car. Police have declined to comment about any of the items removed from the car except for a census computer, which was not found although its case was.

"If it's deemed suicide, there's no point in even looking at insurance," the son said. "There's no such thing as suicide insurance. The money is not the concern. I just want to know what happened to my dad."