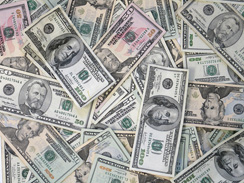 (MoneyWatch) As director of research for BAM Advisor Services -- an alliance of about 130 like-minded Registered Investment Advisor firms -- I'm asked to evaluate a never-ending stream of products from investment firms. Virtually all of these investments effectively amount to schemes to transfer assets from investors to purveyors.

The latest "investment opportunity" I was asked to review came from a hedge fund. The firm was creating a vehicle that would basically be a "factoring" operation.

In a typical factoring arrangement, a business makes a sale and generates an account receivable. The so-called factor buys the right to collect on that invoice by agreeing to pay the seller the invoice's face value, less a fee. Because factors extend credit not to their clients but rather to their clients' customers, they're concerned about the credit risk of the business that must pay off the account receivable. That means a company with creditworthy customers may be able to finance itself by factoring, even if it can't qualify for a loan because of its poor credit rating.

The investment I evaluated was in the form of an interest in a limited partnership in a receivables fund, with the receivables being generated from factoring. What is important to understand is that factoring isn't a high-return business. Yet the confidential memorandum I reviewed showed a 10 percent return target for the investment, a target that which would be achieved after subtracting the fund's fees, which were 2 percent of assets and 20 percent of the profits. The memorandum also noted that principal protection was hedge fund's top priority.

The notes in the memorandum indicated that the receivables fund would purchase assets, with the debtor typically being a Fortune 500 company. The fund would then earn a fee of 1-3 percent in return for accepting the credit risk. The cycle would be 30-45 days. A 1 percent fee with a 30-45 day cycle would be the equivalent of borrowing costs of about 8 percent to 12 percent.

That's a problem. The reason is that a small company selling to investment-grade customers typically won't factor their receivables. Instead, they'll get a line of credit from a bank, secured by the receivables, at a lower cost. In other words, the proposed 1-3 percent fees are too steep, at least for that type of credit quality.

Here's another thought. Given today's interest rates, I doubt that any of the Fortune 500 firms have borrowing costs anywhere near 8 percent to 12 percent. Which means the firm selling the receivable could instead finance itself cheaper by simply offering their client better terms to pay off the account receivable earlier. For the investment-grade credit, that would be a great use of their capital. And that's using just a 1 percent fee. Fees that are any higher make the proposition even more dubious. Are we to believe that the companies selling their receivables haven't thought of this idea?

The bottom line is that it doesn't seem likely that the limited partner could generate the quality of loans they described. The factoring business simply doesn't generate those kinds of returns with that quality of account receivables.

Perhaps the returns would be achieved by using leverage. If that's the case, then the LP doesn't deserve a 2/20 fee, as the investors are taking the risks of leverage. The investors can simply leverage themselves at much lower costs. Why pay 2/20 just for leverage? The other possibility is that the LP will be taking on more credit risk.

The most basic tenet of finance centers on the relationship between risk and expected return. Only a fool would fall for the idea that one could expect a 10 percent return, while also having principal protection as the main objective. You can't mix credit risk and/or leverage with principal protection being the main objective. And if the returns are to be achieved by taking credit risk, there's a big problem.

Of the three executives listed at the hedge fund, two were sales and marketing people, and the third had a grand total of six years of credit experience. That's a rookie in that field. You need very strong credit skills to be in the factoring business, which is typically done by buying receivables from weaker credits. CIT Group (CIT), a major factoring firm, is in that business, and investors don't have to pay 2/20 to invest in the company. (And an investment in CIT has not been a particularly good one, either.)

Unfortunately, we're not done. The memorandum also noted that in addition to the 10 percent expected return, investors would benefit from owning a non-correlating asset. If the credits aren't investment grade, then the correlation of the returns will increase to high levels.

One of Swedroe's laws of prudent investing is that if something offers a high yield, there's risk there, even if you can't identify the risk. Issuers simply don't offer you such attractive propositions. If such propositions actually existed, they would keep them to themselves, not offer them to you.