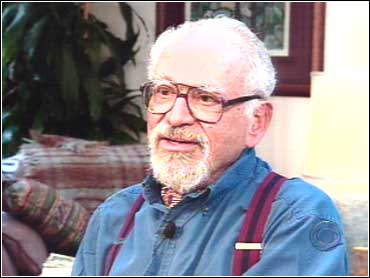 The diabetes drug Rezulin has been linked to dozens of deaths. CBS News Correspondent Sharyl Attkisson reports a Food and Drug Administration investigation is focused not on the drug's maker, but on the scientists who sounded the alarm.

A doctor with the FDA has stepped forward and publicly criticized what's happening in his own agency. Dr. Leo Lutwak said there is a culture that ignores and intimidates scientists who disagree with others on Rezulin.

Lutwak, a prominent researcher, was summoned to FDA Internal Affairs last week. He was accused of leaking documents to the media about the alleged dangers of Rezulin. When Dr. Lutwak denied it, he says he was told to put it in writing and that, "If I were lying, I was subject to criminal prosecution and five years imprisonment," Lutwak said.

One of those scientists is Dr. Robert Misbin, who's in charge of Rezulin reviews. He recently wrote Congress about his concerns and then he, too, was summoned to Internal Affairs. He refused to appear and now faces disciplinary action.

"The FDA is devoting its energy to, quote, controlling leaks," Dr. Lutwak says."It's like it's like a Nixonian aproach. We have FDA-gate now instead of Watergate! They're trying to do plumbing activity to stop leaks rather than do what the FDA is supposed to do, which is protect the consumer!"

Both Misbin and Lutwak say they're risking their jobs by talking, but say they're compelled to do so to try to save lives. The FDA has refused our repeated requests to talk about Rezulin, the drug approval process, and its treatment of scientists who disagree with official FDA positions on drugs.