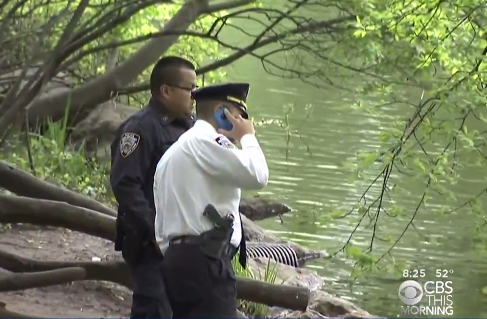 Police found a body of a man wearing pants and shoes but no shirt in a pond near 59th Street and Fifth Avenue around 7:30 a.m. Wednesday.

The discovery came a day after a maintenance worker discovered a decomposed body in Central Park's Jacqueline Kennedy Onassis Reservoir. That body was found before 1 p.m. Tuesday.

Neither body showed signs of trauma, and police don't suspect criminality is involved in either death, NYPD chief of detectives Robert Boyce said Wednesday. The medical examiner will determine how they died.

On Tuesday, tourists, runners and people trying to walk around and enjoy the weather in the park were unnerved by the first discovery.

Not all visitors, however, were shocked.

"We're from London, so these things do happen in big cities," a tourist said.