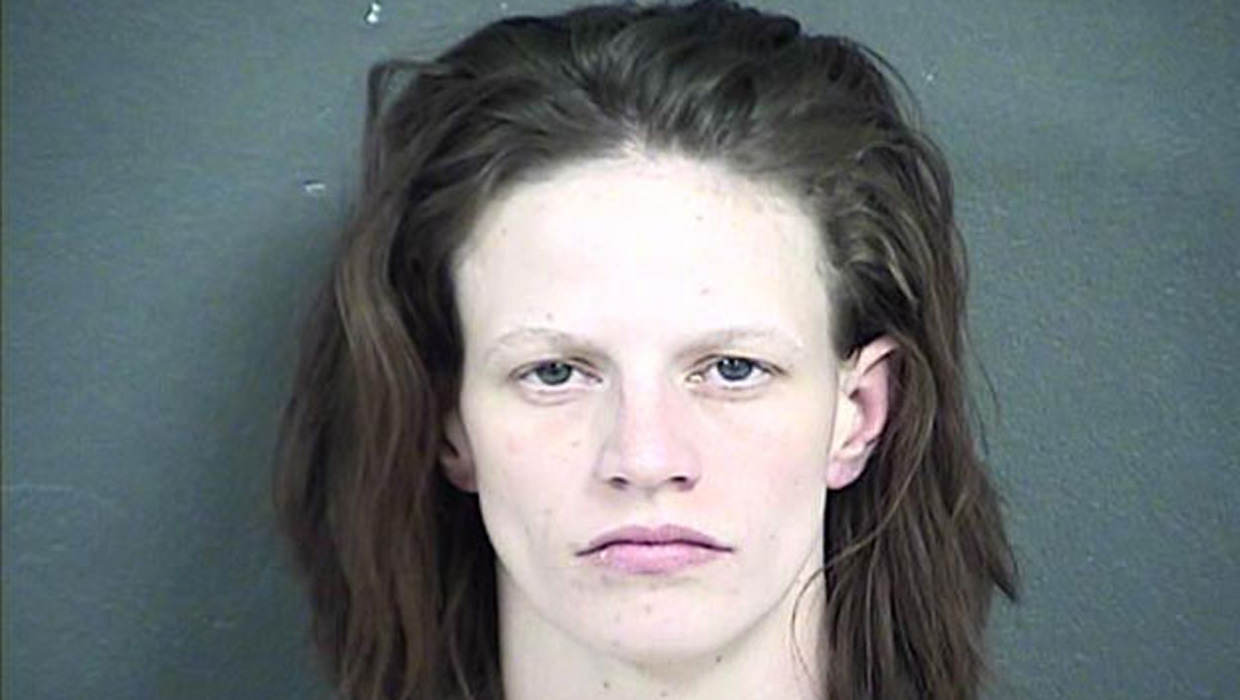 KANSAS CITY, Kan. -- The wife of a Kansas bail bondsman who is charged with abusing his missing 7-year-old son was arrested early Thursday, authorities said.

Heather Jones' husband, Michael Jones, was charged late last month with child abuse, aggravated battery and aggravated assault after authorities investigating a domestic disturbance found the remains of a juvenile on the family's property. A police source told CBS affiliate KCTV investigators fear the child was beaten to death and his remains fed to pigs.

Heather Jones was arrested at about 4 a.m. Thursday on a bench warrant for theft from 2012 and is on an investigative 48-hour hold on suspicion of first-degree murder, intentional and premeditated abuse of a child and torture or cruelly beating a child, KCTV reports. She has not been formally charged.

No charges have been filed against Michael Jones in connection with his son's disappearance or with the discovery of the human remains, which haven't been identified.

Heather Jones has said the missing 7-year-old boy was her husband's child from another relationship. In interviews with The Associated Press, she has alleged that her husband abused her and the missing boy. She also said she suspected her husband was going to kill her shortly before he was arrested because she "found out" what happened to the missing child.

"I am not God, and I could not save everyone," she said in a telephone conversation last week before her arrest.

Six girls from age 10 to less than 2 were taken from the home and are in state custody.

District Attorney Jerome Gorman has declined to address reports that the remains had been fed to pigs at the family's property, but has said investigators described the scene "as one of the worst things that they have ever seen."

Heather Jones' father, Jeff Coon, told KCTV early this month that his daughter called him on Thanksgiving Day and calmly told him her husband had killed his son and fed him to their pigs. He said it was the first time he had talked to his daughter in six months and that he hadn't been to her home in two years.

Two former babysitters told the station the children lived in deplorable conditions and that several people had contacted child welfare officials with concerns. They said Heather Jones added pigs to the livestock in the family's barn in September.

Michael Jones' father, Jerome Jones, defending his son to the station. He says "Mike loved kids" and he "is not the type of person that would do what he's accused of doing."

Gorman said the child abuse charge against Michael Jones, described as "torturing or cruelly beating," indicates the boy was abused between May 1 and Sept. 28.

Michael Jones is jailed on $10 million bond. Gorman said it is the highest a judge has ever granted in the 34 years he's been with the district attorney's office. It was unclear when Heather Jones would appear in court.