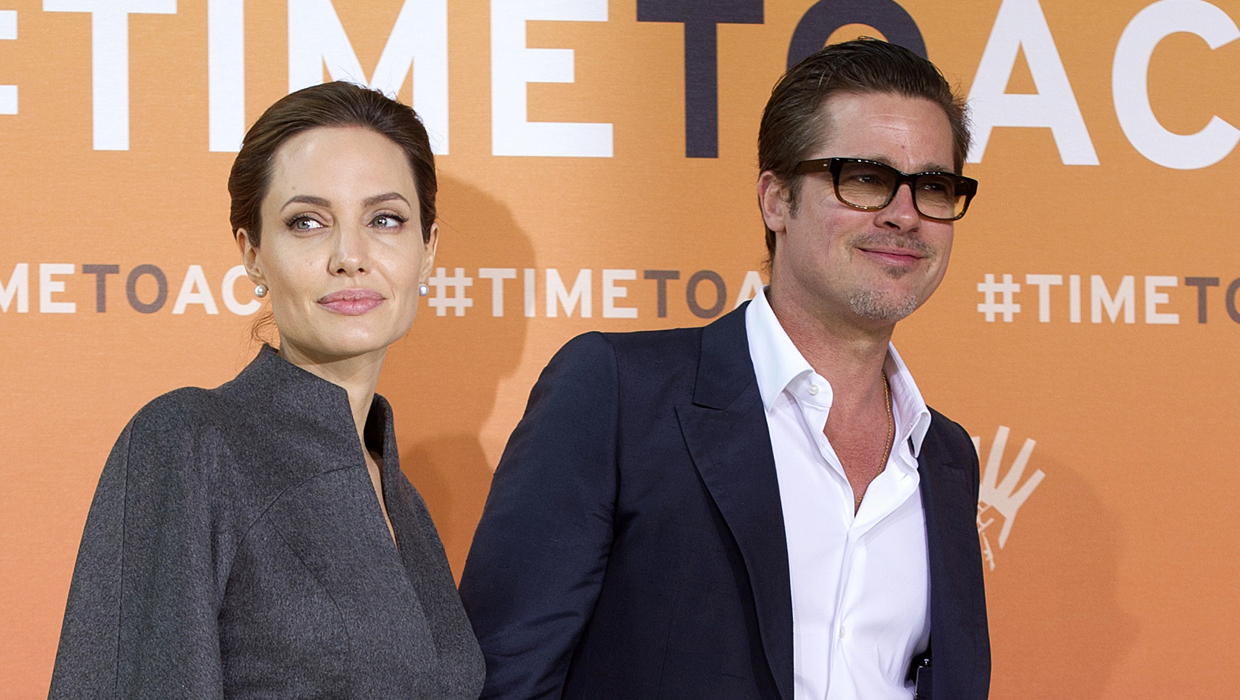 NEW YORK -- How'd they do it? Brad Pitt and Angelina Jolie managed a no-leaks wedding in France after some nine years and six kids together, and years of speculation on when and if they'd marry.

"A majority of celebrities are doing everything they can to keep their weddings private," said David Tutera, a party planner whose celebrity wedding clients have included Star Jones and Shannen Doherty.

One recent exception: The May wedding of Kim Kardashian and Kanye West in Italy.

"Her camp always creatively provides at the right moment the pieces of the puzzle that eventually get put together -- intentionally," said Tutera, who has not worked with Kardashian.

Tutera, who stars on WE tv's "David Tutera's Celebrations," said when it comes to keeping the wedding secret it's all about the ironclad confidentiality agreement, for vendors anyway. The legal document binds them to monetary fines for sharing celebrity secrets.

And it's also about keeping the actual planning process and execution short, he said. "Vendors are the first to leak. A shorter time frame of planning helps minimize that," Tutera said.

Splashy or simple, high-profile or private, celeb couples have been all over the place on how they've handled the attention. Here's a look back, including another highly anticipated wedding day -- that of Pitt and his first wife, Jennifer Aniston:

In contrast to Brangelina's intimate, tight-as-a-drum ceremony, Pitt's last wedding was over the top. The $1 million ceremony in 2000 included a 40-piece gospel choir, floating lotus flowers, a 13-minute fireworks display and imported candles from Thailand.

The newlyweds released a single photo of themselves from the wedding and reportedly struck a deal for the rest with the French magazine Paris Match, giving the undisclosed payment to charity.

Did your invitation get lost in the mail? No worries. The lead-up in France to Kimye's May 24 wedding in Florence, Italy, will be included in two upcoming "Keeping up With the Kardashians" episodes, airing Aug. 31 and Sept. 1 on E!

Before exchanging vows, the two held court in Paris, paraded for cameras and posted photos on Instagram from fashion designer Valentino's 17th-century Chateau de Wideville. There were costume changes, including a sexy open-front white number for the new Mrs. Kardashian West.

And there was a welcome dinner at Versailles for only 150 guests, the reality TV star told The Associated Press in a recent interview. "We shared what we wanted to and we kept things private," she said.

The rap mogul put a ring on it in 2008 after six years of unconfirmed dating. They got married in his Manhattan apartment and tried to keep the fancy party under wraps. No such luck. The paparazzi snapped arriving guests, including Gwyneth Paltrow and Chris Martin, who recently "consciously uncoupled" while Bey and Jay remain hitched.

Glitz overtook privacy when these two brought old-fashioned glamour back for their swanky 2000 wedding. They married at The Plaza Hotel, drawing several hundred gawkers who craned to see inside arriving limos. The cost? A reported $2 million.

Douglas and Zeta-Jones, who remain together, served the paparazzi hors d'oeuvres the night before.

The pair gave People an exclusive interview and photos after their 2008 wedding, and the talk show hostess with the mostest showed off video on air. But only their closest family and friends watched them exchange vows at their Los Angeles home.

Both brides wore designs by fashion darling Zac Posen, the actress in a backless princess gown of white with a frothy light pink skirt and DeGeneres in a white tuxedo vest and matching trousers.

The couple sat on floor pillows during the ceremony with author Wayne Dyer, who officiated.