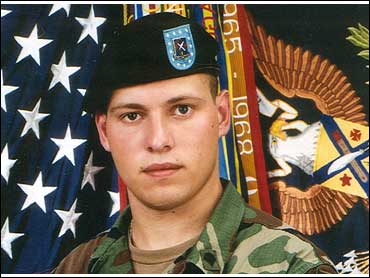 Annika Sörenstam was pushed to three playoff holes Sunday before continuing her remarkable streak in the LPGA Michelob Light Classic.

Rallying from four shots off the pace early in the day, Sörenstam shot a 2-under-par 70 to pull into a tie, then birdied the third playoff hole to defeat Tina Barrett and win her first tournament of the year.

But it was Sörenstam's third consecutive Michelob Light Classic win and her fourth victory in the last six years of the LPGA tournament in St. Louis.

Sörenstam played her final 14 holes in 4-under par and finished the regulation 72 holes in 10-under 278 on 6,337-yard Forest Hills Country Club course.

"I'll take it," Sörenstam said. "I've heard all year, 'You haven't won. What's the matter with you?"

"I've worked hard on my game all year. I think I'm hitting the ball better. I'm glad to see I could put four good rounds together."

It was the second straight year Sörenstam has won in a playoff. Last year, she defeated Donna Andrews.

"I'm happy it's here," Sörenstam said of the Forest Hills course. "There's some great people here and that makes it special."

She is one of only five players to win the same tournament three years in a row. The last to accomplish the feat was Laura Davies, who won the Standard PING from 1994-1997.

Sörenstam's victory, her 17th on the LPGA Tour, also ended her longest winless drought. Her last victory came in September 1998 at the SAFECO Classic.

Barrett, the leader by a stroke going into the final round, began the day at 10-under and did not move. She parred every hole during regulation, including the 515-yard, par-5 18th to force a playoff with Sörenstam.

"It's hard to make that many pars," Barrett said. "I said I needed to be aggressive and I probably did need to be a little more aggressive."

Each player parred No. 18 on the first two playoff holes. On the third playoff hole, Barrett parred No. 18 for her 24th straight par going back to Saturday. But Sörenstam knocked her approach from 99 yards within 7 feet and sank the putt for the win.

"We pretty much knw whoever made a birdie was going to win," Sörenstam said. "I was just trying to get it in there close."

While Barrett was staying in place during regulation , Sörenstam was charging. She finally caught Barrett when she dropped a 16-footer for birdie on the 560-yard, par-5 16th to go to 10-under.

Sörenstam then took the lead for the first time when she hit her approach to within 2 feet on the 365-yard, par-4 17th hole and made birdie. But she dropped back into a tie for the lead when she three-putted at 18 for a bogey.

Local favorite Nancy Scranton, who is from nearby Centralia, Ill., took the lead when she birdied the fifth hole to get to 11-under. However, she gave five strokes back in two holes when she hit errant tee and approach shots at Nos. 11 and 12.

Scranton took a double bogey at the 11th and a triple bogey at the 375-yard, par-4 12th to fall to 6-under. She also bogeyed Nos. 16 and 17 for a final-round 77 and finished six shots off the pace in a tie for sixth with Wendy Doolan, Juli Inkster and Laura Philo.

Lorie Kane and Lisa Kiggens tied for third at 282, while Susan Ginter was another shot back.

Kane began the day one stroke back at 9-under, but shot a final-round 75.

"My bread and butter is that I hit a lot of fairways, and today I didn't," Kane said. "I was on a roller coaster and just couldn't settle down with the tee shots."

However, Kane said she was not discouraged.

"We're just going to keep building," said Kane, who is still seeking her first victory. "I need to learn how to win, though."