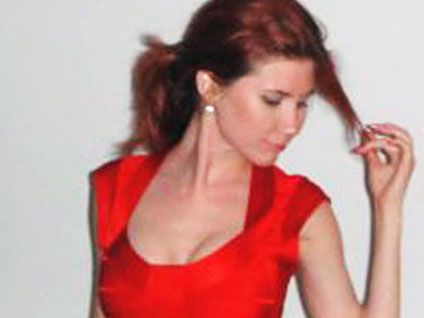 NEW YORK (CBS/AP)  In a story reminiscent of the Cold War, the FBI arrested 10 alleged Russian spies said to be living double lives for up to a decade - posing as innocent civilians while secretly attempting to infiltrate U.S policymaking circles to learn about American weapons, political developments and diplomatic strategy.

An 11th defendant, a Canadian citizen suspected by U.S. authorities on charges of espionage and money laundering, was arrested Tuesday morning at Larnaca airport in Cyprus while attempting to flee to Budapest, Hungary, police say.

Of the 10 so-called "deep-cover" agents detained, prosecutors have deemed Anna Chapman to be a flight risk, calling her a highly trained "Russian agent" who is "a practiced deceiver."

Chapman was arrested in Manhattan on Sunday after two undercover FBI agents, one in New York and the other in Washington, posed as Russian agents and met with Chapman at a restaurant in New York, while the other met co-defendant Mikhail Semenko on a Washington street corner near the White House. The FBI undercover agents gave each suspect an espionage-related delivery to make. According to court documents, Semenko made the delivery as instructed, but Chapman did not.

Chapman was held without bail and has not entered a plea. An attorney for Chapman, Robert Baum, disputed the allegations claiming they were exaggerated and that his client deserved bail.

Each of the 10 suspects was charged with conspiracy to act as an agent of a foreign government without notifying the U.S. attorney general, which carries a maximum of five years in prison if convicted. Nine of those arrested also face charges of conspiracy to commit money laundering, which carries up to a 20 year prison sentence, according to the New York Post.

Eight of the ten suspects lived as married couples in Virginia, suburbs of New York City, and Boston. According to the Post, in documents filed in federal court in Manhattan Monday, prosecutors claimed the Boston spies gave their handles information about changes at the CIA and the 2008 presidential election, and claimed an agent had talks with a U.S. nuclear expert about bunker-buster warheads.