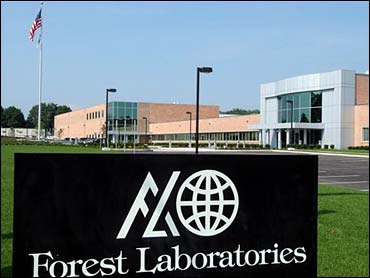 Last month, animal rights extremists followed the wife of a pharmaceutical company executive to her job, rifled through her car and stole a credit card. They used it buy $20,000 in traveler's checks, which they then donated to four charities.

A Web site announcement boasting of the act included a more sinister threat:

"If we find out a dime of that money granted to those charities was taken back we will strip you bear (sic) and burn your (expletive). This is OUR insurance policy."

The actions by the radical Animal Liberation Front appear to be the latest salvo in an ongoing battle pitting scientists, businesses and labs involved in animal research against those intent on stopping them — at almost any cost.

The president of the Foundation for Biomedical Research, a group backed by institutions that rely on animal research, said ALF members operate like terrorists.

"These are unbelievably mean-spirited people who operate under this delusion that they are on a higher moral ground than the rest of us," president Frankie Trull said. "They operate in a classic terrorist organization mode. There are individual cells, and, as we understand it, one doesn't know what another is doing. Regrettably, I think this is actually a growing industry."

ALF's credo on its Web site claims the group "carries out direct action against animal abuse in the form of rescuing animals and causing financial loss to animal exploiters, usually through the damage and destruction of property."

The FBI is investigating a number of incidents over the past year that ALF claims its members committed against Manhattan-based Forest Laboratories and its executives. Forest, which employs 3,000 people in several Long Island communities, specializes in medicines for depression, anxiety, Alzheimer's disease and hypertension.

Jerry Vlasak, a physician and ALF sympathizer who operates a Web site in California that posts the group's communiques, said some of its members claimed responsibility for making the $20,000 donations with the stolen credit card of a Forest executive's wife.

Vlasak — who said he is not an ALF member, although he supports many animal welfare initiatives — said the group also has claimed responsibility for vandalizing a Forest plant in Inwood, on Long Island, last June.

ALF also claims it used a bullhorn at night for a week last October to harass a Forest Laboratories executive, glued the locks on the homes of other company executives and spray-painted their homes and cars with words like "puppy killer" and "murderer."

The Foundation for Biomedical Research on its Web site has a 44-page spreadsheet detailing incidents of vandalism and other crimes across the country allegedly committed over the past several decades by ALF and other groups, including Stop Huntingdon Animal Cruelty.

"The Internet has been a huge boon for their kinds of activities," Trull said. "You can get people to promote their messages above ground, and it's easier to coordinate tactics via e-mail."

The targets don't even need to be directly involved in animal testing or research, said Tim Horner, managing director of the international security firm Kroll Inc.

"Their tactics don't just target a CEO or chairman of the board," he said. "They go after assistants, engineers, lab technicians ... it could be anybody."

Seven people are scheduled to go on trial next month in federal court in Trenton, New Jersey, for operating another Web site that encouraged the terrorizing of Huntingdon Life Sciences and businesses associated with it.

Prosecutors say the defendants encouraged vandalism in July 2002 at a golf club on Long Island. One of the players in a charity tournament scheduled there was an executive of a company that insured Huntingdon.

"There is no question that the fringes of the animal welfare and environmental rights movements have become increasingly radicalized," said Mark Potok, director of the Southern Poverty Law Center's Intelligence Project. "These sectors see themselves in a war against the entire government and industrial democracy itself."

Although ALF says it dissociates itself from actions that harm people, Potok said it's "fairly miraculous" no one has been injured, noting that some ALF members have allegedly set fire to homes and factories.

Trull was not optimistic the situation will change soon.

"My fear is that in this climate they have managed to drive away really brilliant minds from this endeavor," she said. "Is the next lab they target the one that is about to find a cure for Alzheimer's or cancer?"