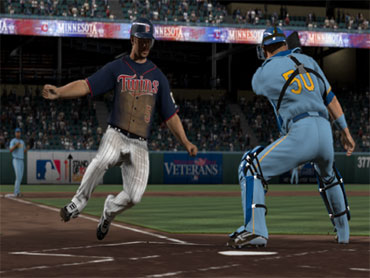 "Angels in America," the surreal HBO miniseries adapted from a Pulitzer Prize-winning play about New Yorkers affected by the AIDS crisis in the 1980s, received a leading 21 Emmy nominations Thursday. Winners will be announced Sept. 19.

"The Sopranos" was the leading nominee among series, with 20 bids.

TV Academy members gave a fond farewell to HBO's "Sex and the City" with a best comedy series nod for its final season, but didn't nominate two other departing series, "Friends" and "Frasier."

Along with "The Sopranos," which has yet to win a best drama series award, and "Joan of Arcadia," other nominees in the best drama series category include "CSI: Crime Scene Investigation," "24," and "The West Wing." The White House drama was last year's winner.

Joining "Arrested Development" and "Sex and the City" in the best comedy series category are "Curb Your Enthusiasm," "Will & Grace" and last year's winner, "Everybody Loves Raymond."

John Ritter, the "8 Simple Rules" comedy star who died last year, received a posthumous nomination as best lead actor in a comedy series. Also nominated in the category are Larry David of "Curb Your Enthusiasm," Kelsey Grammer of "Frasier," Matt LeBlanc of "Friends" and Tony Shalhoub of "Monk," who was last year's winner.

Made-for-TV Movie: "And Starring Pancho Villa As Himself," HBO; "Ike: Countdown to D-Day," A&E; "The Lion in Winter," Showtime; "The Reagans," Showtime; "Something the Lord Made," HBO.