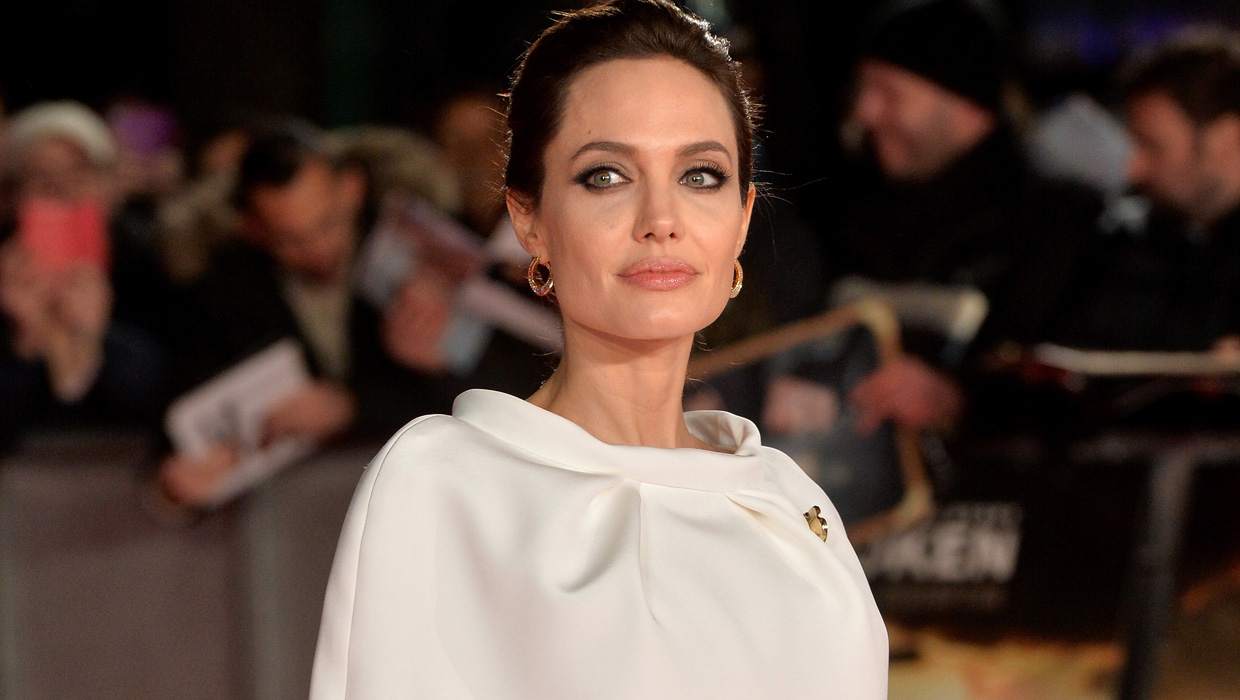 Angelina Jolie has revealed that she had her ovaries and fallopian tubes removed preventively a week ago due to a family history of ovarian cancer and her having a gene mutation that puts her at high risk for the disease.

The 39-year-old film star and director had a preventive double mastectomy two years ago because the same mutation greatly increased her chances of getting breast cancer.

In an op ed in The New York Times on Tuesday Jolie, who is married to fellow movie star Brad Pitt and now goes by the name Angelina Jolie Pitt, recounted events of the last two weeks that led to her latest surgery.

She wrote that, when she told the world about her double mastectomy, "I wanted other women at risk to know about the options. I promised to follow up with any information that could be useful, including about my next preventive surgery, the removal of my ovaries and fallopian tubes."

Jolie said she had been planning that step "for some time," but recent blood tests added urgency to the situation. They pointed to possible increased levels of inflammation in her body that in turn could be indicators of cancer.

"I went through what I imagine thousands of other women have felt," Jolie wrote. "I told myself to stay calm, to be strong, and that I had no reason to think I wouldn't live to see my children grow up and to meet my grandchildren."

"I called my husband in France, who was on a plane within hours," she continued. "The beautiful thing about such moments in life is that there is so much clarity. You know what you live for and what matters. It is polarizing, and it is peaceful."

Jolie described an emotional meeting with the same surgeon who had operated on her mother, who would succumb to ovarian cancer.

The exam didn't show anything unusual, but Jolie had a PET/CT scan and tumor test looking for cancer anywhere in her body.

"If it was somewhere else in my body, I would know in five days. I passed those five days in a haze, attending my children's soccer game, and working to stay calm and focused," Jolie recalled.

The results were normal.

"There was still a chance of early stage cancer, but that was minor compared with a full-blown tumor," Jolie explained. "To my relief, I still had the option of removing my ovaries and fallopian tubes and I chose to do it."

"She is absolutely heroic," said CBS News medical contributor Dr. David Agus. "The idea of being transparent and vulnerable and talking about her own personal decision to educate others is just so powerful. The last time she did it two years ago about her mastectomy thousands of women went for testing. And many lives were saved."

But Jolie made clear that while surgery was the right choice for her, other women may decide differently. "I did not do this solely because I carry the BRCA1 gene mutation, and I want other women to hear this," Jolie stressed. "A positive BRCA test does not mean a leap to surgery. I have spoken to many doctors, surgeons and naturopaths. There are other options. ...There is more than one way to deal with any health issue. The most important thing is to learn about the options and choose what is right for you personally."

She had the surgery last week and says she is already in menopause due to the absence of hormones the ovaries produce.

"It is not possible to remove all risk, and the fact is I remain prone to cancer," Jolie continued. "I will look for natural ways to strengthen my immune system."

Agus explained that the surgery cannot completely eliminate Jolie's cancer risk because "there is ovarian tissue not just in the ovary but spread out through the peritoneum," or lining of the abdominal cavity. "It's a dramatic reduction, as is taking the breasts out -- there's a dramatic reduction of breast cancer and ovarian cancer -- but it's not to zero. There is some risk. She's going to continue to be followed closely."

To ease the consequences of early menopause, doctors could prescribe hormone replacement drugs. "The ovary makes estrogen, progesterone and dozens of other hormones. We can give back estrogen and progesterone to minimize some of the symptoms in certain patients," Agus said. "Taking away those hormones effects risk for heart disease, for bone disease, and clearly hot flashes and other symptoms happen. So it's a major change. But obviously preventing cancer... was paramount in her decision."

Jolie wrote that she feels confident she's done the right thing. "I feel feminine, and grounded in the choices I am making for myself and my family. I know my children will never have to say, 'Mom died of ovarian cancer.'

" ... I feel at ease with whatever will come, not because I am strong but because this is a part of life. It is nothing to be feared.

" ... It is not easy to make these decisions," Jolie concluded. "But it is possible to take control and tackle head-on any health issue. You can seek advice, learn about the options and make choices that are right for you. Knowledge is power."