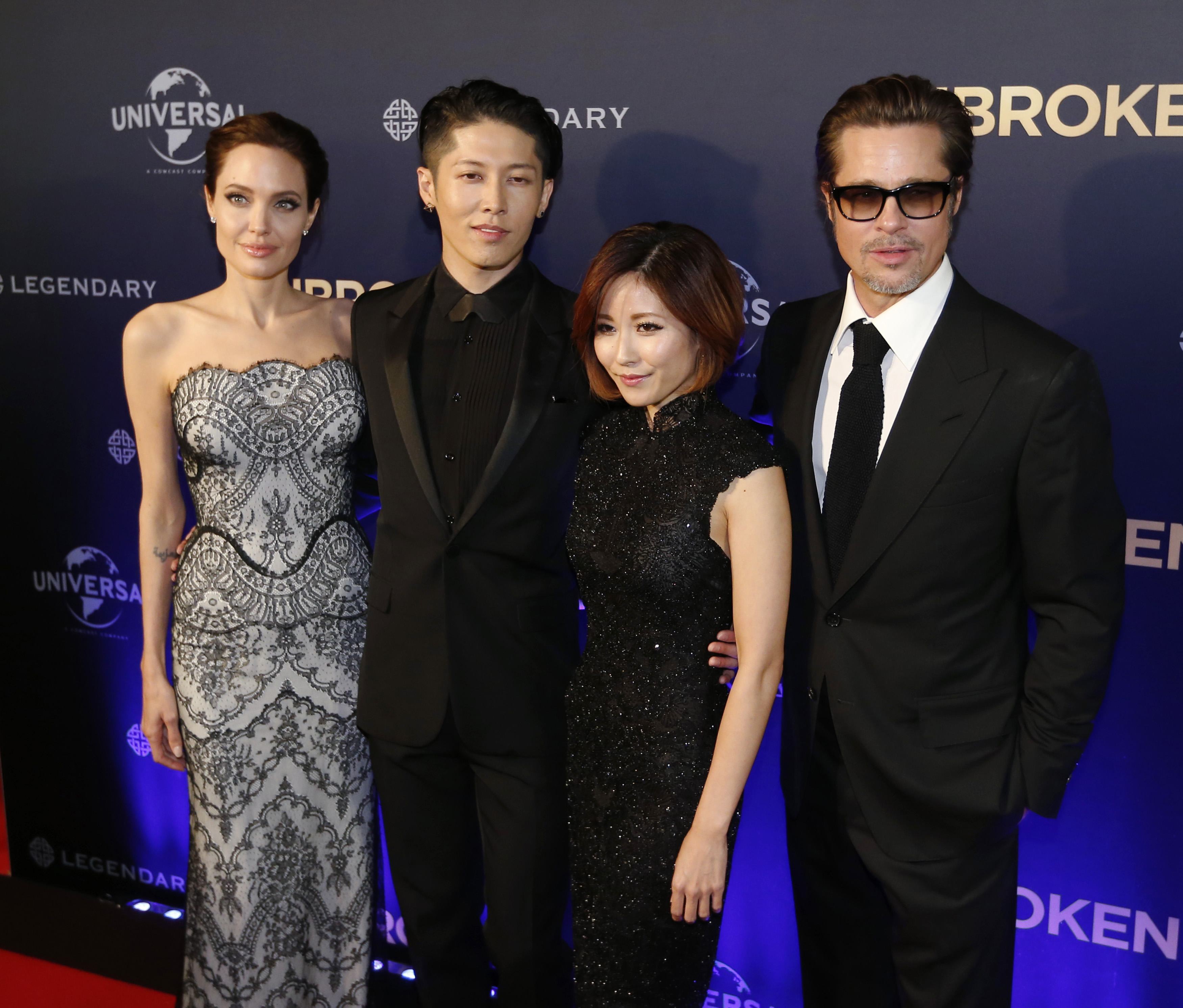 Angelina Jolie and Brad Pitt stepped out for the first time as a married couple on Sunday in Sydney, Australia, for the premiere of "Unbroken."

Jolie sat in the director's chair for the second time with "Unbroken," a film about the journey of American Olympian Louis Zamperini who became a World War II prisoner.

"I think as a human being, as a mother, as someone who works internationally, I needed desperately to know a man like Louis Zamperini in my life, to know that there is hope," Jolie told Reuters at the premiere.

Hundreds of fans were on hand in Australia to get a look at the A-list couple who posed with the film's stars Miyavi Ishihara and Jack O'Connell. Both Jolie and Pitt were spotted taking selfies with onlookers.

On Friday, Jolie presented O'Connell with the New Hollywood honor at the 2014 Hollywood Film Awards. The actor thanked Jolie, bowed and called her "my esteemed boss and good friend -- her ladyship."