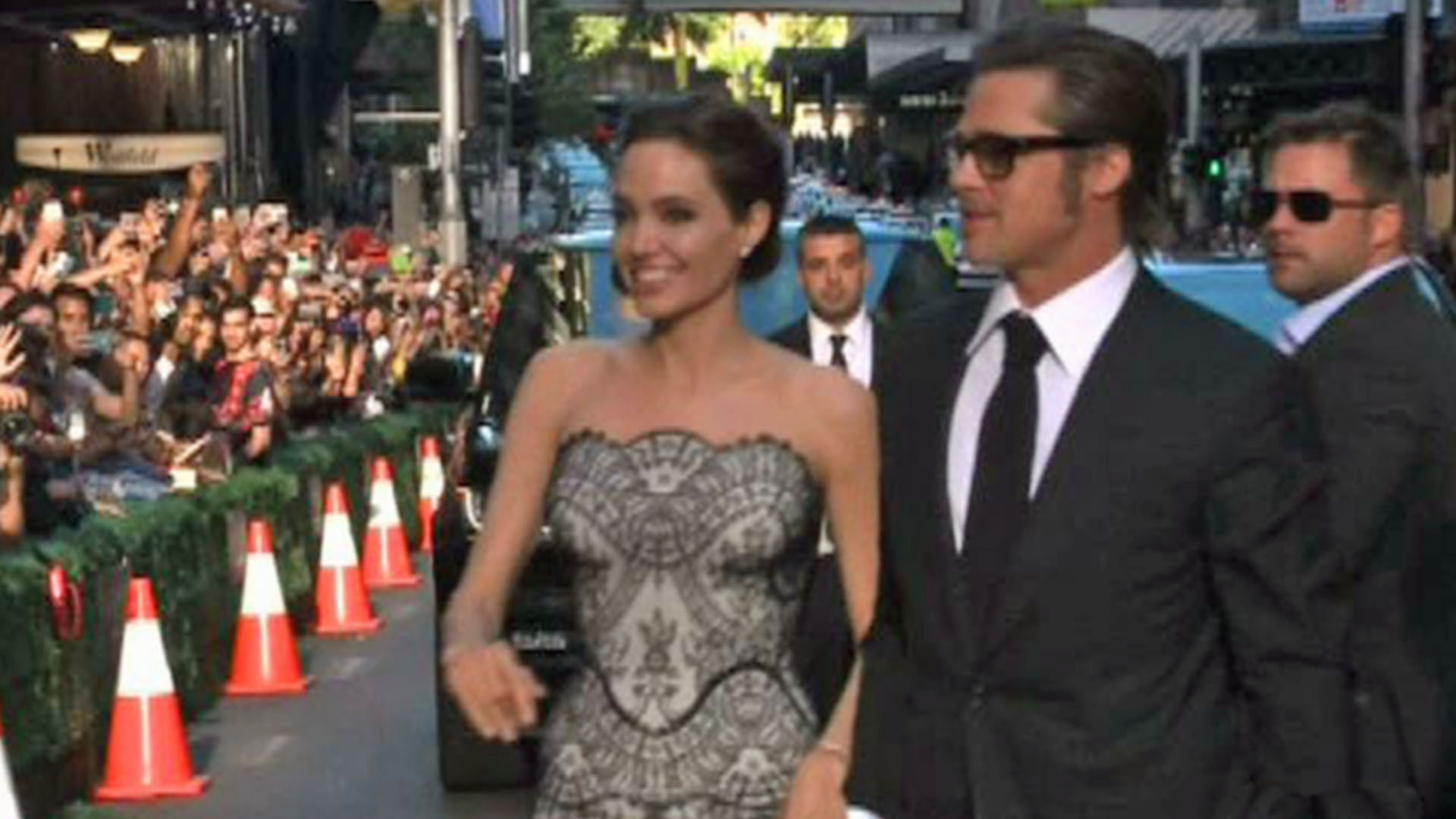 Brangelina has headed to the land Down Under.

Angelina Jolie and Brad Pitt walked the red carpet for the first time as husband and wife Monday night in Sydney, Australia, for the world premiere of her new film, "Unbroken."

Jolie is serving as director once again (she previously helmed the 2007 doc "A Place in Time" and 2011's "In the Land of Blood and Honey") for her new drama about real-life U.S. Olympic runner Louis Zamperini -- who wound up as a Japanese P.O.W. during World War II.

"Unbroken" was shot entirely on location in Australia, which is one of the reasons why Jolie wanted to have the red carpet premiere there. She says she wants to return to the continent at some point for another shoot.

"I can't say enough about Australia," Jolie told Network Ten Australia's Angela Bishop. "I love it here and I will definitely be back."

Jolie won her first Oscar in 2000 for her performance as troubled mental patient in "Girl, Interrupted." She was also honored by the Academy of Motion Picture Arts and Sciences (the organization which gives out the Oscars) this year with the Jean Hersholt Humanitarian Award. If early buzz is any indication, Jolie could be praised from the academy again with a possible best director nomination for her work on "Unbroken."

"Anything that says, 'You did a good job' is going to make me feel on top of the world," Jolie said. "But Louis saw the film [before he died in July at age 97]. There's nothing that could top that."

Watch the video above to see Jolie describe what it was like working with Pitt on the upcoming film "By the Sea."