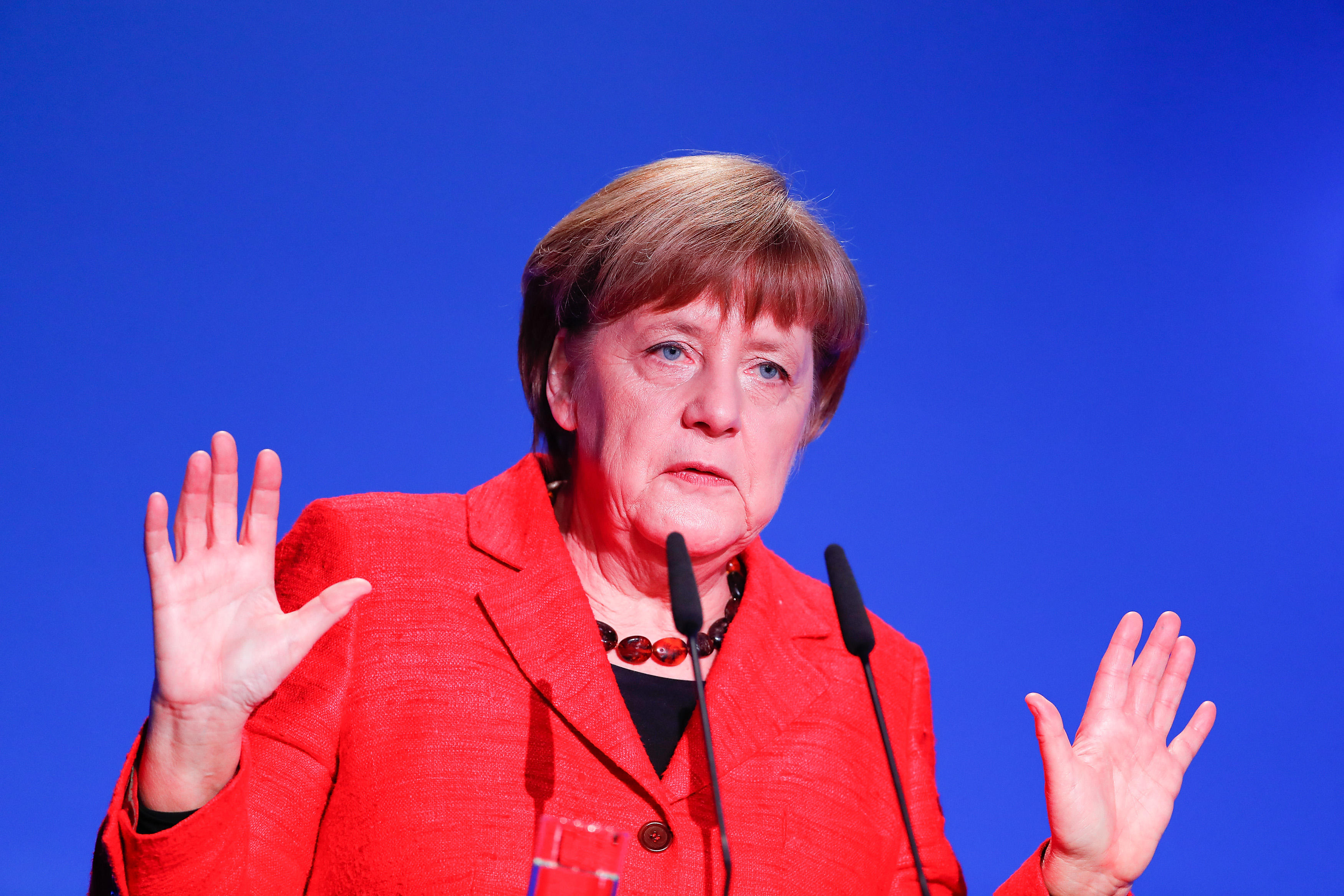 President Donald Trump and German Chancellor Angela Merkel are arguably the two most influential leaders in the Western world. They’re also two of the most different -- both in temperament and in their views on a whole host of issues.

Friday’s meeting between Mr. Trump and Merkel -- originally scheduled for Tuesday, but postponed because of D.C. weather -- will be watched closely on both sides of the Atlantic, particularly amid concerns that the new president’s “America First” rhetoric will reshape the longstanding close relationship between the United States and Germany.

“We’re still in the phase of trying to figure out how the new administration is going to work in terms of the conflicting messages coming out of the different power centers in the White House and the different agencies,” said Sudha David-Wilp, a senior transatlantic fellow at the German Marshall Fund in Berlin. “So I think it will certainly be helpful for Chancellor Merkel to hear it from the man at the top, about his feelings on certain transatlantic issues.”

The meeting will be an important chance for Mr. Trump to clarify his views on institutions like NATO and the European Union -- and also, experts say, a potential opportunity for him and Merkel to find some common ground, most likely where economic issues are concerned.

“I think the perception in Germany is that it’s probably the most difficult and the most important meeting for Merkel in her long career, this meeting with Trump, because it’s so crucial for Germany,” said Jan Philipp Burgard, a political scientist and journalist for the German TV network ARD who has covered politics in the U.S. and Germany.

The importance of the meeting is complicated by the fact that the two politicians’ relationship thus far hasn’t been exactly chummy. Mr. Trump has long been critical of Merkel, particularly as it relates to her policy on refugees: during the campaign, he disparagingly referred to Democratic candidate Hillary Clinton as “America’s Angela Merkel,” and once suggested Germans “are going to end up overthrowing this woman” over her refugee policy. And back in late 2015, when Merkel was named Time Magazine’s “Person of the Year” over Mr. Trump, he tweeted his frustration by suggesting that Merkel was “ruining Germany.”

Merkel, for her part, avoided reacting to Mr. Trump’s campaign-trail criticism -- and to any of his social media postings since he took office in January. As a rule, Merkel doesn’t react to the written statements of other foreign leaders, a strategy that has served her well with such a Twitter-inclined president in Washington.

“I believe that direct, one-on-one conversations are always much better than talking about each other,” she said in Munich on Monday. “Talking together instead about each other: that’ll be my slogan for this visit, which I’m really looking forward to.”

Still, she’s made several pointed comments that express, below the surface, her disapproval of Mr. Trump’s words and actions. After his election in November, Merkel released a statement noting that Germany and the U.S. are “bound by common values -- democracy, freedom, as well as the respect for the rule of law and the dignity of each and every person, regardless of their origin, skin color, creed, gender, sexual orientation, or political views.” She said she offered cooperation to Mr. Trump “based on these values.”

And when Mr. Trump announced his travel ban back in January, she was critical of the policy. At the time, Merkel spokesman Steffen Seibert said the German leader is “convinced that even the necessary, resolute fight against terrorism doesn’t justify putting people of a particular origin or particular faith under general suspicion.”

Observers on both sides of the Atlantic say this visit is a good precursor for other meetings they’ll have at other international summits later this year.

“The purpose of this trip is to check a box that says, ‘I know the guy, we’ve met, and we have three more times we’re going to meet,” said Jack Janes, president of the American Institute for Contemporary Germany Studies, referring to the meetings of the G-7, the G-20 and NATO this year at which Mr. Trump and Merkel will again interact. “She wanted to make sure nobody was speculating about why she didn’t go see him before these meetings occurred.”

As far as the two leaders’ different temperaments, experts stressed that Merkel will be prepared: she’s dealt with all manner of different personalities during her time leading Germany, from Russian President Vladimir Putin to former Italian Prime Minister Silvio Berlusconi to former French President Nicolas Sarkozy. Throughout, she’s earned a reputation as a pragmatic and cautious leader.

“She has a lot of experience in dealing with all kinds of different personalities as leaders over the last 12 years, and I think that is a big advantage,” said Nico Lange, director of the Washington office of Konrad Adenauer Foundation, a German political foundation. “Having dealt with so many different people in different situations, negotiating in complicated situations -- I think that experience will help her.”

Confrontational diplomacy, Lange continued, “is just not her style.”

Along those lines, observers hoping Merkel will deliver a pointed message to Mr. Trump -- or that she’ll focus the visit on defending the liberal world order she represents -- are likely to be disappointed. In an effort to seek common ground, economic issues may be the place to find them.

Traveling to Washington with Merkel are CEOs of some of the top German companies with workers in the U.S., including car-maker BMW and tech company Siemens. With Mr. Trump’s focus on creating new jobs in America -- and his questions about trade imbalances with other major countries -- these CEOs will be able to discuss the size of their investments in U.S.-based jobs. Also likely to come up is Germany’s apprenticeship program, which could serve as a model for similar programs in the U.S.

Trade is “a very big thing on the agenda for her,” said Fran Burwell, vice president at the Atlantic Council.

“I understand she’s coming with a lot of German businesspeople, and [Trump trade adviser] Peter Navarro has said that Germany might be a currency manipulator,” Burwell said. “It’s true that Germany does have a large surplus with us, which has been a focus of this administration, but what she’s going to do undoubtedly is talk about how many German companies invest in the United States.”

Merkel previewed that intended focus in Munich on Monday, talking about the importance of trade between Germany and the U.S.

“The United States of America is a key trading partner for Germany and for the entire European Union,” she said. “Trade is advantageous for both sides and I’m looking forward to the chance to speak to the newly elected American president about these issues.”