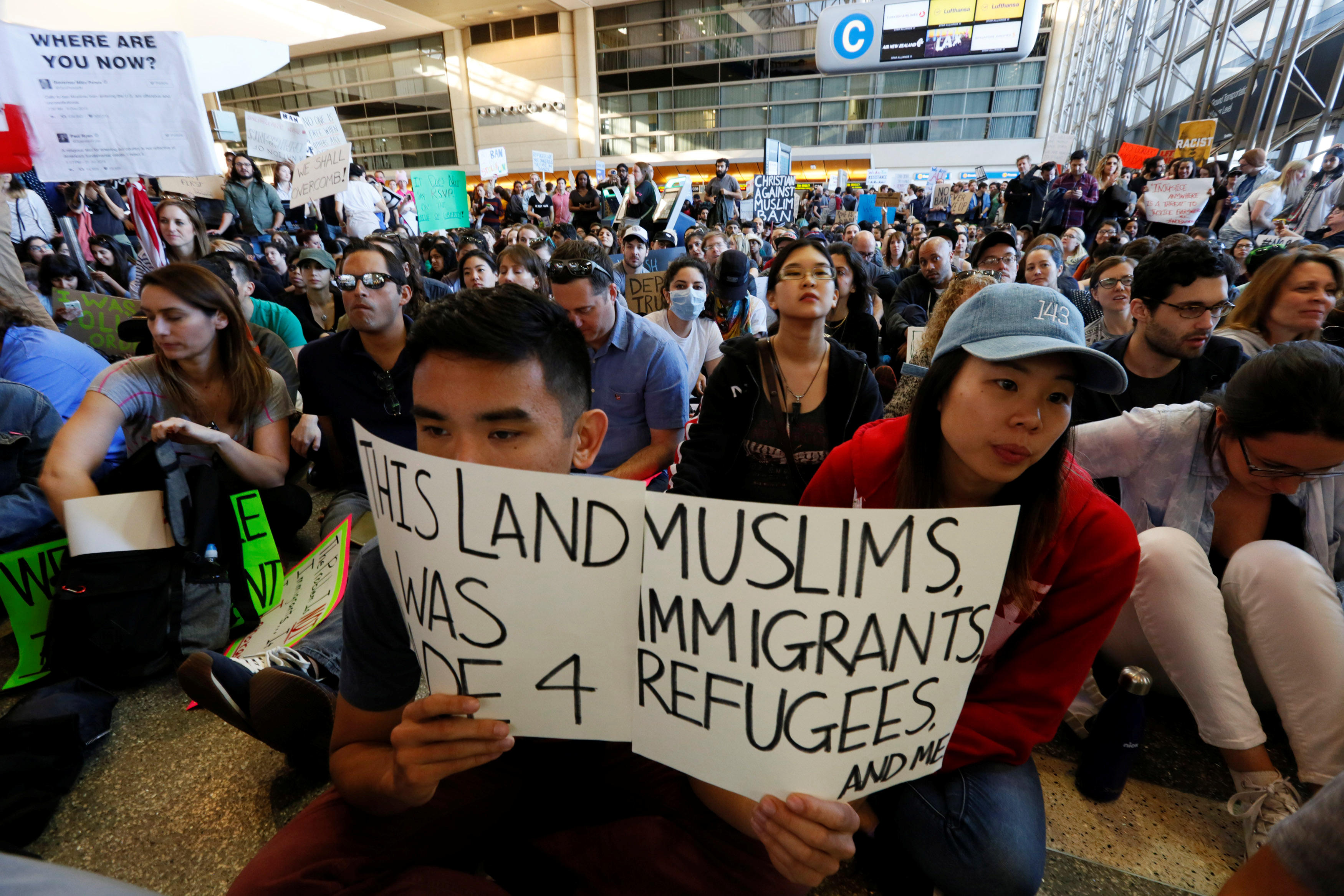 President Trump signed an immigration executive order suspending travel by individuals from seven countries whose use of the visa waiver program was restricted during the Obama administration. These countries are also predominantly Muslim. In implementing the order, Customs and Border Protection (CBP) turned away travelers with valid visas and detained many legal permanent residents from these countries at airports across the U.S.

A New York Judge issued an emergency stay against Mr. Trump’s executive order, ruling that individuals from any of the seven countries who had arrived in U.S. airports with valid visas or approved refugee applications could not be removed from the U.S., citing the Constitution’s due process and equal protection provisions.

Then, in Seattle, U.S. District Court Judge James Robart, a George W. Bush appointee, issued a temporary restraining order blocking the travel ban’s implementation “on a nationwide basis.” Washington state, Minnesota and Hawaii argue that the temporary restraining order, which blocks the travel ban, should remain in place. This has the effect of nullifying Mr. Trump’s executive order. In essence, for now, it’s as if Mr. Trump’s “extreme vetting” executive order had never been written. The restraining order should last 14 days unless it’s overturned on appeal.

The Justice Department then appealed, filing a brief with the 9th Circuit Court of Appeals that argued that the president alone has the right to determine who should be allowed to enter the country and who should not.

The 9th Circuit denied the Trump administration’s attempt to immediately reinstate the ban, and asked for briefs from  Washington state and Minnesota, which filed a brief Sunday, and the Justice Department, which was to file by Monday evening.

Washington state and Minnesota argued to the 9th Circuit that the Trump travel ban should not be reinstated.

“Defendants now ask this Court to unleash chaos again by staying the district court order,” the states’ lawyers wrote. “The Court should decline.”

The Justice Department argued in its appeal to the 9th Circuit that immigration and national security are the sole province of the president, not of the courts. It also claimed that the executive order does not discriminate by religion -- just by country of origin -- and all seven countries were designated terror sponsors by prior administrations. But the Justice Department’s brief in the last few lines seemed to suggest another option in lieu of lifting the injunction entirely.

“At most, the injunction should be limited to the class of individuals on whom the State’s claims rest—previously admitted aliens who are temporarily abroad now or who wish to travel and return to the United States in the future,” the brief read.

The court in this case is not ruling on the merits of the travel ban, only on the Seattle judge’s nationwide injunction which remains in effect. Monday evening, the 9th Circuit called for oral arguments Tuesday at 6 p.m. ET.

A three-judge panel on the 9th Circuit Court of Appeals will hear oral arguments by phone -- 30 minutes for each side at 6 p.m. ET by phone, and the court is reportedly live streaming the arguments on its website.

In about two weeks, once the temporary restraining order put in place by Judge Robart expires, the U.S. District Court in Seattle, is expected to hold hearings on whether or not to issue an injunction on the Trump travel ban.